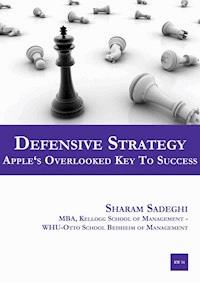 Apple gets a lot of credit for being an innovative and cool brand. The purity in design, seamless interaction between hardware and software, as well as, the unique user-experience are usually its top-three key success factors highlighted. But, while that might be true, it is not the real secret behind its success: The underestimated and often overlooked truth lies in the way of how Apple protects its innovations. The objective of this work is to examine, why having a defense system in place, for immediate and appropriate response, is crucial for successful companies to sustain their profitability and position in the market at the same time. We will further analyze why leading incumbents fail to respond to offensive threats and lose their right to exist. Moreover, we will discuss the defensive strategies and tactics a company might utilize, when under attack. To visualize the need for and the effectiveness of successful defensive strategies, we will analyze the way how the Cupertino-based company has succeeded in retaining its leading position to become the business world’s most valuable brand of today. 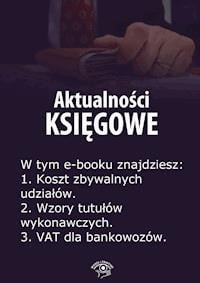 No part of this publication may be reproduced, stored in a retrieval system or transmitted in any form or by any means, electronic, mechanical, photocopying, recording or otherwise, without the prior permission of the copy right owner.

Designations used by companies to distinguish their products are often claimed as trademarks. All brand names and product names used in this book are trade names, service marks, trademarks or registered trademarks of their respective owners.

Sharam Sadeghi, the author of this eBook, is a sales and marketing professional with proven success in driving marketing strategies and execution at Fortune Global 500 companies: His career started at The Coca-Cola Company, before he moved to Sony, LG Electronics and Vodafone in Germany. His marketing expertise spans the full marketing mix spectrum with key responsibilities in product marketing, brand management and direct marketing.

Defensive Strategy – Apple’s Overlooked Key to Successis the topic of his Master Thesis to complete the two-year’s Executive MBA program in August 2012, held at Northwestern University’s Kellogg School of Management in partnership with WHU-Otto Beisheim School of Management.

He is the author of Defending Your Brand: How Smart Companies Use Defensive Strategy to Deal with Competitive Attacks (Palgrave Macmillan, 2012) and Breakthrough Marketing Plans (Palgrave Macmillan, 2008). He is co-editor of Kellogg on Branding (John Wiley & Sons, 2005). Tim has published more than a dozen Kellogg case studies including Crestor, MedImmune: FluMist Introduction and Genzyme: the Synvisc-One Investment Decision.

2.1 A Company in Transformation: From Apple Computer, Inc. to Apple Inc.

2.3 iDefend – How Apple Succeeds to Defend its Position Successfully.

2.3.2 Play a price orchestra along the product line to lock out competition!

2.3.3 Welcome to Troy: Create an ecosystem that works seamlessly!

2.3.4 Know what is best for your customer, make them want it and keep them!

2.3.5 Eat up resources your competitor might need and weaken their ability to maneuver!

2.3.7 Create direct access to your customers via own retail stores!

2.3.8 Build up a patent wall & use your intellectual property as defensive assets!

2.3.10 Create a fluid, agile organization and be mystical about it!

3.Defensive Strategy – The Theories Behind the Concept..

3.1 What Is Defensive Strategy & Why Does It Matter?.

3.2 Why Companies Fail to Defend?.

3.3 Which Defensive Strategy Should a Company Consider?.

3.4 How to Defend Effectively?.

In times, in which economic growth slows down, resources become scarce, costs of energy explode, technological resources proliferate, consumers’ behavior changes, and desire for mobility in all aspects increases, companies become increasingly challenged to protect their growth expectations and profitability in an intensely competitive environment. As a result, organizations aim to maintain their profitability at the expense of competing rivals in the same market place, offering similar products and services. This attempt requires the organizations to shift their focus towards market share gains rather than approaching market growth gains[1] – a step, which often includes sacrificing profitability at the end. In this gameplay, usually the market leader is the one to expect direct attacks from either existing competitors in the same category, or new entrants that improved their distinctiveness and relative competitive advantage to the incumbent. Responding to such threats is called defensive strategy, helping the incumbent to protect and maintain its market position.

As the Walkman generation, we have been witness to how an iconic and innovative brand, as Sony originally was perceived, has dramatically lost its leading position in almost all business areas it dominated from the 1980s, until mid-1990s. One could have assumed that Sony, with its unique structure as a conglomerate, holding an entertainment business (music, movies, games), a consumer electronics business, including mobile phones, and other services (financial services etc.) under one roof, has the invincible position to concentrate the synergies and offer integrated and innovative products and services from a single source, leaving other competitors far behind. The reality at hand is, that the company that once defined Japan’s technological prowess is now in fight; it is in fight to remain alive: Mr Kazu Hirai, the new CEO as of April 2012, and successor to Howard Stringer, has a truly tough starting position to strive for substantial change, while respecting the company’s heritage. For its closing fiscal year of 2011/12, Sony has (again) announced a record net loss of $5.7 billion. Since the beginning of the year 2012, the company’s share price has dropped by 12 percent in May of the same year, which is equivalent to a market value of $15 billion, or just three percent of Apple’s value.[2]

What happened to the rising star?

It appears that Sony failed to respond effectively, or even missed to foresee the changing environment, while strong competitors entered the same field, armed with disruptive technologies, innovative products, well thought-through value chains, and lastly marketing strategies letting the erstwhile desired brand of the “It’s a Sony!” generation appear old-fashioned, less innovative and not worth paying the premium price for, today. One by one, Sony lost its leading position in almost every category it competed in, be it hardware, software or content: The company had to see Samsung taking the lead in the TV business, while Apple took over the pole position with its digital content fortress and undefeated ecosystem in the music and mobile devices category. In the segment of game consoles, the company has surprisingly lost ground to Nintendo and Microsoft, but, could meanwhile recover through price cuts of its Playstation3 by sacrificing profit at the same time.[3] In the mobile and smartphone business, the company decided, in October 2011, to try a re-start and to leave the joint venture with Ericsson, and focus on the smartphone business only.[4]

The objective of this work is to examine, why having a defense system in place, for immediate and appropriate response, is crucial for successful companies to sustain their profitability and position in the market at the same time. We will further analyze why leading incumbents fail to respond to offensive threats and lose their right to exist. Moreover, we will discuss the defensive strategies and tactics a company might utilize, when under attack. To visualize the need for and the effectiveness of successful defensive strategies, we will start with Apple as the best practice example.

The company from Cupertino gets a lot of credit for being an innovative and cool brand. The purity in design, seamless interaction between hardware and software, as well as, the unique user-experience are usually its top-three key success factors highlighted. But, while that might be true, it is not the real secret behind its success: The underestimated and often overlooked truth lies in the way of how Apple protects its innovations. Along the example, we will focus on its iPod and iTunes business and discuss how Apple obtained the lead in both, the digital music market, and digital media player segment at the same time. Furthermore, we will analyze the tactics of how the Cupertino-based company has succeeded in retaining its leading position in both segments, which helped Apple on its way to become the business world’s most valuable brand of today.

In 2011, Apple sold 147 million post-PC devices (iPod, iPhone, and iPad), accounting for 75% of the company’s annual revenue (including sales from related products and services). With $6.3 billion, the iTunes store contributes 6% of Apple’s total net sales,[5] where we can already assume a prospective growth potential in correlation with the increased sales of the post-PC device category on one, and penetration of the iTunes software installment base on the other side. By the end of 2011, the company counted 357 own retail stores, generating $14.13 billion revenue, that is 13% of its total sales revenue.[6] The reported net income in the fiscal year 2011 was $25.9 billion, equivalent to an increase of +85% vs. fiscal year 2010.[7] Finally, with a market cap of about $500 billion, Apple is more valuable than Exxon Mobil by $100 billion, as reported by Fortune magazine in its June 2012 issue.[8]

The success story of Apple is a story of a company that has revolutionized a variety of industries, from personal computers, music, mobile phones, tablet computing, digital publishing, and mono-brand retail business. It has achieved this position by attacking the core of an existing segment (e.g. portable music devices and legal digital music distribution), or by creating a new, redefined segment (e.g. smartphones, tablets). At the same time, the success in existing and new categories increases the company’s vulnerability through a number of different flanks that will and already have become targets of competition from a variety of industries. Thus, the company is only able to sustain its leading position by having the right defense strategies and tactics implemented to protect its diverse flanks.

In the further course of this work, we will focus on the era from 2001 until today, and examine the defensive moves Apple has taken to protect its business. Here, we will focus mainly on its iPod category (including the business generated by the iTunes Store) that represented nearly 50% of Apple’s sales revenue in 2006, before iPhone was launched in2007.As we will see, most of the key strategic moves and tactical patterns that helped Apple to strengthen its iPod business are now protecting its post-PC fortress, including the iPhone and iPad category. To understand why the company is there, where it is today, it is essential to know where it came from.

2.1A Company in Transformation: From Apple Computer, Inc. to Apple Inc.

“Victory in our industry is spelled survival. The way we’re going to survive is to innovate our way out of this.”Steve Jobs, Interview with TIME in 2001

Apple Computer, Inc. was officially founded by Steven Paul Jobs, a 21-year-old college dropout working at Atari, and Steve “Woz” Wozniak, a 26-year-old employee of Hewlett-Packard, on April 1, 1976. Ronald Wayne, a third founder, left the company, after less than two weeks. He sold his share of the newly created company for just $800, three months after its inception.[9]