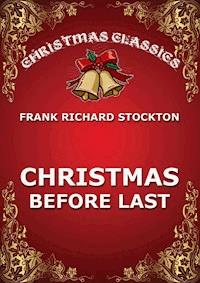 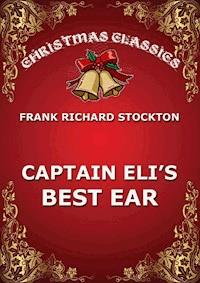 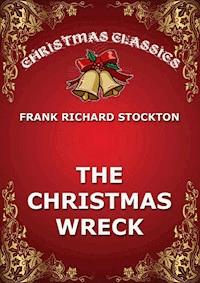 Or, The Fruit Of The Fragile Palm

The "Horn o' Plenty" was a fine, big, old-fashioned ship, very high in the bow, very high in the stern, with a quarter-deck always carpeted in fine weather, because her captain could not see why one should not make himself comfortable at sea as well as on land. Covajos Maroots was her captain, and a fine, jolly, old-fashioned, elderly sailor he was. The "Horn o' Plenty" always sailed upon one sea, and always between two ports, one on the west side of the sea, and one on the east. The port on the west was quite a large city, in which Captain Covajos had a married son, and the port on the east was another city in which he had a married daughter. In each family he had several grandchildren; and, consequently, it was a great joy to the jolly old sailor to arrive at either port. The Captain was very particular about his cargo, and the "Horn o' Plenty" was generally laden with good things to eat, or sweet things to smell, or fine things to wear, or beautiful things to look at. Once a merchant brought to him some boxes of bitter aloes, and mustard plasters, but Captain Covajos refused to take them into his ship.

"I know," said he, "that such things are very useful and necessary at times, but you would better send them over in some other vessel. The 'Horn o' Plenty' has never carried any thing that to look at, to taste, or to smell, did not delight the souls of old and young. I am sure you cannot say that of these commodities. If I were to put such things on board my ship, it would break the spell which more than fifty savory voyages have thrown around it."

There were sailors who sailed upon that sea who used to say that sometimes, when the weather was hazy and they could not see far, they would know they were about to meet the "Horn o' Plenty" before she came in sight; her planks and timbers, and even her sails and masts, had gradually become so filled with the odor of good things that the winds that blew over her were filled with an agreeable fragrance.

There was another thing about which Captain Covajos was very particular; he always liked to arrive at one of his ports a few days before Christmas. Never, in the course of his long life, had the old sailor spent a Christmas at sea; and now that he had his fine grandchildren to help make the holidays merry, it would have grieved him very much if he had been unable to reach one or the other of his ports in good season. His jolly old vessel was generally heavily laden, and very slow, and there were many days of calms on that sea when she did not sail at all, so that her voyages were usually very, very long. But the Captain fixed the days of sailing so as to give himself plenty of time to get to the other end of his course before Christmas came around.

One spring, however, he started too late, and when he was about the middle of his voyage, he called to him Baragat Bean, his old boatswain. This venerable sailor had been with the Captain ever since he had commanded the "Horn o' Plenty," and on important occasions he was always consulted in preference to the other officers, none of whom had served under Captain Covajos more then fifteen or twenty years.

"Baragat," said the Captain, "we have just passed the Isle of Guinea-Hens. You can see its one mountain standing up against the sky to the north."

"That makes it plain," said the Captain, "that we are not yet half-way across, and I am very much afraid that I shall not be able to reach my dear daughter's house before Christmas."

"That would be doleful, indeed," said Baragat; "but I've feared something of the kind, for we've had calms nearly every other day, and sometimes, when the wind did blow, it came from the wrong direction, and it's my belief that the ship sailed backward."