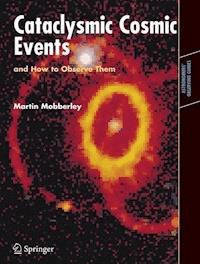 Cataclysmic Cosmic Events and How to Observe Them ebook

In the Victorian era – or for non-British readers, the mid-to-late nineteenth century – amateur astronomy tended to center on Solar System objects. The Moon and planets, as well as bright comets, were the key objects of interest. The brighter variable stars were monitored, but photography was in its infancy and digital imaging lay a century in the future. Today, at the start of the twenty-first century, amateurs are better equipped than any professionals of the mid-twentieth century, let alone the nineteenth. An amateur equipped with a 30-cm telescope and a CCD camera can easily image objects below magnitude 20 and, from very dark sites, 22 or 23. Such limits would have been within the realm of the 100- and 200-inch reflectors on Mount Wilson and Mount Palomar in the 1950s, but no other observatories. However, even those telescopes took hours to reach such limits, and then the photographic plates had to be developed, fixed, and examined by eye. In the modern era digital images can be obtained in minutes and analyzed ‘on the fly’ while more images are being downloaded. Developments can be e-mailed to other interested amateurs in real time, during an observing session, so that when a cataclysmic event takes place amateurs worldwide know about it. As recently as the 1980s, even professional astronomers could only dream of such instantaneous communication and proc- sing ability.