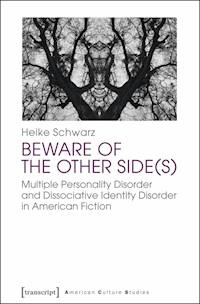 Beware of the Other Side(s) ebook

This interdisciplinary study examines the still vivid phenomenon of the most controversial psychiatric diagnosis in the United States: multiple personality disorder, now called dissociative identity disorder. This syndrome comprehends the occurrence of two or more distinct identities that take control of a person's behavior paired with an inexplicable memory loss. Synthesizing the fields of psychiatry and the dynamics of the disorder with its influential representation in American fiction, the study researches how psychiatry and fiction mutually shaped a mysterious syndrome and how this reciprocal process created a genre fiction of its own that persists until today in a very distinct self-referential mode.