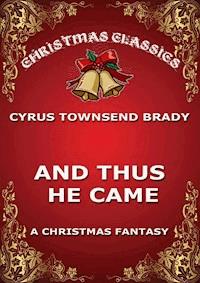 And Thus He Came ebook

A Christmas fantasy in which Jesus becomes again a determining influence in the crises of human lives. In the form of a child he appears to those who need aid or solace, in scenes ranging from the ballroom to the slums. It might be said of the little stories gathered together between the covers of "And Thus He Came: A Christmas Fantasy," by Cyrus Townsend Brady, that they fall across the brain of the reader like spiritual mirages in the midst of a world of overgrown materialism. Each is poignant with a message: To the hectic dancer in the brilliant ballroom, planning to elope with a lover, comes the vision of the Christ-Child, and thrusting temptation from her she is inspired book contains a number of dainty tipped-in pictures by Walter N. Everett. 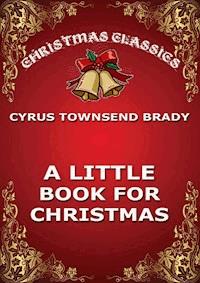 IX - The Forgiver of Sins

X - The Giver of Life

XI - The Stiller of the Storm

"A LITTLE CHILD SHALL LEAD THEM"

The heavy perfume of rare blossoms, the wild strains of mad music, the patter of flying feet, the murmur of speech, the ring of laughter, filled the great hall. Now and again a pair of dancers, peculiarly graceful and particularly daring, held the center of the floor for a moment while the room rang with applause.

Suddenly the music stopped, the conversation ceased, the laughter died away. Almost, as it were, poised in the air, the dancers stood amazed. One looked to another in surprise. Something stole throughout the room which was neither music, nor lights, nor fragrance, but which was life—a presence!

"Do you see that child?" asked the wildest of the dancers of her escort. "There," she pointed. "He looks like a very little boy."

"I see nothing," said the man, who still held her in the clasp of his arm.

"He is strangely dressed, although I see him indistinctly, vaguely," whispered the woman. "He wears a long white robe and there is a kind of light about his face. See, he is looking at us."

"I see nothing," repeated the man in low tones. "The heat, the light, the music, have disturbed you; let me get you—"

"I want nothing," interposed the woman, waving the man aside and drawing away from his arm. "Don't you see him, there?"

She made a step toward the center of the room. She stopped, put her hand to her head.

"Good," said the man, while at that instant the room suddenly rang with cries: "Go on with the music, the dance is not half over." He extended his arm to the woman again. "Our dance is not finished."

"Yes, it is," she said as the flying feet once more twinkled across the polished floor, as everybody took a long breath and a new start apparently unconscious of the pause.

"I don't know, but I'm going back home to my child.Good-night."

Yes, the music had stopped suddenly. The man in the farthest alcove turned to his companion. They were hidden by a group of palms.

"I wonder why?" queried the woman. She was deathly pale. Her eyes were dark with fear, yet alight with passionate determination.

"When it begins," said the man tenderly, "we will slip away. My car is outside. Everything is ready."

"That is my husband over there," said the woman.

"That woman with him is leaving him," she said. "I wonder why." She turned suddenly with a great start. "There is somebody here," she whispered, staring into the back of the alcove.

"Nonsense," said the man, throwing a glance around the recess. "There's nobody here but you and I. We are alone together, as we shall be hereafter, when we have taken the step."

"But that child," whispered the woman, "with his strange vesture and his wonderful face. His eyes look at me so."

"There is no child there, my dear," urged the man; "you are overwrought, excited, nervous. The music starts. Let us go."

He stretched out his hand to the woman, but as he came nearer she shrank back with her own hand on her heart.

"Of course he's gone," he answered soothingly. "Now is our time to get away. Let me—"

"But you knew that before," pleaded the man. "Besides—"

"SUFFER THE LITTLE CHILDREN TO COME UNTO ME"