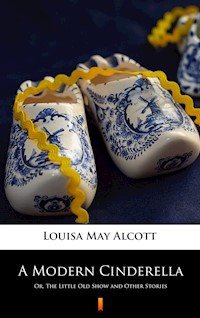 A Modern Cinderella. Or, The Little Old Show and Other Stories ebook

A Modern Cinderella. Or, The Little Old Show and Other Stories ebook

Louisa May Alcott created some fascinating short stories here. „A Modern Cinderella: or The Little Old Shoe And Other Stories” contains four short stories by Louisa May Alcott, the author of „Little Women”: „A Modern Cinderella”, „Debby’s Debut”, „The Brothers”, and „Nelly’s Hospital”. Like her more famous novels, Alcott tells stories of young women interacting with people and events from the late 1800s. Louisa May Alcott bestows a truly amusing and thoroughly modern retelling of The Brothers Grimm’s Cinderella. „Little Women” is certainly Louisa May Alcott’s best known book, but don’t miss her refreshing version of this classic fairy tale, „A Modern Cinderella”. Alcott pokes fun throughout, describing a „cool blonde” as „having many cares those happy little housewives never know.” What modern gal doesn’t appreciate that those old, worn out shoes are dependable and will take you far – forget impractical glass slipper or stilettos! A great addition to the Alcott library of stories. 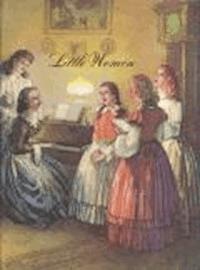 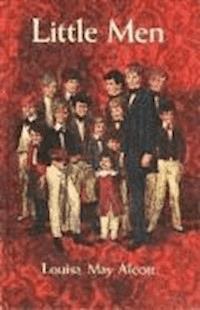 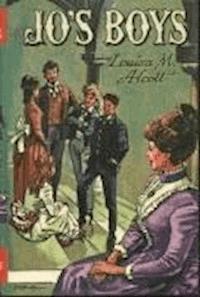 Jo's Boys, and How They Turned Out: A Sequel to &quot;Little Men&quot;
Louisa May Alcott 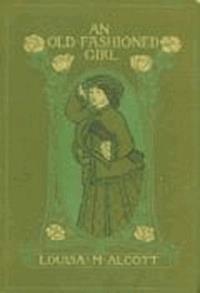 An Old-fashioned Girl
Louisa May Alcott 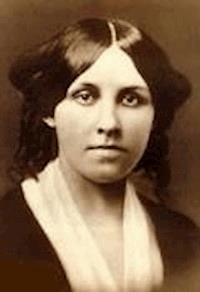 The Abbot's Ghost, or Maurice Treherne's Temptation
Louisa May Alcott 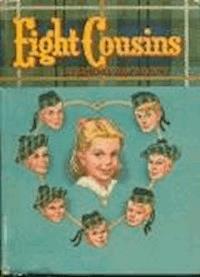 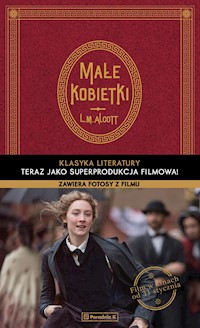 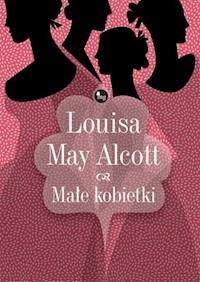 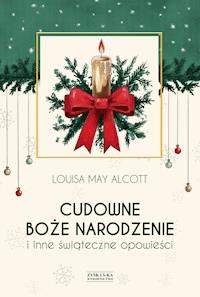 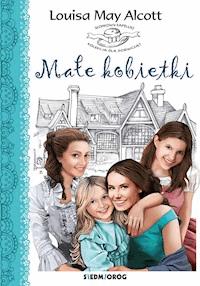 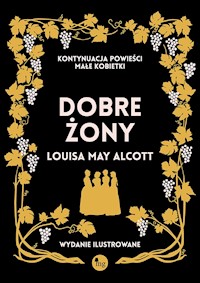 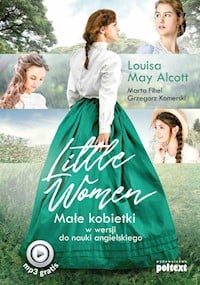 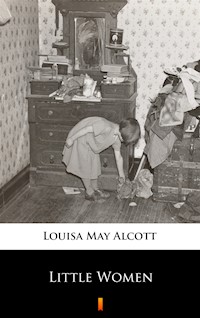 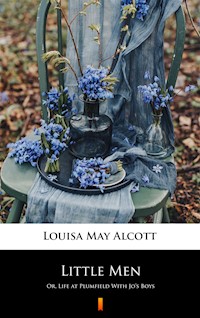 Little Men. Or, Life at Plumfield With Jo’s Boys
Louisa May Alcott 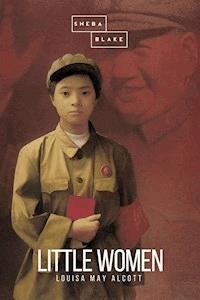 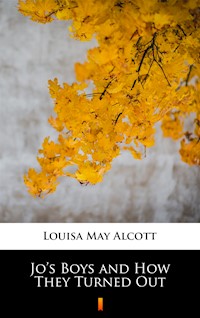 Jo’s Boys and How They Turned Out
Louisa May Alcott 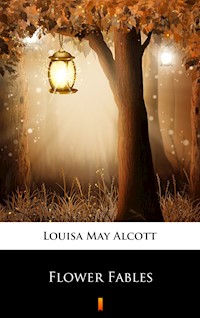 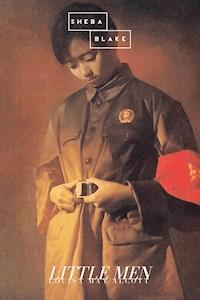 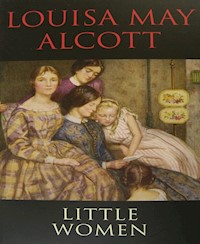 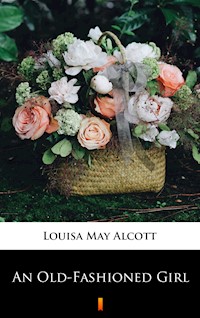 An Old-Fashioned Girl
Louisa May Alcott

HOW IT WAS LOST

HOW IT WAS FOUND

HOW IT WAS LOST

Among green New England hills stood an ancient house, many-gabled, mossy-roofed, and quaintly built, but picturesque and pleasant to the eye; for a brook ran babbling through the orchard that encompassed it about, a garden-plat stretched upward to the whispering birches on the slope, and patriarchal elms stood sentinel upon the lawn, as they had stood almost a century ago, when the Revolution rolled that way and found them young.

One summer morning, when the air was full of country sounds, of mowers in the meadow, black-birds by the brook, and the low of kine upon the hill-side, the old house wore its cheeriest aspect, and a certain humble history began.

And a head, brown-locked, blue-eyed, soft-featured, looked in at the open door in answer to the call.

“Just bring me the third volume of ‘Wilhelm Meister,’ there’s a dear. It’s hardly worth while to rouse such a restless ghost as I, when I’m once fairly laid.”

As she spoke, Di PUlled up her black braids, thumped the pillow of the couch where she was lying, and with eager eyes went down the last page of her book.

“Yes, Laura,” replied the girl, coming back with the third volume for the literary cormorant, who took it with a nod, still too content upon the “Confessions of a Fair Saint” to remember the failings of a certain plain sinner.

“Don’t forget the Italian cream for dinner. I depend upon it; for it’s the only thing fit for me this hot weather.”

And Laura, the cool blonde, disposed the folds of her white gown more gracefully about her, and touched up the eyebrow of the Minerva she was drawing.

“Let me have plenty of clean collars in my bag, for I must go at once; and some of you bring me a glass of cider in about an hour;–I shall be in the lower garden.”

The old man went away into his imaginary paradise, and Nan into that domestic purgatory on a summer day,–the kitchen. There were vines about the windows, sunshine on the floor, and order everywhere; but it was haunted by a cooking-stove, that family altar whence such varied incense rises to appease the appetite of household gods, before which such dire incantations are pronounced to ease the wrath and woe of the priestess of the fire, and about which often linger saddest memories of wasted temper, time, and toil.

Nan was tired, having risen with the birds,–hurried, having many cares those happy little housewives never know,–and disappointed in a hope that hourly “dwindled, peaked, and pined.” She was too young to make the anxious lines upon her forehead seem at home there, too patient to be burdened with the labor others should have shared, too light of heart to be pent up when earth and sky were keeping a blithe holiday. But she was one of that meek sisterhood who, thinking humbly of themselves, believe they are honored by being spent in the service of less conscientious souls, whose careless thanks seem quite reward enough.

To and fro she went, silent and diligent, giving the grace of willingness to every humble or distasteful task the day had brought her; but some malignant sprite seemed to have taken possession of her kingdom, for rebellion broke out everywhere. The kettles would boil over most obstreperously,–the mutton refused to cook with the meek alacrity to be expected from the nature of a sheep,–the stove, with unnecessary warmth of temper, would glow like a fiery furnace,–the irons would scorch,–the linens would dry,–and spirits would fail, though patience never.

Nan tugged on, growing hotter and wearier, more hurried and more hopeless, till at last the crisis came; for in one fell moment she tore her gown, burnt her hand, and smutched the collar she was preparing to finish in the most unexceptionable style. Then, if she had been a nervous woman, she would have scolded; being a gentle girl, she only “lifted up her voice and wept.”

“Behold, she watereth her linen with salt tears, and bewaileth herself because of much tribulation. But, lo! Help cometh from afar: a strong man bringeth lettuce wherewith to stay her, plucketh berries to comfort her withal, and clasheth cymbals that she may dance for joy.”

The voice came from the porch, and, with her hope fulfilled, Nan looked up to greet John Lord, the house-friend, who stood there with a basket on his arm; and as she saw his honest eyes, kind lips, and helpful hands, the girl thought this plain young man the comeliest, most welcome sight she had beheld that day.

“How good of you, to come through all this heat, and not to laugh at my despair!” she said, looking up like a grateful child, as she led him in.

“I only obeyed orders, Nan; for a certain dear old lady had a motherly presentiment that you had got into a domestic whirlpool, and sent me as a sort of life-preserver. So I took the basket of consolation, and came to fold my feet upon the carpet of contentment in the tent of friendship.”

As he spoke, John gave his own gift in his mother’s name, and bestowed himself in the wide window-seat, where morning-glories nodded at him, and the old butternut sent pleasant shadows dancing to and fro.

His advent, like that of Orpheus in hades, seemed to soothe all unpropitious powers with a sudden spell. The Fire began to slacken, the kettles began to lull, the meat began to cook, the irons began to cool, the clothes began to behave, the spirits began to rise, and the collar was finished off with most triumphant success. John watched the change, and, though a lord of creation, abased himself to take compassion on the weaker vessel, and was seized with a great desire to lighten the homely tasks that tried her strength of body and soul. He took a comprehensive glance about the room; then, extracting a dish from he closet, proceeded to imbrue his hands in the strawberries’ blood.

“Oh, John, you needn’t do that; I shall have time when I’ve turned the meat, made the pudding and done these things. See, I’m getting on finely now:–you’re a judge of such matters; isn’t that nice?”

As she spoke, Nan offered the polished absurdity for inspection with innocent pride.