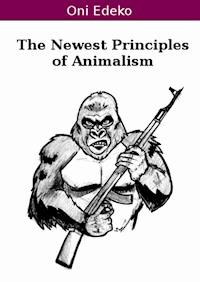 The Newest Principles of Animalism ebook

In an animal kingdom called Reguyo, there lived a king whose name was Regulo. He was respected by all the animals in his kingdom. There, all the animals lived happily in Peace and harmony with one another because he enacted a special law that all the animals in his kingdom were equal, and that some were not more equal than the others, no matter the breeds or race from which they originated. The king`s wives were pregnant at the same time. But only one of them gave birth to a male baby. The wives who gave birth to female babies of all kinds began to argue over the male baby, each claiming to be his mother. This short story is a satire about tribalism, racism, social seggregation, affluence versus poverty, lies versus truth, tolerance versus intolerance and so on and so forth. It is also about the theory that good people and bad people abide everywhere in the world. 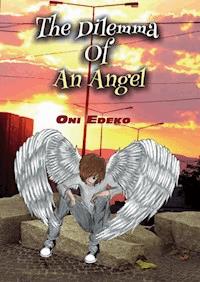 The Dilemma of an Angel
Oni Edeko

Once upon a time, many animals lived in an island called Reguyo. The lion, the King of the animal kingdom, derived his name from the kingdom’s name. He was called Regulo. He was very respected by every animal in the beautiful and golden kingdom. All the animals loved and worshipped him with all their hearts and might. He was like their god.

They saw him as their saviour, riches, gold and total happiness. He was untouchable, their redeemer and the strength of their aspiration and inspiration. He was their meek and gentle ruler who wept as they wept and rejoiced as they rejoiced. He was their dome of refuge and the bringer of joy. Those were some of his unforgettable appellations. And he deserved them to the fullest.

Regulo was one of the kindest Kings who had ever ruled over them. During his reign, violence and disaster gave way to peace and tranquillity. The kingdom prospered and flourished from east to west, and from north to south. He was very different from all the other lions whose ferociousness and brutality against the other animals were appalling, nauseating, horrible, and terrible. No wonder that Regulo was accorded all the respects that a good and lovely King deserved, too. He truly was a very glorified ruler in the peaceful animal kingdom.

There was a great valley in the kingdom. It was long and wide. It was known and called everywhere as the Valley of Happiness. It was like a big mirror that reflected far and wide into the unknown hills and caves that bothered one of the greatest animal kingdoms, many millions of years, before the advent of the wicked human beings.

In the middle of the Valley of Happiness was a very beautiful lake that was surrounded by a beautiful grassland and the most beautiful trees that one couldn’t ever have imagined. The lake was a rendezvous for all animals, whether they were from reguyo or not. It was a place that the animals called the Island of Peace. Many animals, whether dangerous or not, swam together, sang together and danced together. After leaving that place, they could become enemies to one another again. But once they were there, the laws of Reguyo forbade all the animals from attacking any other animals. It was, therefore, not surprising to see lions play and laugh with some sheep.

All the animals in Reguyo were born with that great law that any place where animals were gathered was a place of absolute peace, friendliness, unity and togetherness. It was also the spirit of their ancient god whose name was Magneto Marulo.

Once a lion stepped his foot unto such a soil, he no longer saw himself as a ferocious lion. He would see himself as a harmless animal. It was like a spiritual transfiguration and transmogrification for all the animals. That was a place where tribe, tongue, sex, marital status, age, affluence and influence were absolutely of no significance.

There was a boundary, a small hill, that separated Reguyo from the other animal kingdoms. The hill was named and universally recognised as the hill of oblivion because wickedness, carelessness, ill-wind, nepotism, corruption, inhumanity, baseness, bestiality, unfriendliness, chaos, anarchy, disorderliness, brutality, hostility and apathy would vanish, after crossing the hill of oblivion into the land of a new birth where all the animals received a new metaphorical birth. It was difficult to understand what was behind the forgetting of the old self and the embracing of the new birth. It was like changing a mantle and wearing another one. The old self was simply gone and gone forever. Surprisingly, too, as soon as the animals set their feet out side of the Island of Peace, their original selves would come back to them.

The Island of Peace became, therefore, the boundary between peace and war, unity and dichotomy, laughing and crying, singing and weeping, boldness and cowardice, crescendo and diminuendo, love and hatred, abundance and scarcity of food.

Whenever the King visited the lake, he was always overjoyed to see the peace and harmony that existed among all the animals there. He, therefore, asked Nilcevalo, a doctor, to organise the building of a clinic beside the lake. Doctor Nilcevalo, also called Hippopotamus, saw that place as strategically very important. He was a philanthropist. He had been looking for a way to help all the animals. But it had been very difficult because all the animals were living, scattered everywhere. With the discovery of the lake, it made it easiest for all the animals to be together at the same time, no matter how brief it was. There was no such gathering anywhere else in the world. It was only in Reguyo. It was a good deal and a very good idea.

It wasn’t only the animals in Reguyo that were going there to amuse themselves. All the animals from the scattered villages amongst all the hills and caves and darkest forests were also going there for their relaxation.

The King of Reguyo never charged them any dime. He had a golden heart for all and sundry. No wonder, therefore, that he was called the god of all animals. All the animals in his kingdom were very proud of him and their kingdom.

During one of the summer afternoons, as various animals had gathered there, Dr. Hippopotamus told them that the King had planned to build a clinic beside the lake. The treatment would be free of charge for all the animals. The King named the clinic, The People’s Clinic. The Hippo delivered the King’s message to all the animals.

It was a beautiful idea although most of the animals didn’t understand what the doctor was talking about. Some of them were even sleeping as the doctor was delivering his speech to them. After his speech, they all gave him a deafening ovation. It was the ovation that woke up all the sleeping animals. “Did you understand any word about what he said?” a donkey asked a goat. “Yes, I heard what he said. He was very loud,” the goat replied. “Stupid head! I didn’t ask you whether he was loud or not. I asked you if you understood him,” the donkey shouted at the goat. “Don’t shout at me,” the goat replied. “No wonder that your name is goat,” said the donkey. “And no wonder that you are a donkey. Do you know what donkey means to the other animals?” replied the goat. If a monkey hadn’t intervened between them, the donkey and the goat would have engaged themselves in a deadly fight. “You are very lucky that the monkey has cooled down my temper,” said the goat to the donkey. “Alright. Just wait until the monkey has gone away,” the donkey replied. “Your name fits you a lot,” the goat replied and went hurriedly away. The donkey laughed loud and shouted sarcastically. “If you were not a coward, why didn’t you wait after the monkey had gone away?” The monkey looked at the donkey for a long while. “Men have lost the rightful way of reasoning and talking,” he said to himself, shook his head and went slowly away. The donkey, after a while, also left the place and went eastwards.