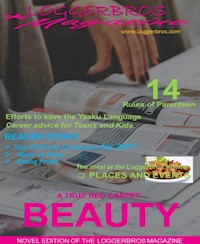 One of the few and important public platform designed for with Lifestyle, Best of living habits Plus chance for you to get featured in our several sections in the magazine and website every month. 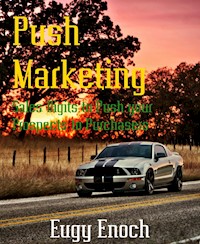 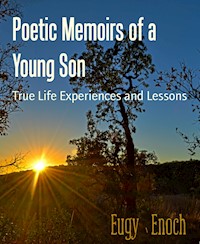 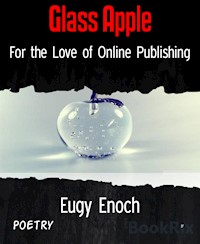 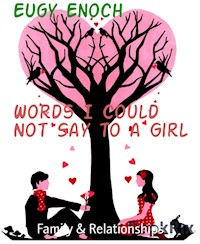 Words I Could Not Say to a Girl
Eugy Enoch

The Social Media and Dating Magazine

This work is dedicated to the numerous readers and fans of our website who have awaited the debuting of Africa's number one online magazine from the Loggerbros networkBookRix GmbH & Co. KG80331 Munich

Letter From The Editor

It is with great excitement that we launch the maiden edition of the Loggerbros Magazine during this exciting season.

The Loggerbros Magazine showcases the many great talents of all our customers and the rich culture of our heritage and style.

This edition promises to be refreshing and exciting as we take you through the lives of two great customers that have carved a niche for themselves in Lifestyle, in the world of fashion and beauty and in other areas of society. Meet our gorgeous impeccable cover models as we begin to unfold them in subsequent releases. We bring you to 31(thirty-one) fashion mistakes people (esp.young people) make and the “do it yourself” beauty tips.

Parents are not left out as we bring the great parenteen bonding tips.

The entertainment segment and the inspiration columns reveal a lot and takes us through success stories to encourage in our drive towards fulfillment.

Watch out for the sports segments as well as the business and finance segments as we browse through the major markets and commodities and how they have fared in recent days/weeks.

Every page promises to be a memorable time.

LOOK OUT FOR LOTS OF FREEBIES AS YOU BROWSE ALONG THIS EDITION.

Kemi is an intelligent girl, a year one student in one of the prestigious universities in Africa. One day during her lecture she collapsed and was rushed to the school clinic. On reviving her, series of tests conducted showed that she was suffering from anemia; further investigations revealed she has been skipping meals because she wanted to look like a certain celebrity model that she has idolized as her role model.

Koffi, a fourteen years old on the other hand would eat anything that is readily available. He likes to eat large quantity of food, sometimes he would wake up in the middle of the night to look for food in the fidge or on the kitchen. His friends at school call him names like, biggie, hippo, and the likes. Though he dosen’t like these names but he can’t control his large appetite.

Like these ones, many suffer from one form of eating disorder or the other. The effects of these disorders can be very fatal.

There are three main eating disorders.

Anorexia Nervosa is an eating disorder that occurs when a person starts skipping meals and cutting on the amount of food he eats. Some people overdo their exercises till the gym gets tired of them. This kind of eating disorders usually affects teen girls than boys; this because most girls want to look in a certain way or believe if they are not slim they can’t attract the kind of guy.

Well listen up, Anorexia Nervosa can have dire effect on your health such as fatigue, insomnia, menstrual irregularities; anemia which can lead to death.

Bulimia Nervosa is another type of illness associated with low self-esteem, emotional problems, and stress. People who suffer from this eating disorder tend too much at a time with the intention that they will get rid of the food by throwing up, purging or staying away from food for days. This type of eating disorder can go unnoticed for a long time, although you may feel unhappy and ill. People who have this illness(particularly teens) suffer from severe sore throat infections,  bad breadth, dizziness, insomnia, menstrual irregularities and the likes.

Binge eating disorder also known as compulsive overeating is a very common disorder most especially in boys. Like the name implies, people who suffer from this illness eat large amounts of food in a very short period of time. They lack control over the amount of food they eat. Unlike bulimia, you don’t try to get rid of the food you eat until you are so uncomfortable, this can lead to weight gain (obesity), depression, constipation, diabetes, hypertension and heart disease which can lead to death.

Ways to deal with eating disorders

Build your self-esteem by being proud of whom you are; never try to be someone else. No matter how you look, you are unique in your own way.

Get rid of emotional stress as fast as you can because they can ruin you faster than you can imagine.

Don’t be a copycat by doing what you see your friends doing. Peer pressure can lead to some eating disorders which can lead to terrible consequences.

Eat to live and not live to eat! This is a food for thought for those with lack of self-control over food.

Top Ten African Companies To Watch Out For In 2017