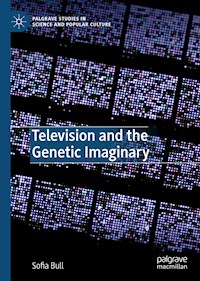 Television and the Genetic Imaginary ebook

This book examines the complex ways in which television articulates ideas about DNA in the early 21st century. Considering television’s distinct aesthetic and narrative forms, as well as its specific cultural roles, it identifies TV as a key site for the genetic imaginary. The book addresses the key themes of complexity and kinship, which function as nodes around which older essentialist notions about the human genome clash with newly emergent post-genomic sensibilities. Analysing a wide range of US and UK programmes, from science documentaries, science fiction serials and crime procedurals, to family history programmes, sitcoms and reality shows, Television and the Genetic Imaginary illustrates the extent to which molecular frameworks of understanding now permeate popular culture.