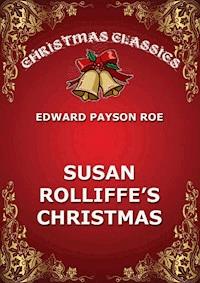 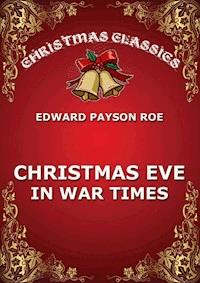 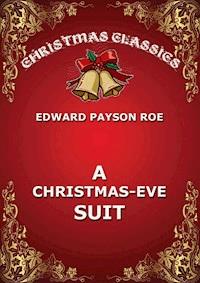 Picnicking in December would be a dreary experience even if one could command all the appliances of comfort which outdoor life permitted. This would be especially true in the latitude of Boston and on the bleak hills overlooking that city and its environing waters. Dreary business indeed Ezekiel Watkins regarded it as he shivered over the smoky camp-fire which he maintained with difficulty. The sun was sinking into the southwest so early in the day that he remarked irritably: "Durned if it was worth while for it to rise at all."

Ezekiel Watkins, or Zeke, as he was generally known among his comrades, had ceased to be a resident on that rocky hillside from pleasure. His heart was in a Connecticut valley in more senses than one; and there was not a more homesick soldier in the army. It will be readily guessed that the events of our story occurred more than a century ago. The shots fired at Bunker Hill had echoed in every nook and corner of the New England colonies, and the heart of Zeke Watkins, among thousands of others, had been fired with military ardor. With companions in like frame of mind he had trudged to Boston, breathing slaughter and extermination against the red-coated instruments of English tyranny. To Zeke the expedition had many of the elements of an extended bear-hunt, much exalted. There was a spice of danger and a rich promise of novelty and excitement. The march to the lines about Boston had been a continuous ovation; grandsires came out from the wayside dwellings and blessed the rustic soldiers; they were dined profusely by the housewives, and if not wined, there had been slight stint in New England rum and cider; the apple-cheeked daughters of the land gave them the meed of heroes in advance, and abated somewhat of their ruddy hues at the thought of the dangers to be incurred. Zeke was visibly dilated by all this attention, incense, and military glory; and he stepped forth from each village and hamlet as if the world were scarcely large enough for the prowess of himself and companions. Even on parade he was as stiff as his long-barrelled flintlock, looking as if England could hope for no quarter at his hands; yet he permitted no admiring glances from bright eyes to escape him. He had not traversed half the distance between his native hamlet and Boston before he was abundantly satisfied that pretty Susie Rolliffe had made no mistake in honoring him among the recruits by marks of especial favor. He wore in his squirrel-skin cap the bit of blue ribbon she had given him, and with the mien of a Homeric hero had intimated darkly that it might be crimson before she saw it again. She had clasped her hands, stifled a little sob, and looked at him admiringly. He needed no stronger assurance than her eyes conveyed at that moment. She had been shy and rather unapproachable before, sought by others than himself, yet very chary of her smiles and favors to all. Her ancestors had fought the Indians, and had bequeathed to the demure little maiden much of their own indomitable spirit. She had never worn her heart on her sleeve, and was shy of her rustic admirers chiefly because none of them had realized her ideals of manhood created by fireside stories of the past.

Zeke's chief competitor for Susie's favor had been Zebulon Jarvis; and while he had received little encouragement, he laid his unostentatious devotion at her feet unstintedly, and she knew it. Indeed, she was much inclined to laugh at him, for he was singularly bashful, and a frown from her overwhelmed him. Unsophisticated Susie reasoned that any one who could be so afraid of HER could not be much of a man. She had never heard of his doing anything bold and spirited. It might be said, indeed, that the attempt to wring a livelihood for his widowed mother and for his younger brothers and sisters from the stumpy, rocky farm required courage of the highest order; but it was not of a kind that appealed to the fancy of a romantic young girl. Nothing finer or grander had Zebulon attempted before the recruiting officer came to Opinquake, and when he came, poor Zeb appeared to hang back so timorously that he lost what little place he had in Susie's thoughts. She was ignorant of the struggle taking place in his loyal heart. More intense even than his love for her was the patriotic fire which smouldered in his breast; yet when other young men were giving in their names and drilling on the village green, he was absent. To the war appeals of those who sought him, he replied briefly. "Can't leave till fall."

"But the fighting will be over long before that," it was urged.

"So much the better for others, then, if not for me."

Zeke Watkins made it his business that Susie should hear this reply in the abbreviated form of, "So much the better, then."