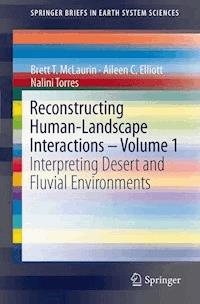 The Holocene is unique when compared to earlier geological time in that humans begin to alter and manipulate the natural environment to their own needs.  Domestication of crops and animals and the resultant intensification of agriculture lead to profound changes in the impact humans have on the environment.  Conversely, as human populations began to increase geologic and climatic factors begin to have a greater impact on civilizations.  To understand and reconstruct the complex interplay between humans and the environment over the past ten thousand years requires examination of multiple differing but interconnected aspects of the environment and involves geomorphology, paleoecology, geoarchaeology and paleoclimatology.  These Springer Briefs volumes examine the dynamic interplay between humans and the natural environment as reconstructed by the many and varied sub-fields of the Earth Sciences.