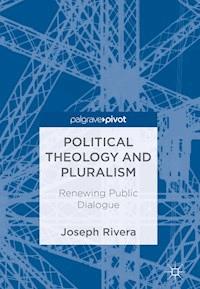 Reviving the ancient political wisdom of St. Augustine in combination with insights drawn from contemporary political theorist John Rawls, Joseph Rivera grapples with the polarizing nature of religion in the public square. Political theology, as a discipline, tends to argue that communitarianism remains the only viable political option for religious practitioners in a complex, pluralist society. Unsurprisingly, we are increasingly accustomed to think the religious voice is anti-secular and illiberal. On the contrary, Christian theology and political liberalism, Rivera argues, are not incompatible. Political Theology and Pluralism challenges the longstanding antithesis between theology and political liberalism by asking his readers to focus not on difference, but on our common humanity. Outlining real strategies for public dialogue in a liberal state, Rivera offers the opportunity to discover what it means to practice civic friendship in pluralist context.