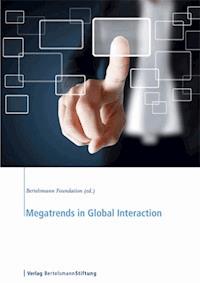 We inhabit an increasingly interconnected world, yet too often policymakers and advisors view each issue in a vacuum, focusing primarily on short-term impacts. All of us - policymakers, citizens, and local and global communities - must begin to consider how the major trends that shape our world are likely to develop, and how they will intersect and influence one another. This volume is designed to explore and discuss correlations between these global trends, or megatrends: Global Governance, Demographic Change and Migration, Energy and Natural Resources, Global Security, Biodiversity, and Economic Globalization. The book's primary focus is to provide a qualitative overview of the trends, and to analyze their intersections and interdependencies in the 21st century. The authors hope it will help define some of the complex challenges and exciting opportunities to shaping a world of sustainable economies and societies. 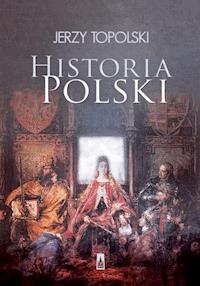 The first half of the 21st century will be truly historic in terms of global population trends. The dominant trends of the last 50 or even 200 years will be reversed and, in some respects, such as population aging and urbanization, we will see conditions that have never existed in human history.
This paper discusses six major trends in global population that will likely pose significant challenges to global peace and prosperity in the coming decades. These are:
1. a marked slowdown or even reversal of growth in the advanced industrialized nations;
2. a concentration of large, youthful populations on the move in an “arc of instability” reaching from southern Africa through the Middle East as well as South and Southeast Asia;
3. the rapid aging of societies in Europe, North America and East Asia;
4. increased migration flows, both voluntary and involuntary, within and across national boundaries, with ever-larger migration from developing to developed countries;
5. increasing urbanization, especially in China, India and Africa; and
6. the concentration of near-term population growth in regions with relatively poor populations, fragile or ineffective governments, and especially high vulnerability to climate change.
For the most part, these trends cannot be altered by any reasonably practical means during the next two to three decades, except at the margins. Most of these trends are already “built in” to existing populations as a result of the mortality and fertility trends of the last 30 years. However, the consequences of these trends have yet to be determined; these will depend in large measure on shifts in the other areas covered in this volume. For example, the increase of urban populations of China, India and Africa – which will drive the world’s urban population to likely double, increasing by almost 3 billion, in the next 40 years – represents a marked shift in lifestyles and patterns of employment, residence, transport and energy use (centralized versus decentralized). But whether this shift results in much greater efficiencies of energy production and consumption, or simply a huge increase in both, depends on what use is made of technological opportunities and innovations in the area of energy and natural resource use.
Age structures
The key to understanding the implications of these six major global population trends is that the problems likely to arise are not simply the result of changes in the total number of people in the world. Rather, the critical issues will arise from the distribution of population – that is, where the growth is occurring and where people will live: in cities or towns; in richer or poorer countries; under stable or unstable governments; in environmentally resilient or fragile regions. The real dangers arise from population distortions in which populations grow too young, too old, too fast, too urbanized or too mobile for the prevailing economic and administrative institutions in specific countries to maintain stable socialization, labor-force absorption and social welfare (Goldstone 2002; Cincotta, Engelman and Anastasion 2003; Leahy et al. 2007).