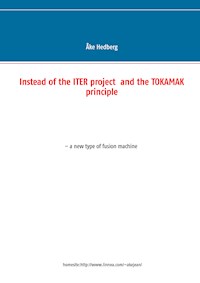 Instead of the ITER project and the TOKAMAK principle ebook

Why have thousands of scientists and technicians with access to huge material and financial resources and over 60 years of extremely costly experiments, not for practical purposes been able to solve the problem of so-called controlled fusion? And imitate the natural processes occurring on the sun? Thus a "calm" fusion of hydrogen isotopes into helium, etc. Why do they have so thoroughly failed? Yes, why have they failed to resolve the issue of energy and thus rid the world of all catastrophic problems with nuclear power, oil and coal? These are some of the most important issues the author of this essay sets. But he also provides answers to both theoretical and technical problems and not least the fundamental solutions. And why the theory of what happens on the sun does not match the actual observations. Well, the future ITER project in France? Will it succeed? There is not the slightest chance! Precisely because it is based on exactly the same 60-year-old principles ...the principles of the TOKAMAK. 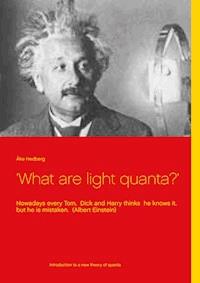 'What are light quanta?'
Åke Hedberg

About fusion processes on the sunand what you should know.The art of taming the sun's fusions energyA workable fusion power? Yes, thanks!

About fusion processes on the sun and what you should know

A workable fusion power? Yes, thanks!

In the spring of 2010 I searched and studied articles on the internet about catalytic fusion.1 Especially for those who described fusion reactions using electrons as a catalyst. I suspected that there was such catalytic processes occurring on the sun and it was this type of mergers that they tried to emulate here on Earth in order to exploit and to so to speak tame fusion for energy production and for peaceful purposes. To make hydrogen bombs could, but now wanted physicists therefore since many decades to "tame" these forces that were in the sun and got it shine and burn. And then it was important to really understand how it worked. But even after about sixty (60) years had not succeeded! Something must obviously be wrong.

On Wikipedia, we read about the concept and phenomenon of catalyst:

As the "catalyst" refers to substances that facilitate the chemical or physical change without adding energy to the process. Catalysts of every kind kind occur in a variety of organic and inorganic context. Enzymes that regulate cell functions and thus the fundamental processes of life, are examples of biologically important catalysts. The concept of catalysis is useful in conjunction with any physical or chemical change.

I found many such "papers" which was about catalysis by muons, a "fat" relative to the electron. Dozens. But not a valid precisely electrons! But then I happened after a time of pure chance really find an article that described the catalytic fusion reactions with electrons. To my surprise, as I soon found that it was written by a Swedish physicist.2 Admittedly a few years ago, but still. So I wrote an email to him at his institution and soon had a positive and friendly response. In two or three letter size plain paper letter laid so I presented my view of it all, where I also ventured to come up with some criticism of his idea. Note that it is happening on the Sun; its way to merge and operate in my opinion, the solution to how we can do here on Earth.

In my last letter I received no response. The new ideas and criticisms I came up with was maybe "to much". So now I publish these ideas and theories in this way - as we shall see, so it's more about than a catalytic process. Let those who can manage and develop it in all of us and the world good way to do so.

1 1 Note that this is not about any kind of so-called cold fusion. Absolutely not!

About fusion processes on the sun and what you should know.

Nature and society are our main sources of knowledge. In nature we find, therefore, all the processes and mechanisms we can use for our needs. This applies especially to the processes on the Sun if we want to "tame" its fusion energy.

"Generally, the proton proton fusion take place only if the temperature (the kinetic energy) of the protons is high enough to overcome their mutual forces created by Coulomb's law. The theory that proton-proton reactions were the basic principle behind the sun and other stars combustion was developed by Arthur Stanley Eddington in the 1920s. "(Wikipedia).

The innermost layer of the sun is the core. With a density of 160 g/cm^3, 10 times that of lead, the core might be expected to be solid. However, the core's temperature of 15 million kelvins (27 million degrees Fahrenheit) keeps it in a gaseous state.

In the core, fusion reactions produce energy in the form of gamma rays and neutrinos. Gamma rays are photons with high energy and high frequency. The gamma rays are absorbed and re-emitted by many atoms on their journey from the envelope to the outside of the sun. When the gamma rays leave atoms, their average energy is reduced. However, the first law of thermodynamics (which states that energy can neither be created nor be destroyed) plays a role and the number of photons increases. Each high-energy gamma ray that leaves the solar envelope will eventually become a thousand low-energy photons.

The neutrinos are extremely nonreactive. To stop a typical neutrino, one would have to send it through a lightyear of lead! Several experiments are being performed to measure the neutrino output from the sun. Chemicals containing elements with which neutrinos react are put in large pools in mines, and the neutrinos' passage through the pools can be measured by the rare changes they cause in the nuclei in the pools.3

Those who still after almost 90 years of research claiming that the theory of "proton-proton reactions (is) the basic principle behind the sun and other stars burning" have not thought about and studied the matter thoroughly, I guess. I mean, that the sun's core activity is not a directly burning of protons into helium and heavier elements, like the conventional doctrine says. At first, it is instead the production of neutrons (and energy). The sun's method to solve the problem of the Coulomb barrier is then crucial to any attempt to construct a fusion machine. To overcome the Coulomb barrier is not happening as you maybe think through violence but through, if I may say, a very cleverer process, as you will see.4 The current erroneous theory and the perception of this is the main cause of all previous failures to solve the energy issue. Do you really want to know the solution to the energy question and the principle that, so to speak, tame the fusion energy as the sun and the other stars develops? Then you should consider the following things:

a. First, forget everything you perhaps know or have learned about quarks. Forget therefore u-quarks, d-quarks, strange-quarks, anti-quarks, etc. inventions that not logically could be derived from other phenomena.