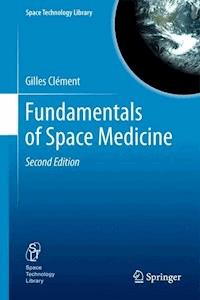 Investigations in space have led to fundamental discoveries of the human body to the space environment. Gilles Clément has conducted extensive research in this field. This readable text presents the findings from the life science experiments conducted during and after space missions. About 1200 human space flights have been completed to date, including more than 500 astronauts from various countries, for a combined total presence in space of about 90 years. The first edition of this title was published in 2005 (written in 2003 – 2004), and new data is now available from crewmembers participating in long-duration flights on board the International Space Station (ISS). The number of astronauts who have spent six months in orbit has doubled since 2004. On board the ISS, the astronauts use newly developed pharmaceutical countermeasure for bone loss (such as biophosphonates) and state-of-the-art exercise resistive devices against muscle atrophy and cardiovascular deterioration. The ISS life support systems now use advanced closed-loop systems for meeting the needs of a 6-person crew, including recycling urine to water. Some of these new technologies have potential spin-offs for medical (i.e., sedentary life style, obesity) and environmental issues here on Earth. And finally, there are new space research opportunities with the Orion space vehicle that will soon replace the Space Shuttle, the Moon, and Mars space exploration program that is slowly but surely taking shape, and the space tourism sector that has become a reality. The focus on this edition is the ISS, Orion and planetary exploration, and space tourism. This edition also includes more than 20% new material, along with photographs, data, and video clips for Springer Extras!