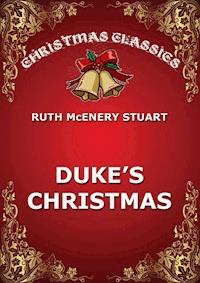 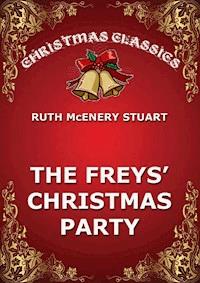 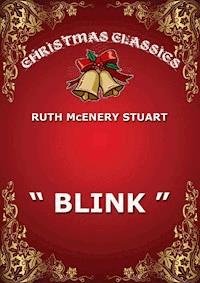 "You des gimme de white folks's Christmas-dinner plates, time they git thoo eatin', an' lemme scrape 'em in a pan, an' set dat pan in my lap, an' blow out de light, an' go it bline! Hush, honey, hush, while I shet my eyes now an' tas'e all de samples what'd come out'n dat pan—cramberries, an' tukkey-stuffin' wid puckons in it, an' ham an' fried oyscher an'—an' minch-meat, an' chow-chow pickle an'—an' jelly! Umh! Don' keer which-a-one I strack fust—dey all got de Christmas seasonin'!"

Old Uncle Mose closed his eyes and smiled, even smacked his lips in contemplation of the imaginary feast which he summoned at will from his early memories. Little Duke, his grandchild, sitting beside him on the floor, rolled his big eyes and looked troubled. Black as a raven, nine years old and small of his age, but agile and shrewd as a little fox, he was at present the practical head of this family of two.

This state of affairs had existed for more than two months, ever since a last attack of rheumatism had lifted his grandfather's leg upon the chair before him and held it there.

Duke's success as a provider was somewhat remarkable, considering his size, color, and limited education.

True, he had no rent to pay, for their one-roomed cabin, standing on uncertain stilts outside the old levee, had been deserted during the last high-water, when Uncle Mose had "tooken de chances" and moved in. But then Mose had been able to earn his seventy-five cents a day at wood-sawing; and besides, by keeping his fishing-lines baited and set out the back and front doors—there were no windows—he had often drawn in a catfish, or his shrimp-bag had yielded breakfast for two.

Duke's responsibilities had come with the winter and its greater needs, when the receding waters had withdrawn even the small chance of landing a dinner with hook and line. True, it had been done on several occasions, when Duke had come home to find fricasseed chickens for dinner; but somehow the neighbors' chickens had grown wary, and refused to be enticed by the corn that lay under Mose's cabin.

The few occasions when one of their number, swallowing an innocent-looking grain, had been suddenly lifted up into space, disappearing through the floor above, seemed to have impressed the survivors.

Mose was a church-member, and would have scorned to rob a hen-roost, but he declared "when strange chickens come a-foolin' roun' bitin' on my fish-lines, I des twisses dey necks ter put 'em out'n dey misery."

It had been a long time since he had met with any success at this poultry-fishing, and yet he always kept a few lines out.

He professed to be fishing for crawfish—as if crawfish ever bit on a hook or ate corn! Still, it eased his conscience, for he did try to set his grandson a Christian example consistent with his precepts.