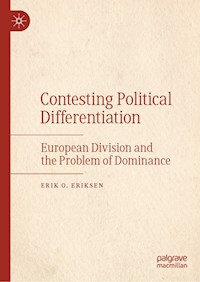 This book discusses the causes and nature of political differentiation in Europe. It deals with the normative problem of differentiated integration, both in its vertical and horizontal dimensions, and addresses the problem of differentiation through a theory of democratic autonomy and dominance.  A politically differentiated EU could deprive people of their right to co-determine common affairs and have adverse effects for democratic self-rule. It could also take away the people’s ability to influence political decisions that they are ultimately affected by. This book argues that differentiation is not an innocent instrument for handling conflicts in interconnected contexts. The consequences of what might be a benign plea for sovereignty and independence can in fact lead to the opposite.