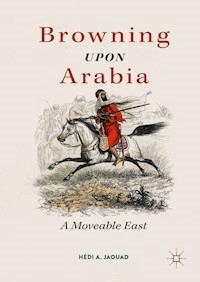 Browning Upon Arabia charts Robert Browning’s early and enduring engagement with the East, particularly the Arab East. This book highlights the complexities of Browning’s poetry, revealing Browning’s resistance to triumphalist and imperialist forms of Orientalism generated by many nineteenth-century British and European literary and scholarly portrayals of the East. Hédi A. Jaouad argues that Browning extensively researched the literature, history, philosophy, and culture of the East to produce poetry that is sensitive to its Eastern resources and devoted to confirming the interrelation of Northern and Eastern knowledge in pursuit of a new form of transcendental humanism.