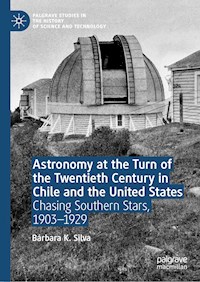 This Palgrave Pivot tells the transnational story of the astronomical observatory in the hills near Santiago, Chile, built in the early twentieth century through the efforts of astronomers from the Lick Observatory in California. Venturing abroad to learn from largely unmapped Southern skies and, hopefully, answer lingering questions about the structure of the galaxy, they planned a three-year research expedition—but ended up staying for more than twenty-five years. The history of the Mills Expedition offers a window onto the history of astronomy, the challenges of scientific collaboration across national lines, and the political and cultural contexts of early-twentieth-century Chile and the United States.