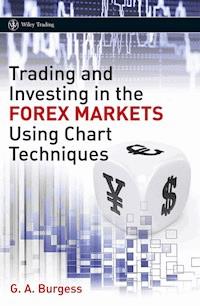 The financial markets are made up of people from very diverse backgrounds but whether by long or short term investment these market participants all have a desire to win by varying degrees. Many market participants, especially short term traders are often too interested in the release of some fundamental statement or some rumor or the latest bank recommendations than in the trading price of the asset which leads them to trade and fail because of emotions based trading. The daily price movements, the patterns, the volatility that appear on charts, are for whatever reason, the results of the actions of the crowd. To avoid making decisions based on heightened emotions, it is necessary to create your own plan based on your own analysis. This book has been developed to demonstrate how a few relatively straight forward techniques can create a plan that does not rely on outside investment recommendations and therefore takes the emotions out of trading. The book demonstrates how to interpret the market price action in the shape of forms or patterns and Japanese candlesticks to help you: * Find markets that are changing from bullish to bearish and from bearish to bullish * Locate entry and exit points * Monitor the position for signs of change. The book provides a series of charting techniques involving the use of candlesticks as graphical representations of market price actions in the Foreign Exchange markets. It presents methods of chart technical analysis for medium to long-term investing, in a market where despite strong returns when compared with other asset types, it is difficult to realize a profitable return. The title does not dwell on already-known 'signals' represented by candlestick formations, but concentrates instead on how to confirm these signals by applying a variety of confirmation techniques which form a step-by-step process through the chapters of the book to finish by 'Putting It All Together'. 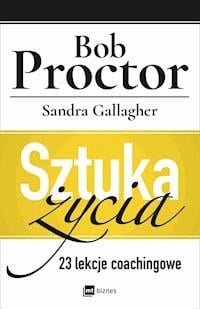 First and foremost I would like to thank Caitlin Cornish for insight and suggestions during the draft stage of the book. I would also like to express my thanks to Aimee Dibbens, Samantha Hartley, Louise Holden and Lori Boulton at John Wiley & Sons. Thanks also to my copy editor Dan Leissner. Finally I would like to thank my wife Johanna, and my three wonderful children, Robin, Piers, and John-Jamie, for their understanding and patience during the writing of this book.
1

On Friday 13 July 2008, the foreign exchange cross EUR/JPY closed the week leaving a large bearish signal on the weekly candlestick chart. This signal, known as a “hanging man” in Japanese candlestick terms, is bearish if seen at certain levels on a chart especially after an advance in recent price action. It is considered by chartists and technical traders to be a warning that the market is reaching a top and may falter on attempts higher. This simple candlestick signal offered traders of the foreign exchange market (Forex or FX) a great opportunity to enter a short position in the EUR against the JPY, see Figure 1.1 overleaf.
Figure 1.1 EUR/JPY weekly chart with large hanging man candlestick.
(source MetaQuotes Software Corp)
The hanging man candlestick signal appeared on the chart because during the early part of the week the market had sold off sharply only to see buyers re-enter the market and push the price back towards the opening levels thus creating the “hanging man” with a lengthy “shadow”.
At the close of that week there would have been many traders in the market, including fresh buyers, all of whom were anticipating higher levels to come and yet were nervous at the slightest decline in price action. The following week a similar candlestick appeared at the weekly close, another warning signal which left many forex traders that weekend concerned about their positions in the market. Two weeks after the first hanging man appeared, clues begin to unfold which confirmed that there is a change taking place in the market, a change which the initial bearish candlestick had signalled previously. For example, there was a close below the current trend line that week, the first since the trend began on 16 March 2008, that is 19 weeks had passed before the trend line had been violated! Another very important clue was the close of that weekly candlestick on Friday 25 July 2008, this was the first weekly close at the 10-week moving average level since the two averages crossed positive on 18 May 2008. In fact, prices dipped below the 10-week moving average before closing just above it but still below the trend line, see Figure 1.2 opposite.
Figure 1.2 EUR/JPY weekly chart demonstrating a break of a trend line and a close below the 10-week moving average, the market sentiment is changing.
(source MetaQuotes Software Corp)
At this point those traders that had entered the market pushing the market back up would have been left holding losing positions but still hanging on in hope that the market would move off higher from the current level. Although the EUR/JPY cross did attempt to move higher from the 10-week moving average it was rejected, not only from the highs, but also from the trend line where technical traders had been waiting to sell, see Figure 1.3 overleaf.
The hanging man candlestick signal now began to take effect. At some point, those traders, either working in banks or large corporate organisations that were still long began to reduce their exposure in the market by cutting the size of their positions. The result of all of this is that the EUR/JPY cross accelerates lower as traders cut their positions. As you can see from the chart in Figure 1.4 overleaf, the price pauses at the 30-week moving average before continuing much lower. Originally, all of this price action was based on a very powerful and yet very visual signal.
There were also two other very important clues that the EURO would struggle to move higher against the Japanese Yen. The stochastic indicator was in the over-bought zone and was beginning to cross negative, there was also a large triangle pattern from which the EUR/JPY had broken out too soon, suggesting that prices would falter and find their way back inside the triangle.
Figure 1.3 EUR/JPY weekly chart showing the beginning of break down in market price action.
(source MetaQuotes Software Corp)
Figure 1.4 EUR/JPY weekly chart after the break down in market price action has occurred.
(source MetaQuotes Software Corp)
Figure 1.5 USD/CAD daily chart showing buy and sell areas.
(source MetaQuotes Software Corp)
Having seen the hanging man candlestick signal, you as a technical trader of the foreign exchange market would have been prepared for a change in market sentiment. You would have expected the change to happen and would have been watching the chart for further technical evidence to confirm the signal, gathering information and creating a strategy from your chart that would enable you technically to follow the market. What is probably more important, however, is the trade which you would have seen as a low risk trade in your favour. A stop-loss order placed some points above the hanging man, at the level where you would have been wrong and wanted to protect your money, was easily positioned in the market, ensuring absolute risk/reward.
A chart should be technically easy to interpret. If the technical picture is difficult to understand then something is wrong with your analysis or some technical indicator has not been placed correctly on the chart. It is the signals together with indicators as well as support and resistance and trend lines that make up the technical picture that helps to dissect the market price action and display the market sentiment in such a way that a conclusion may be reached, see Figure 1.5. These techniques must be consistent and concise in their application. Consistency will help to avoid uncertainty in finding and confirming the opportunities as and when they appear on the chart.

Beginning with Japanese candlesticks, these signals originate with a Japanese rice merchant named Munehisa Homma (also known as Sokyu Honma) (1724-1803), who developed a graphical set of rules to use for trading rice. It is from this period in Japan that candlesticks as we understand them today are derived. A candlestick is a graphical representation of the OPEN, HIGH, LOW and CLOSE of the market price action and for this reason it is very important to have accurate data. Candlesticks that have a 22:00 GMT close on the foreign exchange market (after the New York close) may have slightly different graphical implications compared to a candle that has a 23:00 GMT close or a midnight (GMT) close. Graphically, candlesticks display market sentiment in such a way that makes the task of sifting through charts easier. They are usually coloured to represent the direction, for example, a higher close relative to the open might be white, a lower close relative to the open may be black. This has the advantage of recognising the day’s trading at a glance, i.e., a negative day or a positive day, see Exhibit 1.1.
Exhibit 1.1 White candle is a positive, the market price action moved up throughout the day; the black candle is a negative day, here the market price moved down.