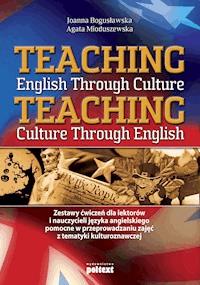 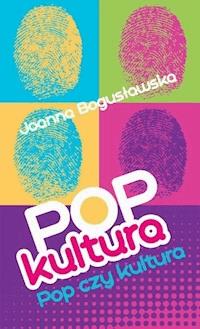 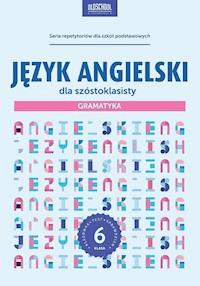 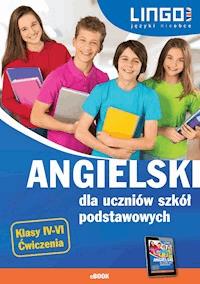 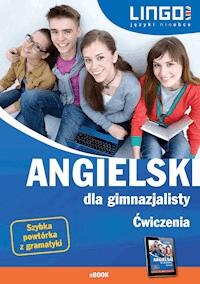 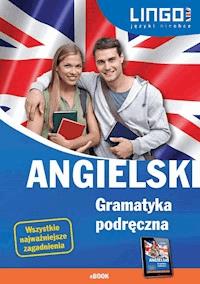 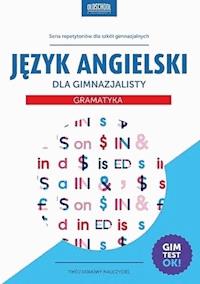 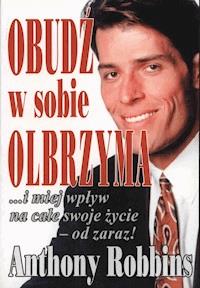 We want to thank and dedicate this book to everyone who has inspired us to work hard and be creative.

You know who you are.

The purpose of the book is to present culture of the English speaking countries by means of original, stimulating and diversified exercises. It consists of thirteen chapters. For teachers the book provides numerous exercises suitable for students of different levels, i.e. from pre-intermediate to upper-intermediate. Among the tasks there are, for instance, role-play, quizzes, board games, crosswords, puns and discussion panels, reading, listening, writing and speaking tasks. All of the exercises can be successfully used while working with either bigger or smaller groups (school, language schools and courses). Each exercise is supported by the language level description, time limits, and instructions for the teacher.

For students the book constitutes an affluent source of cultural knowledge concerning the English speaking countries allowing them to explore and enrich the language in entirely new aspects. It is supposed to expand students’ cultural knowledge and awareness, enrich their lexicons and improve language skills. The diversity of the tasks helps the students to learn and remember historical elements of English as a product of culture and it is also aimed at developing students’ interpersonal skills. The fact that the book is written in American English reflects the authors’ linguistic interest, hence some differences in spelling. It might be a great opportunity to get the students familiar with the British and American English differences.

The authors have graduated from Pomorska Wyższa Szkoła Humanistyczna in Gdynia and Uniwersytet Kazimierza Wielkiego in Bydgoszcz and have been teaching English in language schools for many years.

→ Distribute dictionaries among the students and allow them to work in pairs on the given tasks. After the answers have been checked, discuss together with all the students the questions below the text.

If the Super Bowl is an unofficial holiday that celebrates capitalism, January also has a new official holiday. After several years of resistance on the part of both President Reagan and the Congress, a national holiday on the third Monday of January celebrating the birth of the great civil rights activist Martin Luther King, Jr., was passed into law in 1985. Although some states had already recognized this day as a state holiday, the first national commemoration occurred in January 1986.

Unfortunately, the holiday is a controversial one because of the racism that lingers in our society. President Reagan, who was initially against the establishment for this holiday, said his opposition stemmed from the fact that never before has the United States so honored an individual who has not held a high public office. Today, all fifty states observe Martin Luther King’s birthday. But some states, such as Arizona and New Hampshire, steadfastly refused to recognize the holiday for years. Others tried to compromise it somehow. Virginia, for example, declared the day “Robert E. Lee-Martin Luther King Day” in an attempt to please everybody that of course pleased nobody.

When a holiday commemorates persons known to us in historical time, such as Washington and Lincoln and now King, we turn the events of their lives into something of an “official” narrative that places the individuals among the extraordinary; we retell episodes from their lives that encapsulate the man’s special qualities. We are doing this now with Dr. King. In January, we are treated to briefexcerpts from his most famous speeches – oratory was King’s special gift – and so we hear the great “I have a dream” refrain repeatedly on television and radio. We are reminded that King gave his life to the cause of equal justice and human rights, that he was a martyr, a prophet, a holy man killed before his time. This is all true, of course; Martin Luther King was a great man who suffered greatly for what he did. Now that he is honored by a national commemoration, we find the events of his life and his accomplishments being interpreted and reconstructed so as to conform in a kind of cultural shorthand to our mythic narratives and hero stories. Martin Luther King’s holiday in January allows us to watch the way this is done, to see a holiday develop its symbols.

(Excerpts from: Jack Santino, All Around the Year: Holidays and Celebrations in American Life, 1995, University of Illinois Press, Chicago, pp. 55–56)

1. Match words from the box to their appropriate definitions.

a resistance, a commemoration, to steadfast, brief, an excerpt, to encapsulate, a martyr, a prophet

a)  short in time or/and duration –

d)  to express in a brief summary epitomize –

f)  something that honors or preserves the memory of another –

1.  Why do you think celebrating Martin Luther King Jr. day can be controversial? Do you think refusing to celebrate it means disrespecting the principles the reverend was fighting for?

3.  What are the drawbacks and positive sides of democracy?

4.  Are all people equal in democratic systems?

5.  Are there any commonly known Polish social leaders? What did they fight for?

→ Ask your students to read the text. Later on discuss together with them the questions that you can find below the text. After the discussion part, ask your students to create, in pairs, their own “I have a dream” speech. If there are more than ten pairs in the group, choose the ones to present their speeches randomly.

“I have a dream” speech was delivered by Martin Luther King Junior during the March on Washington for Jobs and Freedom, on the 28th of August, 1963 and is considered to be a defining moment of the American Civil Rights movement. The reverend called for racial equality and the ending of discrimination. The words were spoken in Washington D.C., in front of the statue of President Abraham Lincoln, who banned slavery in the United States.

I have a dream

I am happy to join with you today in what will go down in history as the greatest demonstration for freedom in the history of our nation.

Five score years ago, a great American, in whose symbolic shadow we stand today, signed the Emancipation Proclamation. This momentous decree came as a great beacon light of hope to millions of Negro slaves who had been seared in the flames of withering injustice. It came as a joyous daybreak to end the long night of their captivity.

In a sense we’ve come to our nation’s capital to cash a check. When the architects of our republic wrote the magnificent words of the Constitution and the Declaration of Independence, they were signing a promissory note to which every American was to fall heir. This note was a promise that all men, yes, black men as well as white men, would be guaranteed the “unalienable Rights” of “Life, Liberty and the pursuit of Happiness.” It is obvious today that America has defaulted on this promissory note, insofar as her citizens of color are concerned. Instead of honoring this sacred obligation, America has given the Negro people a bad check, a check which has come back marked “insufficient funds.”

It would be fatal for the nation to overlook the urgency of the moment. This sweltering summer of the Negro’s legitimate discontent will not pass until there is an invigorating autumn of freedom and equality. Nineteen sixty-three is not an end, but a beginning. And those who hope that the Negro needed to blow off steam and will now be content will have a rude awakening if the nation returns to business as usual. And there will be neither rest nor tranquility in America until the Negro is granted his citizenship rights. The whirlwinds of revolt will continue to shake the foundations of our nation until the bright day of justice emerges.

But there is something that I must say to my people, who stand on the warm threshold which leads into the palace of justice: In the process of gaining our rightful place, we must not be guilty of wrongful deeds. Let us not seek to satisfy our thirst for freedom by drinking from the cup of bitterness and hatred. We must forever conduct our struggle on the high plane of dignity and discipline. We must not allow our creative protest to degenerate into physical violence. Again and again, we must rise to the majestic heights of meeting physical force with soul force.

The marvelous new militancy which has engulfed the Negro community must not lead us to a distrust of all white people, for many of our white brothers, as evidenced by their presence here today, have come to realize that their destiny is tied up with our destiny. And they have come to realize that their freedom is inextricably bound to our freedom.

And as we walk, we must make the pledge that we shall always march ahead.

We cannot turn back.

Let us not wallow in the valley of despair, I say to you today, my friends.

And so even though we face the difficulties of today and tomorrow, I still have a dream. It is a dream deeply rooted in the American dream.

I have a dream that one day this nation will rise up and live out the true meaning of its creed: “We hold these truths to be self-evident, that all men are created equal.”

I have a dream that my four little children will one day live in a nation where they will not be judged by the color of their skin but by the content of their character.

I have a dream today!

I have a dream that one day, down in Alabama, with its vicious racists, with its governor having his lips dripping with the words of “interposition” and “nullification” – one day right there in Alabama little black boys and black girls will be able to join hands with little white boys and white girls as sisters and brothers.

I have a dream today!

I have a dream that one day every valley shall be exalted, and every hill and mountain shall be made low, the rough places will be made plain, and the crooked places will be made straight; “and the glory of the Lord shall be revealed and all flesh shall see it together.” This is our hope, and this is the faith that I go back to the South with.

1.  Is the text accurate nowadays?

2.  What has or has not changed in comparison to the reality illustrated by the text?

3.  What would be your dream when you think about a better world?

→ Check the given, highlighted words from the text in a dictionary and provide both their definitions and synonyms.

→ Use the cut-outs you see below. Put them on the board in a random order. Explain that the students are supposed to ask various questions of their own ideas in order to find out what the presented words, phrases, names and dates relate to. Underscore that all the dates and figures relate to one topic.

BALCONY OF THE MOTEL

Information for the teacher:

•   Michael Luther King Jr. was born on 15th January 1929; later his name was changed into Martin. He continued the long family tradition, started by his grandfather, of serving the church and the people as a pastor/reverend.

•   Martin Luther King Jr. attended segregated public schools in Georgia. As a 15-year-old boy he graduated form a high school, and then he received a B.A. degree in 1948 from Morehouse College.

•   In 1954, Martin Luther King became the pastor of the Dexter Avenue Baptist Church in Montgomery, Alabama.

•   Martin Luther King Jr. was engaged in his job as he traveled over six million miles and spoke over twenty-five hundred times, he wrote five books as well as numerous articles.

•   At the age of thirty-five, Martin Luther King, Jr., was the youngest man to have received the Nobel Peace Prize.

•   On the evening of April 4, 1968 he was assassinated, while standing on the balcony of his motel room in Memphis, Tennessee.