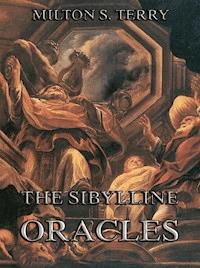 THE Sibyls occupy a conspicuous place in the traditions and history of ancient Greece and Rome. Their fame was spread abroad long before the beginning of the Christian era. Heraclitus of Ephesus, five centuries before Christ, compared himself to the Sibyl "who, speaking with inspired mouth, without a smile, without ornament, and without perfume, penetrates through centuries by the power of the gods." The ancient traditions vary in reporting the number and the names of these weird prophetesses, and much of what has been handed down to us is legendary. But whatever opinion one may hold respecting the various legends, there can be little doubt that a collection of Sibylline Oracles was at one time preserved at Rome. There are, moreover, various oracles, purporting to have been written by ancient Sibyls, found in the writings of Pausanias, Plutarch, Livy, and in other Greek and Latin authors. Whether any of these citations formed a portion of the Sibylline books once kept in Rome we cannot now determine; but the Roman capitol was destroyed by fire in the time of Sulla (B. C. 84), and again in the time of Vespasian (A. D. 69), and whatever books were at those dates kept therein doubtless perished in the flames. It is said by some of the ancients that a subsequent collection of oracles was made, but, if so, there is now no certainty that any fragments of them remain.