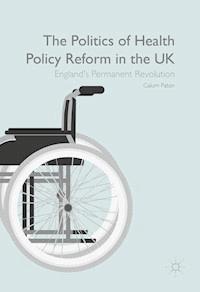 The Politics of Health Policy Reform in the UK ebook

This book explains  the politics of thirty years of ‘market reform’ in the English NHS, with the rest of the UK a counter-factual. Paton shows how each subsequent reform has been shaped by the confusion left by the previous reform. The long-term ideology has been anti-statist but policy-making at each stage of ‘reform’ has been driven by short-term politics. The outcome in England has been ever-increasing complexity in the NHS, with significantly increased management costs and no commensurate benefit.