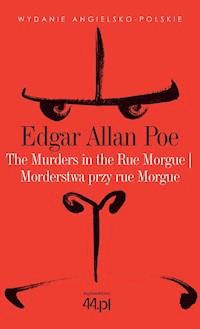 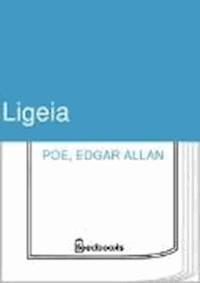 The Murders in the Rue Morgue. Morderstwa przy rue Morgue

[ 1 ] What song the Syrens sang, or what name Achilles assumed when he hid himself among women, although puzzling questions are not beyond all conjecture.

[ 3 ] The mental features discoursed of as the analytical, are, in themselves, but little susceptible of analysis. We appreciate them only in their effects. We know of them, among other things, that they are always to their possessor, when inordinately possessed, a source of the liveliest enjoyment. As the strong man exults in his physical ability, delighting in such exercises as call his muscles into action, so glories the analyst in that moral activity which disentangles. He derives pleasure from even the most trivial occupations bringing his talents into play. He is fond of enigmas, of conundrums, of hieroglyphics; exhibiting in his solutions of each a degree of acumen which appears to the ordinary apprehension preternatural. His results, brought about by the very soul and essence of method, have, in truth, the whole air of intuition.

[ 4 ] The faculty of re-solution is possibly much invigorated by mathematical study, and especially by that highest branch of it which, unjustly, and merely on account of its retrograde operations, has been called, as if par excellence, analysis. Yet to calculate is not in itself to analyze. A chess-player, for example, does the one without effort at the other. It follows that the game of chess, in its effects upon mental character, is greatly misunderstood.

[ 5 ] I am not now writing a treatise, but simply prefacing a somewhat peculiar narrative by observations very much at random; I will, therefore, take occasion to assert that the higher powers of the reflective intellect are more decidedly and more usefully tasked by the unostentatious game of draughts than by all the elaborate frivolity of chess. In this latter, where the pieces have different and bizarre motions, with various and variable values, what is only complex is mistaken (a not unusual error) for what is profound. The attention is here called powerfully into play. If it flags for an instant, an oversight is committed, resulting in injury or defeat. The possible moves being not only manifold but involute, the chances of such oversights are multiplied; and in nine cases out of ten it is the more concentrative rather than the more acute player who conquers. In draughts, on the contrary, where the moves are unique and have but little variation, the probabilities of inadvertence are diminished, and the mere attention being left comparatively what advantages are obtained by either party are obtained by superior acumen.

[ 6 ] To be less abstract—let us suppose a game of draughts where the pieces are reduced to four kings, and where, of course, no oversight is to be expected. It is obvious that here the victory can be decided (the players being at all equal) only by some recherché movement, the result of some strong exertion of the intellect. Deprived of ordinary resource, the analyst throws himself into the spirit of his opponent, identifies himself therewith, and not unfrequently sees thus, at a glance, the sole methods (sometimes indeed absurdly simple ones) by which he may seduce into error or hurry into miscalculation.

[ 7 ] Whist has long been noted for its influence upon what is termed the calculating power; and men of the highest order of intellect have been known to take an apparently unaccountable delight in it, while eschewing chess as frivolous. Beyond doubt there is nothing of a similar nature so greatly tasking the faculty of analysis. The best chess-player in Christendom may be little more than the best player of chess; but proficiency in whist implies capacity for success in all these more important undertakings where mind struggles with mind. When I say proficiency, I mean that perfection in the game which includes a comprehension of all the sources whence legitimate advantage may be derived. These are not only manifold but multiform, and lie frequently among recesses of thought altogether inaccessible to the ordinary understanding. To observe attentively is to remember distinctly; and, so far, the concentrative chess-player will do very well at whist; while the rules of Hoyle (themselves based upon the mere mechanism of the game) are sufficiently and generally comprehensible. Thus to have a retentive memory, and to proceed by “the book,” are points commonly regarded as the sum total of good playing. But it is in matters beyond the limits of mere rule that the skill of the analyst is evinced. He makes, in silence, a host of observations and inferences. So, perhaps, do his companions; and the difference in the extent of the information obtained, lies not so much in the validity of the inference as in the quality of the observation. The necessary knowledge is that of what to observe. Our player confines himself not at all; nor, because the game is the object, does he reject deductions from things external to the game. He examines the countenance of his partner, comparing it carefully with that of each of his opponents. He considers the mode of assorting the cards in each hand; often counting trump by trump, and honor by honor, through the glances bestowed by their holders upon each. He notes every variation of face as the play progresses, gathering a fund of thought from the differences in the expression of certainty, of surprise, of triumph, or chagrin. From the manner of gathering up a trick he judges whether the person taking it can make another in the suit. He recognizes what is played through feint, by the air with which it is thrown upon the table. A casual or inadvertent word; the accidental dropping or turning of a card, with the accompanying anxiety or carelessness in regard to its concealment; the counting of the tricks, with the order of their arrangement; embarrassment, hesitation, eagerness or trepidation—all afford, to his apparently intuitive perception, indications of the true state of affairs. The first two or three rounds having been played, he is in full possession of the contents of each hand, and thenceforward puts down his cards with as absolute a precision of purpose as if the rest of the party had turned outward the faces of their own.

[ 8 ] The analytical power should not be confounded with simple ingenuity; for while the analyst is necessarily ingenious, the ingenious man is often remarkably incapable of analysis. The constructive or combining power, by which ingenuity is usually manifested, and which the phrenologists (I believe erroneously) have assigned a separate organ, supposing it a primitive faculty, has been so frequently seen in those whose intellect bordered otherwise upon idiocy, as to have attracted general observation among writers on morals. Between ingenuity and the analytic ability there exists a difference far greater, indeed, than that between the fancy and the imagination, but of a character very strictly analogous. It will be found, in fact, that the ingenious are always fanciful, and the truly imaginative never otherwise than analytic.

[ 9 ] The narrative which follows will appear to the reader somewhat in the light of a commentary upon the propositions just advanced.

[ 10 ] Residing in Paris during the spring and part of the summer of 18—, I there became acquainted with a Monsieur C. Auguste Dupin. This young gentleman was of an excellent—indeed of an illustrious family, but, by a variety of untoward events, had been reduced to such poverty that the energy of his character succumbed beneath it, and he ceased to bestir himself in the world, or to care for the retrieval of his fortunes. By courtesy of his creditors, there still remained in his possession a small remnant of his patrimony; and, upon the income arising from this, he managed, by means of a rigorous economy, to procure the necessaries of life, without troubling himself about its super uities. Books, indeed, were his sole luxuries, and in Paris these are easily obtained.

[ 11 ] Our first meeting was at an obscure library in the Rue Montmartre, where the accident of our both being in search of the same very rare and very remarkable volume, brought us into closer communion. We saw each other again and again. I was deeply interested in the little family history which he detailed to me with all that candor which a Frenchman indulges whenever mere self is the theme. I was astonished, too, at the vast extent of his reading; and, above all, I felt my soul enkindled within me by the wild fervor, and the vivid freshness of his imagination. Seeking in Paris the objects I then sought, I felt that the society of such a man would be to me a treasure beyond price; and this feeling I frankly confided to him. It was at length arranged that we should live together during my stay in the city; and as my worldly circumstances were somewhat less embarrassed than his own, I was permitted to be at the expense of renting, and furnishing in a style which suited the rather fantastic gloom of our common temper, a time-eaten and grotesque mansion, long deserted through superstitions into which we did not inquire, and tottering to its fall in a retired and desolate portion of the Faubourg St. Germain.

[ 12 ] Had the routine of our life at this place been known to the world, we should have been regarded as madmen—although, perhaps, as madmen of a harmless nature. Our seclusion was perfect. We admitted no visitors. Indeed the locality of our retirement had been carefully kept a secret from my own former associates; and it had been many years since Dupin had ceased to know or be known in Paris. We existed within ourselves alone.

[ 13 ] It was a freak of fancy in my friend (for what else shall I call it?) to be enamored of the night for her own sake; and into this bizarrerie, as into all his others, I quietly fell; giving myself up to his wild whims with a perfect abandon. The sable divinity would not herself dwell with us always; but we could counterfeit her presence. At the first dawn of the morning we closed all the massy shutters of our old building; lighted a couple of tapers which, strongly perfumed, threw out only the ghastliest and feeblest of rays. By the aid of these we then busied our souls in dreams—reading, writing, or conversing, until warned by the clock of the advent of the true Darkness. Then we sallied forth into the streets, arm and arm, continuing the topics of the day, or roaming far and wide until a late hour, seeking, amid the wild lights and shadows of the populous city, that infinity of mental excitement which quiet observation can afford.

[ 14 ] At such times I could not help remarking and admiring (although from his rich ideality I had been prepared to expect it) a peculiar analytic ability in Dupin. He seemed, too, to take an eager delight in its exercise—if not exactly in its display—and did not hesitate to confess the pleasure thus derived. He boasted to me, with a low chuckling laugh, that most men, in respect to himself, wore windows in their bosoms, and was wont to follow up such assertions by direct and very startling proofs of his intimate knowledge of my own. His manner at these moments was frigid and abstract; his eyes were vacant in expression; while his voice, usually a rich tenor, rose into a treble which would have sounded petulantly but for the deliberateness and entire distinctness of the enunciation. Observing him in these moods, I often dwelt meditatively upon the old philosophy of the Bi-Part Soul, and amused myself with the fancy of a double Dupin—the creative and the resolvent.