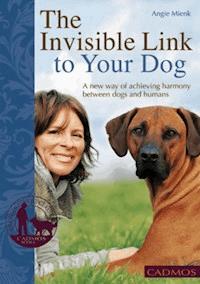 The Invisible Link to Your Dog ebook

Whisper, don't shout - good advice is quiet ... Times when dogs were trained to be only obedient or to carry out certain tasks are long gone. Many dog owners today wish to have a relationship based on mutual understanding and a much closer bond to their four-legged friend. This book presents a unique method that will help readers develop non-verbal, almost intuitive communication with their dogs. Most of our commands are made using our voice - however, this book will show readers how to train their dog to understand our wishes by knowing how to interpret our non-verbal signals. Many practical examples help develop an intimate link to dogs, that is based on harmony and on understanding each other. 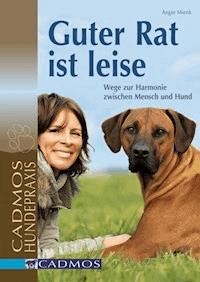 The Invisible Link to Your Dog

A new way of achieving harmony between dogs and humans

Editorial of this edition: Stan Rawlinson

All rights reserved: No part of this book may be reprinted or reproduced or utilized in any form or by any electronic, mechanical, or other means, now known or hereafter invented, including photocopying and recording, or in any information storage or retrieval system, without permission in writing from the publisher.

A catalogue record of this book is available from the British Library.

This book explores the topic of communication with dogs. When we communicate with our dog, we generally do it verbally and mostly in the form of commands: “Come!” – “Sit!” – “Down!” – “Heel!” and so on. At least that’s how we learned it.

Here, on the other hand, we are talking about a predominantly non-verbal, almost intuitive, kind of communication. This requires a high degree of concentration and self discipline on the part of the human. You experience a new and different attitude towards your canine friend and towards life itself.

Our seminar participants are often very surprised how quickly you can build an exceptionally different, very close relationship with your dog. Suddenly everything seems to happen effortlessly which normally required a lot of hard work. Once the individual has changed his thinking, a type of communication is possible that is so subtle that outsiders will not even notice it.

This interspecies communication is not at all esoteric or “off the wall” – it is based on purely scientific principles, the laws of nature. It’s all pure physics, as you will see in a moment. It’s up to us and only us, whether we decide to go the easy, harmonious route or whether we want to continue “communicating” with our dogs by yelling loudly and yanking the lead. Start down the path of perfect harmony with your dog – take the quiet route and take your dog for what he is … a dog!

Communication between human and dog

Communication between human and dog

“It is not the goals we set for ourselves that show who we are, but the roads we take in order to reach them.”

In communications between human and dog we discern:

Our dogs respond to the slightest gestures on our part and to our vibrations. We constantly emit vibrations – good ones, bad ones, neutral ones – our dog receives them and processes them in his own way. Dogs perceive and process our nonverbal communications much more precisely than gestures or words. When we communicate with them verbally, we have to realize always that this type of communication has the lowest importance for the dog – he still relies more on our vibrations and reacts accordingly. In the process he registers – usually with special intensity – our subconscious signals: the dog reacts, but we don’t realize what he reacts to.

Your dog perceives visible and invisible vibrations right away. He will respond the way you would like only when your signals are truly positive.

Gerd lets his Newfoundland dog romp on a large field without a lead. A glance at his watch tells him that he should have been back at the office by now. He calls Blacky, he is now under time pressure. Blacky, who is usually extremely obedient, glances back briefly, but doesn’t listen. Time is running out – the boss will be mad. Gerd calls again, more impatiently this time. Simultaneously, he sees the image of the furious boss in his mind, scolding him for being late. Blacky doesn’t respond. Now Gerd has had enough, his anger rises. Suddenly, he remembers what he learned: “Never call your dog impatiently, always be friendly.” Although he is enraged, he calls Blacky with a sugary sweet voice, and he in turn glances back briefly and increases the distance…

What happened? Has Blacky, who is al-ways obedient, suddenly gone crazy? Does he want to provoke his owner? Or does he simply have something better to do? No, none of the above.

Blacky could feel the vibration – “the stress” – even when he was called the first time. He becomes insecure and doesn’t know what to do with this feeling of his human. So he waits. The second call tells Blacky: “His owner is annoyed.” A difficult situation for Blacky: on the one hand, he wants to come back on command; on the other hand, he doesn’t know why his owner is angry. No dog likes being punished for something he doesn’t understand – and in this context no dog can understand anger or stress. Even the sugary sweet call doesn’t fool the dog – he picks up on the negative vibrations and responds more to them than to the word.

Only when we know and accept that our dogs react more to our vibrations, our thoughts and emotions more than to anything else, we have the key to the “invisible lead”.

“One drop of love is more than an ocean of willpower and reason.”

A very important attitude towards our dog has to do with obedience. How do we define obedience? How important is it to us and what does it mean for a true partnership between human and dog?

Dogs must obey – yes. In certain situations I have to be able to rely 100 per cent on my dog to obey. But it is nonsense to demand this blind obedience over and over. It is necessary that the dog comes when you call him, if a car is approaching or if there is a clear and present danger. It is nonsense for the dog to appear immediately in the house every time the human calls him, just because he wants to test his dog’s “obedience” over and over again.