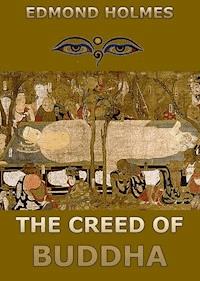 The Creed of Buddha ebook

This is the extended and annotated edition including * an extensive annotation of more than 10.000 words about the history and basics of Buddhism, written by Thomas William Rhys Davids The author of " The Creed of Buddha " can safely say that no better exposition of Buddhism has ever been given to the world. It is sympathetic, it is scholarly, and it is complete. Between east and west, says the author, a gulf has been fixed, a gulf created by basic ideas, hollowed out by the erosive action of speculative thought. The Western mind takes for granted the reality of outward things. The Eastern mind attributes the only reality to the soul. All else is maya, illusion. And there are very few that can bridge thatgulf.In the East, where the soul is the supreme and fundamental reality, the identification of God with the world-soul, or soul of universal Mature, is the outcome of a movement of thought which is at once natural and logical. This divine soul is the only real existence: by comparison with it all outward things are shadows, and all inward things, so far as they hold aloof from the all-embracing consciousness, are dreams. The worship of the supernatural, such as is to be found in Christianity, often ends in the despiritualization of Nature. which becomes merely the world without and therefore opposed to the Supernatural, which becomes the dwelling place of God .