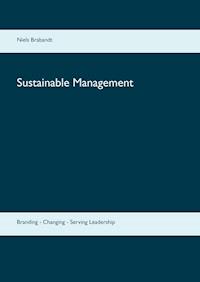 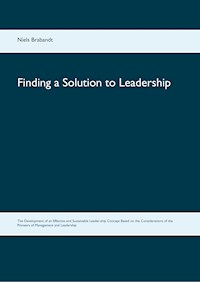 This document is protected by copyright.

No part of this document may be reproduced in any form by any means without prior written authorization of Prof. Dr. Niels Brabandt

Servant Leadership: The notion of the servant leader

Leadership: From Manager to Leader

Outstanding leadership personalities always have a great impact on corporate brand and corporate success. This relation can partly be illustrated very clearly for stock-listed companies: When Josef Ackermann, then CEO of Deutsche Bank, suffered a weakness attack, the bank’s stock prices recorded a massive decline. Within few hours, its market capitalization on January 15, 2009 decreased by half a billion Euros. A second instance is the withdrawal of Steve Jobs, who like no other stood for a company’s enthralling reincarnation. Apple’s market price hit its lowest level in two years.

The above examples show that leaders are able to considerably influence a company’s reputation and success through their behavior. There is even empirical evidence for the fact that in the external perception a CEO’s image correlates with the image of the company brand. Also, a CEO’s image and prominence has an influence on media coverage. This was revealed by a survey of 137 communication managers of Germany’s 500 most profitable companies (Grubendorfer 2012, pp. 5 & 6).

The same holds for the internal perception. Ehren (2005) states that the manner in which employees perceive the corporate brand depends on whether and how leaders act in a brand-compliant way.

Hence, brands are largely shaped by a company’s leaders. This view is still relatively new. Thomas Gad made use of the term ‘Leadership Branding‘ for the first time in 2003. He concluded an essay by stating that branding is closely linked to entrepreneurship and, therefore, to leadership. Branding, Gad holds, is a convenient way of reproducing oneself – both as an entrepreneur and as a leader. For this reason, he considers it an efficient and simple way of leading (Gad 2005, pp. 183–198).

By shaping a brand, leaders provide their employees with orientation. With everyone within an organization being able to identify with the respective brand, it is ensured that work is performed in line with this idea.

Fields, Black and Travers (2008, pp. 18 & 19) rather define leadership branding in terms of personal branding for top managers. However, this does not go far enough. According to Grubendorfer (2012, p. 6), it is not sufficient to confine the notion of leadership branding to top management, argueing that leaders should be included as well. The fact that leaders are looked upon is considered by Grubendorfer to be an advantage that has to be used. However, this is only possible if leaders behave in a brand-compliant manner and lead accordingly.

This takes account of the fact that leadership always takes place on two levels, i.e., macro level, dealing with top-level management in brand management processes, and micro level, which concerns itself with staff leadership through leaders across the entire company. (Burmann, Meffert & Feddersen 2007, p. 18).

Grubendorfer (2012, p. 7) contends that companies using a leadership branding approach require less monitoring. According to a survey, most of the largest international corporations’ top executives spend a large part of their work monitoring the implementation of the corporate strategy because the company’s idea is not or only poorly established in the minds of their employees. A brand can be a useful tool for top managers to provide employees with orientation. If the corporate brand is clearly defined and anchored in the heads of people, a company’s economic efficiency will increase considerably. This is certainly also due to the fact that top-level management can be focused more on the further development of the company than on monitoring. Here, it is not the top manager that is the brand but rather the company. More specifically, the leader is not the brand himself but rather exemplifies it by behaving in a brand-compliant fashion.

The same holds for leadership branding. The aim here is not to establish an own leadership brand, as the term ‘leadership branding‘ might suggest. Rather, leadership branding is about ensuring that leaders behave in a brand-compliant manner, embodying the values of a particular brand. Since, according to an identity-based understanding of brand, a brand’s strength comes from the inside, leadership constitutes a major component in brand development. (Grubendorfer 2012, pp. 17–22).

Tasks and Areas of Leadership Branding

According to Grubendorfer (2012, pp. 12 & 13), a leader distinguishes himself from a manager particularly by being a meaning maker. After all, work motivation is dependent only to a small extent on salary but to a large extent on the meaningfulness of the work, on collegiality, and on appreciation. Exactly how low motivation is is shown by the annual survey conducted by the Gallup Institute among 1,300 employees in Germany. According to that survey, 67 % only do what is instructed, 17 % even have mentally resigned already (Spiegel Online 2014).

It follows that leadership is the ability to create meaning, with the task of keeping a system alive. In the future, leaders will more and more act as meaning makers and crosslinkers rather than organizers and coaches. Leaders must be capable of generating fascination for the work to be performed (Kruse 2010).

Leaders often have a hard time making things at work meaningful. Therefore, it is helpful to align leadership with the corporate brand. This makes it much simpler to create meaning. Basically, there are three sources of meaningfulness, namely, difference, effective personal contribution to ideals, and value orientation (Schmitz und Grubendorfer 2010).

Thus, one way to produce meaning is based on difference. Brand development essentially takes place through differentiation. By determining what the brand