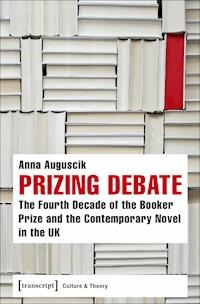 This book offers a study of the literary marketplace in the early 2000s. Focusing on the Man Booker Prize and its impact on a novel's media attention, Anna Auguscik analyses the mechanisms by which the Prize both recognises books that trigger debates and itself becomes the object of such debates. Based on case studies of six novels (by Aravind Adiga, Margaret Atwood, Sebastian Barry, Mark Haddon, DBC Pierre, Zadie Smith) and their attention profiles, this work describes the Booker as a 'problem-driven attention-generating mechanism', the influence of which can only be understood in relation to other participants in literary interaction.