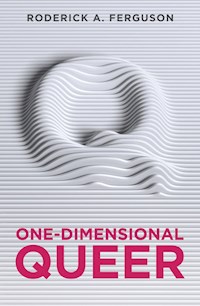 The story of gay rights has long been told as one of single-minded focus on the fight for sexual freedom. Yet its origins are much more complicated than this single-issue interpretation would have us believe, and to ignore gay liberation's multidimensional beginnings is to drastically underestimate its radical potential for social change. Ferguson shows how queer liberation emerged out of various insurgent struggles crossing the politics of race, gender, class, and sexuality, and deeply connected to issues of colonization, incarceration, and capitalism. Tracing the rise and fall of this intersectional politics, he argues that the one-dimensional mainstreaming of queerness falsely placed critiques of racism, capitalism, and the state outside the remit of gay liberation. As recent activism is increasingly making clear, this one-dimensional legacy has promoted forms of exclusion that marginalize queers of color, the poor, and transgender individuals. This forceful book joins the call to reimagine and reconnect the fight for social justice in all its varied forms.