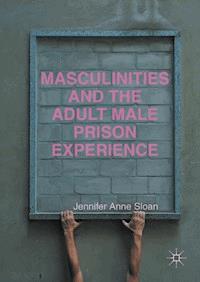 432,69 zł
This book critically analyses how men in prison act out their masculine identities. It considers how men negotiate their time in prison, which can involve being placed into a feminine position relative to other men, and particularly looks at the subversion of heteronormative gender positionings through bodies, spaces, time, and relationships. Vulnerability is also taken as a key consideration, and men are shown to act out their masculinities for the benefit of an audience that matters to them. However, that audience is shown to be subject to change at any point in time.

Using extensive ethnographic data drawn from adult male prisoners, the book adopts the viewpoint of the individual prisoner as a frame to consider masculinity. It also advances ethnographic research in criminology by reflecting upon the identity of researchers in prisons, particularly the female researcher's gendered identity in such environments. It will be of great interest to scholars of penology, gender and ethnography.