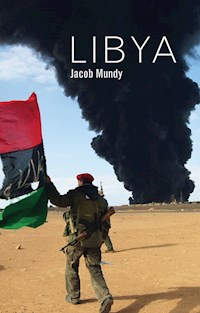 Libya is teetering on the edge of collapse, having become a new haven for terrorist organizations and an epicenter of the refugee crisis. Few could have imagined that the uprising against the longstanding regime of Mu'ammar Al-Gaddafi would expose a polity deeply fractured by internal divisions. Fewer still could have predicted the intractability of the conflicts that emerged in the wake of this revolution. Jacob Mundy's Libya is the first book to explain the political, security, and humanitarian crises that have engulfed Libya - Africa's largest oil-exporting country - since the Arab Spring of 2011. Examining the roots of the anti-Gaddafi revolution and the failures that resulted in the country's descent into chaos, Mundy identifies new centers of power that coalesced in the wake of the regime's collapse. The more these rival coalitions vied for political authority and control over Libya's vast oil wealth, the more they reached out to external actors who were playing their own "great game" in Libya and across the region. In the face of such a multifaceted crisis, the future looks grim as the international community seems unable to bring peace to this divided and conflict-ridden nation.