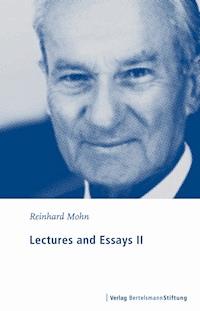 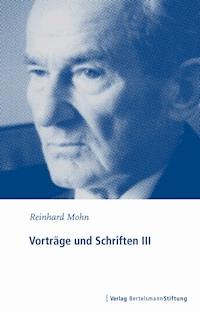 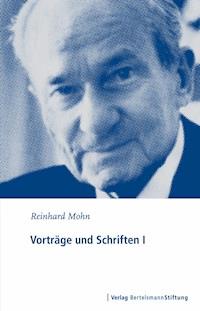 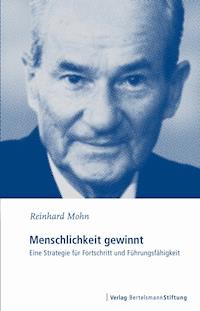 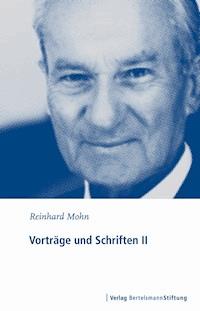 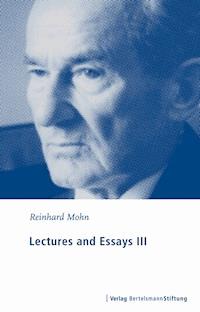 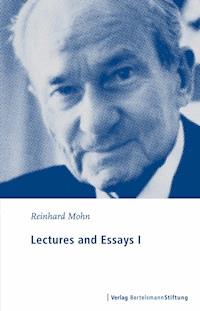 Lectures and Essays I
Reinhard Mohn

Inhaltsverzeichnis
Titel
Impressum
Are entrepreneurs still needed?
Is capital still capable of leadership?
Obstacles on the road to cooperative industrial relations
The initial situation
The entrepreneur’s altered role and tasks
The conduct of senior management
Factors driving change in corporate culture
Conclusion
The role of the communications media in the cultural policy of a united Europe
1. Suggestions and arguments favoring European unity
2. The structures of a united Europe
3. Cultural policy in Europe
4. The media’s role in the process of European unity
5. Prerequisites for a European society
6. Final reflections
1946-1991: A segment in the history of the Bertelsmann publishing company
The beginning of my career
Conclusions we drew from our new conception of the company
Some conclusions and assessments
Can a company characterized by cooperative industrial relations serve as a ...
A personal final reckoning
A look ahead and words of thanks
Social welfare policy in Europe
Social welfare policy as an integral component of a socioeconomic system
The scope for conducting measures of social welfare policy in the European Community
New objectives in the working world
Introduction
I. Why did the free-market system succeed?
II. What goals do the factors of production- capital, management, and labor-pursue?
III. How the goals of capital, management, and labor will evolve
IV. Is business management’s mission statement outdated?
V. Obstacles barring the formulation of new goals for business
Efficiency and capacity in local government
Freedom for creative people
Creative business
Creative government
Creative politics
Reinhard Mohn was born in Gütersloh, Germany, on June 29, 1921. After his release in 1946 by the Americans as a prisoner of war, he returned home to take over management of the familyowned printing and publishing house. He led the business, one of the leading international media enterprises, for over 40 years. The business structure is characterized by the principles of fairness, partnership, and justice. These are expressions of his idea of business culture.
In 1977, Reinhard Mohn founded the Bertelsmann Stiftung, which carries on the tradition of cultural, social, and socio-political involvement while ensuring the enterprise’s continuity. Reinhard Mohn transferred the majority of Bertelsmann AG’s share capital to the foundation in 1993. This act reflects his conviction that wealth and prosperity should also be coupled with a commitment to social engagement.
Reinhard Mohn died on October 3, 2009.
Are entrepreneurs still needed?1
Currently, there are varying opinions regarding the entrepreneur’s importance to the economy. Most of our fellow citizens do not actively dislike businessmen, but they do feel queasy on learning of misconduct by certain individuals. I’m thinking of issues like abuse of power, personality cult, or extravagant lifestyles. Objections fall even thicker when private decision-making rights over capital are bequeathed to heirs who lack the skills and character necessary to exercise such rights effectively. Such cases clearly demonstrate to all that the capitalist system suffers from considerable leadership risks in addition to its acknowledged inequity. In former times, such misgivings went unnoticed thanks to the spectacular successes that individual capitalists achieved during the industrialization boom of the period between 1840 and 1870. However, today’s market conditions, as well as the constraints imposed by society as it is presently structured, seldom allow attainment of such universally recognizable success. Consequently, it is quite understandable that a corporation’s renown and prestige fade with time.
Another aspect that must be considered is that the democratic self-image that we have assumed over the last century or so demands a just and humane society in which the individual is capable of self-realization. New standards have evolved. Patterns of behavior that fail to match the new standards are duly disparaged. As a matter of fact, liberal capitalism was never considered to be humane. If the Western democracies nonetheless decided in favor of a competitive economy based on private property, it is because no other economic system has been able to rival it as a means to supply the market bountifully. This background is not always as well understood by the masses as it should be. Accordingly, we should react with tolerance when people criticize the system.