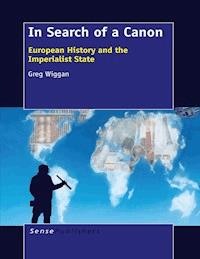 In Search of a Canon ebook

Harnessing Paulo Freire’s critical analysis of education and society, In Search of a Canon explores Africa and Asia, and their relationship to Europe, and Europe’s connection to the rest of the western world. As such, this book is situated in the tradition of critical scholars as it explores the relationship between historical processes and the development of a canon, or literature that is considered as sacred or accepted. In doing so, it intricately explores the intersection of history, religion (sacred text), race relations and education. The book uncovers the origins of the human family tree and the historical context related to the emergence of sacred literature and institutionalized systems of thought and educational processes. It presents critical dates, timelines and perspectives that are aimed at raising awareness in order to make schools and society more humane and democratic.

Greg Wiggan is Associate Professor of Urban Education, Adjunct Associate Professor of Sociology, and Affiliate Faculty Member of Africana Studies at the University of North Carolina at Charlotte. His research addresses urban education and urban sociology in the context of school processes that promote high achievement among African American students and other underserved minority student populations. In doing so, his research also examines the broader connections between the history of urbanization, globalization processes and the internationalization of education in urban schools. His books include: Global Issues in Education: Pedagogy, Policy, Practice, and the Minority Experience; Education in a Strange Land: Globalization, Urbanization, and Urban Schools – The Social and Educational Implications of the Geopolitical Economy; Curriculum Violence: America’s New Civil Rights Issue; Education for the New Frontier: Race, Education and Triumph in Jim Crow America 1867–1945; Following the Northern Star: Caribbean Identities and Education in North American Schools; and Unshackled: Education for Freedom, Student Achievement and Personal Emancipation. 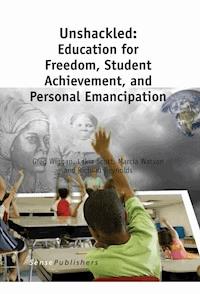