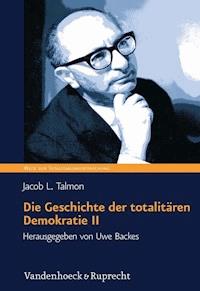 In the second volume in this three-volume series, the author treats the broad spectrum of political ideas prevalent throughout the 19th century. Using the term »political messianism«, he discusses the views of representatives of the various political currents of that time, such as Fichte, Marx or Lamennais, and contrasts them with those of their more liberal counterparts Humboldt, Tocqueville or Lamartine.