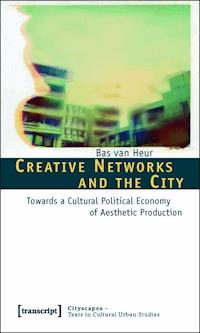 Creative Networks and the City ebook

This book offers a fundamental contribution to the literature on the creative industries and the knowledge-based economy by focusing on three aspects: urban spaces as key sites of capitalist restructuring, creative industries' policies as state technologies aimed at economic exploitation, and the role of networks of aesthetic production in inflecting these tendencies. It simultaneously goes beyond these debates by integrating a concern with the cultural and aesthetic dimensions of the creative industries. As such, the book is relevant to researchers interested in the transdisciplinary project of a cultural political economy of creativity and urban change.