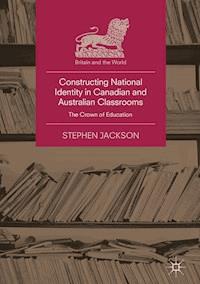 This book explores the evolution of Canadian and Australian national identities in the era of decolonization by evaluating educational policies in Ontario, Canada, and Victoria, Australia. Drawing on sources such as textbooks and curricula, the book argues that Britishness, a sense of imperial citizenship connecting white Anglo-Saxons across the British Empire, continued to be a crucial marker of national identity in both Australia and Canada until the late 1960s and early 1970s, when educators in Ontario and Victoria abandoned Britishness in favor of multiculturalism. Chapters explore how textbooks portrayed imperialism, the close relationship between religious education and Britishness, and efforts to end assimilationist Anglocentrism and promote equality in education. The book contributes to British World scholarship by demonstrating how decolonization precipitated a massive search for identity in Ontario and Victoria that continues to challenge educators and policy-makers today.