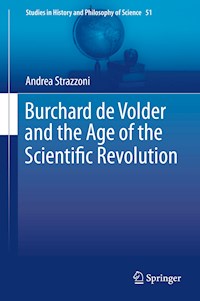 Burchard de Volder and the Age of the Scientific Revolution ebook

This monograph details the entire scientific thought of an influential natural philosopher whose contributions, unfortunately, have become obscured by the pages of history. Readers will discover an important thinker: Burchard de Volder. He was instrumental in founding the first experimental cabinet at a European University in 1675.

The author goes beyond the familiar image of De Volder as a forerunner of Newtonianism in Continental Europe. He consults neglected materials, including handwritten sources, and takes into account new historiographical categories. His investigation maps the thought of an author who did not sit with an univocal philosophical school, but critically dealt with all the ‘major’ philosophers and scientists of his age: from Descartes to Newton, via Spinoza, Boyle, Huygens, Bernoulli, and Leibniz. It explores the way De Volder’s un-systematic thought used, rejected, and re-shaped their theories and approaches. In addition, the title includes transcriptions of De Volder's teaching materials: disputations, dictations, and notes.

Insightful analysis combined with a trove of primary source material will help readers gain a new perspective on a thinker so far mostly ignored by scholars. They will find a thoughtful figure who engaged with early modern science and developed a place that fostered experimental philosophy.