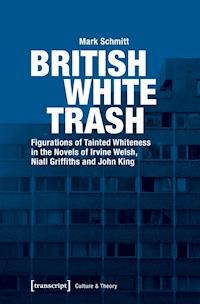 "White trash" is a liminal figure that dramatizes the intersection of race and class. Contemporary British novelists like Irvine Welsh, Niall Griffiths and John King use this originally US-American stereotype to interrogate the racializing discourse of class in British society. Their novels are interdiscursive reflections of the figurations of race and class that still haunt the British cultural imaginary. "British White Trash" is the first analysis to comprehensively examine the adaptation of the "white trash" stereotype in major British novels. The study thus contributes to a critical understanding of racism and classism, its cultural representations and its underlying social processes.