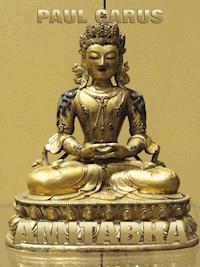 The story of Amitabha has a historical setting in the ascendancy of the kingdom of Gandhara, under King Kanishka, whose interest in Buddhism and whose connection with Acvaghosha, the great Buddhist philosopher, are well known. The plot gives ample opportunity in discussion and incident to explain and illustrate some of the cardinal points of Buddhism, especially in regard to the way of salvation and the God-conception represented by Amitabha Buddha, the Source of Infinite Light and the Standard of Being, as distinct from the Brahman idea of a conscious personal deity. Contents: The Ordination. The Novice. The God Problem. Kevaddha's Story. The Confession. Gandhara. King Kanishka. Magadha. Acvaghosha. Amitabha. The Conspiracy. The Man-Eating Tiger. The Buddhist Abbot And The Brahman. The Parable Of The Elephant. The Double Wedding. 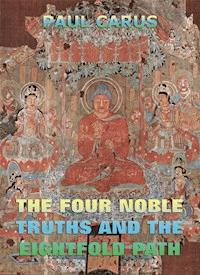 The Four Noble Truths And The Eightfold Path
Paul Carus 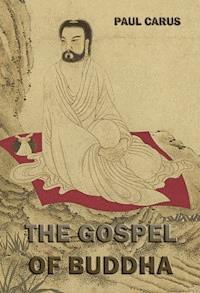 The Gospel of Buddha
Paul Carus