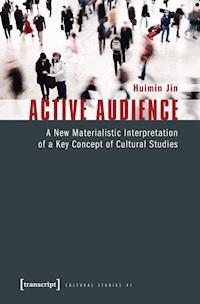 Despite a number of retrospective works on cultural studies, to date no other book dedicates itself to the historical and theoretical examination of British cultural studies' engagement with the »Active Audience theory« of the Birmingham School and its legacies. However, this book is no mere reconstruction of Active Audience theory as Huimin Jin develops new theoretical insights initially through a critical review of Stuart Hall's classical model of »encoding/decoding« and close readings of David Morley's groundbreaking ethnographic audience studies. Questioning the discourse model of the Active Audience proposed by Hall and Morley, Jin elaborates a new materialistic concept of audiences for the twenty-first century.