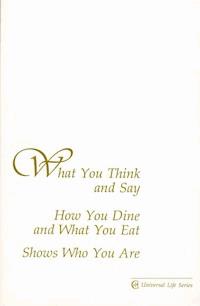 What the soul bears within as positive and negative aspects, the person shows externally in his thinking and speaking, in his gestures and facial expressions, when he dines, in his choice of clothing, in the furnishing of his home – in his whole life. 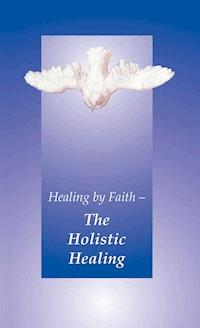 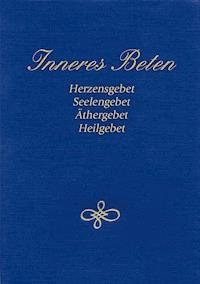 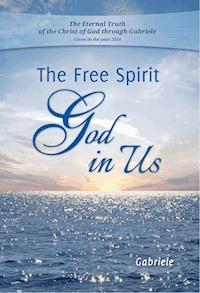 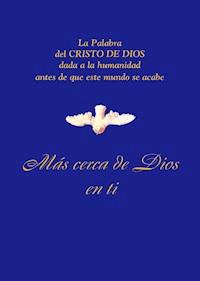 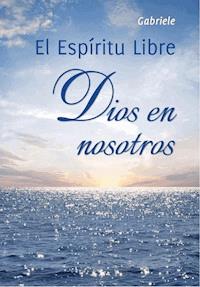 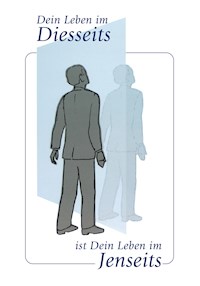 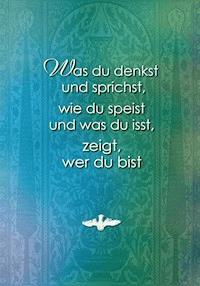 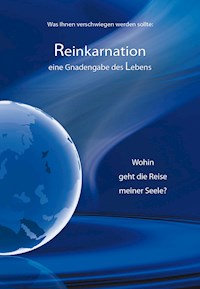 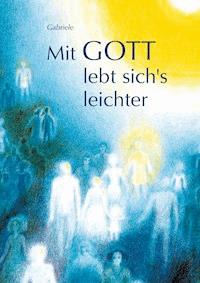 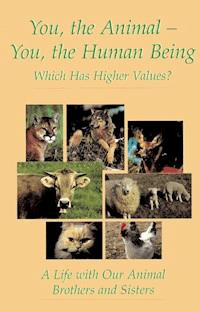 You, the Animal - You, the Human Being. Which Has Higher Values?
Gabriele, Dipl. Ing. Höller 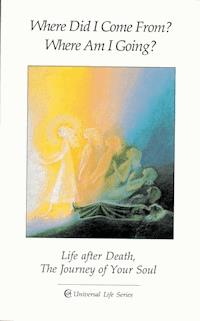 Where Did I Come From? Where Am I Going?
Gabriele, Dipl. Ing. Höller 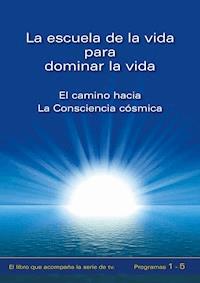 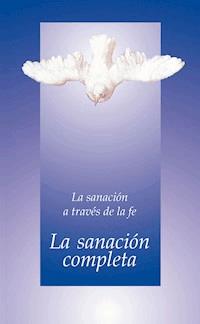 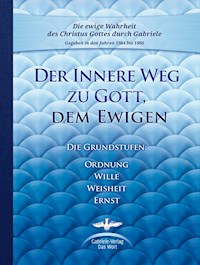 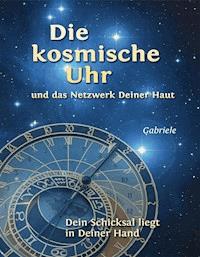 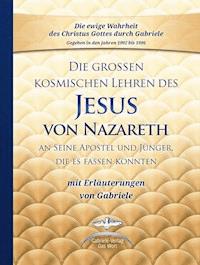 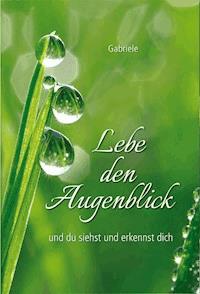 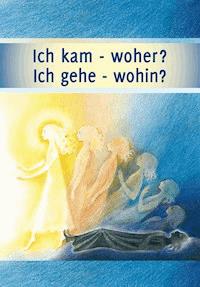 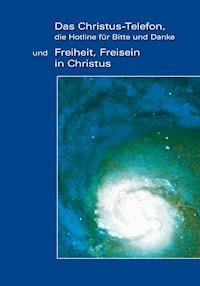 These plain volumes, given to us by way of the divine Wisdom, contain spiritual instructions seldom found in such a simple and condensed form which is at the same time appealing, loving and stimulating. On each page, we can read about how to sense and fathom life in all its fullness, beginning with its external, everyday appearance. We receive impulses and help towards a higher quality of life. In this way, we may come to know and understand ourselves better — as well as our neighbor. On the path of self-recognition and purification, we draw ever closer to our eternal being, which is beauty, clarity, righteousness, kindness, selflessness and peace.

You will find numerous repetitions in this book. They are not slipped into it by chance. The person who reads this text attentively will realize that in his explanations the spirit teacher and cherub of divine Wisdom, Brother Emanuel, is repeatedly shedding light from different perspectives on human events, on spiritual laws and principles, as well as on possibilities for self-recognition on the path to spirituality. In this way, the teaching and helping Spirit of God touches different aspects and vibration fields of the human consciousness, so that what He wants to explain to us can take root in us. Our human way of learning is thus taken into consideration by repeatedly addressing our consciousness with different spiritual impulses all pointing in the same direction.

From the spiritual point of view, collecting knowledge is of little use to us. It is only the application, the practical application in our everyday life — that is, the actualization of what we have recognized — that brings us spiritual gain. Then we leave the superficiality of an externalized life. We begin to fulfill the divine laws more and more, to comprehend the life, the truth, the divine in all things and to move within them.

The Consciousness, God, is eternally being

The consciousness, God, is eternally being.

Nothing which is can exist without God, the love, which is the life.

Nothing is outside of God. God is All in all things. God is omnipresent Spirit, all-effective.

God is the universal, absolute law.

The law, God, is irrefutable. The one who lives the law, lives God, and God lives through him.

The one who lives God, the law, lives the high power of absolute love. He has thereby become the law himself, which is God, the love.

God, the love and the life, the peace and the harmony, lives more and more each day through the soul, through the person, who is on the path to the Absolute, to God, the law of life.

The one who includes God, the selfless love, in his feeling, thinking, speaking and acting becomes wise. In the course of his spiritual life, he will become the law itself. He feels, thinks and speaks from the law of love, for he has become selfless love, impersonal, spirit of His spirit. He is divine again, just as God, the love, has created him. All souls have to walk this path one day, because the spiritual body is immortal. It came forth from the source of life, out of the love, God, and will return to the source, the wellspring, the love, because the pure being is divine and at the same time the law.

The one who allows God to become effective in him, by actualizing the eternal laws, lives in fulfillment more and more. He becomes meek and humble of heart. His nature and appearance will come to resemble the love of God. His world of feelings and thoughts becomes selfless love. The words of the person will then also be kind, just as his nature has become.

When the foundation, the world of feelings and thoughts of a person, is not selfless love, then his words and deeds will be effective for only a short time — for as long as they bear and maintain the outer world of appearance, into which feelings, thoughts, words and deeds were projected.

And so, what man thinks and says, is what he is

If a person’s world of feelings and thoughts is far from God, the love, harmony and peace, then he is focused primarily on himself. He is oriented to his body and not to the whole; he is not aligned with the consciousness, God. His human will, which is active as projection and production in the external world, is conditioned by time alone and is therefore relative. It is not capable of living for long, because matter is only short-lived.

And so, when a person’s world of feelings and thoughts is small, focused only on himself and his immediate surroundings, then his all-consciousness is narrow and disturbed. It is superimposed with human wants and longings.

People who think only of themselves and their immediate surroundings are self-centered. Often they are hard-hearted when their desires and ways of thinking are not fulfilled.

The reasons for hard-heartedness and intolerance are human sensations and thoughts, man’s ego, which has placed itself into the very center of material life.

People whose spirit-awareness is extremely narrow and overlaid live predominantly in body-awareness. That is, they are oriented to physical things.

People who are oriented only to their bodies want to compensate for the divine wisdom they have lost by means of intellectual living, with their way of feeling, thinking, speaking and acting. Since they are impoverished in their inner being by the shadowing of their souls, all their aspiration is to display to the world what they no longer possess, namely, divine wisdom.

The one who is oriented to the world is the one who is oriented to his body, who thinks only of his interests and acts accordingly. His nature is usually hard-hearted. He is frustrated and coarser in his structure than people who strive towards inner wisdom. He reacts extremely sensitively when his ideas and his field of knowledge, which are his whole pride, are questioned.

And so, if a person’s way of thinking, speaking and acting focuses only on his own person and perhaps on the small circle around him, on the few people who have a similar way of thinking, who are a part of his field of vision, he will fight with thoughts, words and deeds everything that is not his own, which does not correspond to his egoism. In his feelings and thoughts, he is then against everyone and everything which is of no use to his ego and is not necessary for his egotistical way of thinking and living. People with a strong ego also have a harsh facial expression.

Every person betrays his feeling, thinking and acting through his facial expressions and gestures, by the way he moves his body.

What a person feels and thinks has an effect on his entire posture.

The spiritual body, the soul, has magnetic fields.

The soul, which is the book of life, registers the positive feelings, thoughts and deeds of the person, as well as his unlawful life, his egotistical behavior. The one as well as the other is reflected on the person. The body is the expression of what a person feels, thinks and speaks, of what he actually is.

The egotistical person is moody. His mood can even develop into brutality. He wants to be right in everything he thinks and says. He fights for “his” right, because justice has become shadowed through his egotistical life. Therefore, his intellect is the measure of all things and the master of his ego.

The selfless person who lives from the law, whose basis is selfless love, is meek and humble. He is not a know-it-all. He will give, explain and love, by turning the other cheek when his neighbor wants to keep his own opinion. This means he will not argue with him, but will let justice prevail, by knowing the measure of all things and communicating as much of it as his neighbor is capable of understanding. He will leave him his free will in thoughts and actions, as long as his way of thinking and acting does not harm his fellow man. He will not be silent when injustice is done. He will speak and act from the law, but will neither overload his neighbor nor overwhelm him with his answers.

The human body is, like every form, an energy-body, an energy potential which radiates and vibrates in accordance with the feelings, thoughts and deeds of the individual.

Each person radiates what he is, what he has felt, thought and spoken towards himself. A person’s conduct also molds his inner and outer nature.

The one who does not strive for the absolute, the pure, the selfless, the divine love, peace and harmony, the powers which dwell within every soul, will emit only disharmony.

Each person emits what he is; for soul and person are simultaneously sender and receiver. Imperceptibly, a person emits who he is and imperceptibly he attracts, in turn, the same. He receives back what he emits or sends out, for like always attracts like.

When the soul of a person is similarly burdened as the person who influences him, soul and person will take in what his neighbor sends out in the form of opinions, ideas and desires.

One receives from the other, because he thinks and feels similarly, because his energy-body vibrates like his neighbor’s. Thus, he makes the opinions and ideas of his neighbor his own; he becomes an imitator.

People with strong egotistical inclinations, who are oriented only to material things, mold and shape their environment according to their will. They impose their will upon everyone who lives in their surroundings and submits to their will.

Only those people will submit to their neighbor’s self-will who, in their world of sensations and thoughts, vibrate similarly to the one who wants to shape his environment according to his will.

In accordance with his origin, every human being is divine, for God is love, peace and harmony. The nature of our heavenly Father is absolute, selfless and always giving. God, the law, is not the ego of the person, but the I Am of the soul, the absolute, the incorruptible core of the being, which is continuously active and indestructible.

The incorruptible core of the being, God, the love, in soul and person, gives unceasingly.