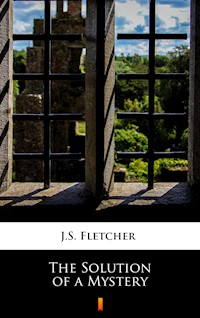 The Solution of a Mystery ebook

One of the main characters, Richard Redford, is charged with murder. His life was threatened with death if he did not confess. But he chose such a point of view that he would have nothing to say to anyone. His indecision to speak causes bewilderment to others. Should a hero accept death with honor or not broken promises? 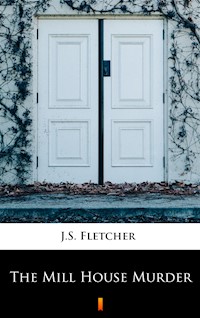 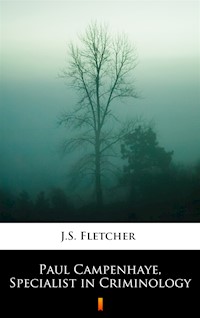 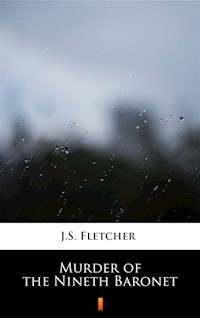 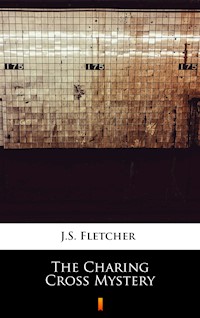 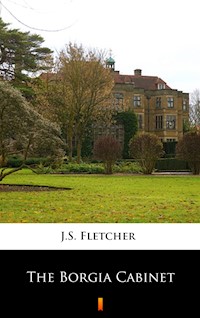 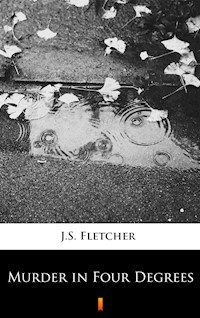 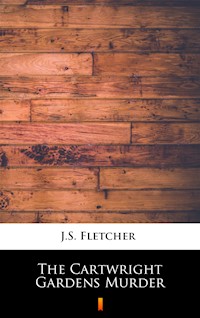 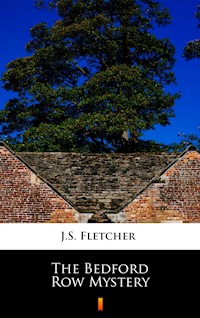 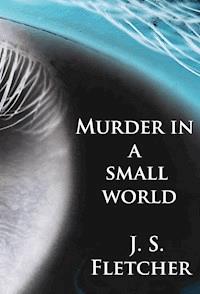 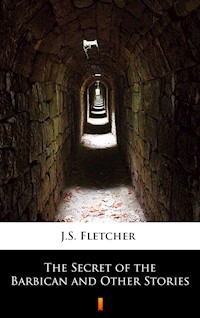 The Secret of the Barbican and Other Stories
J.S. Fletcher 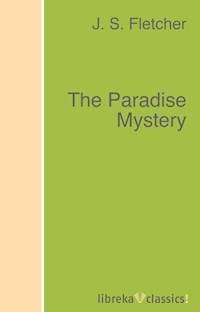 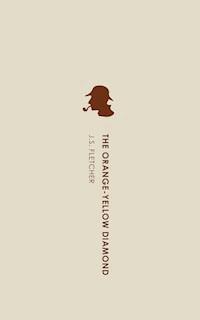 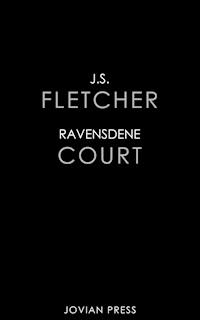 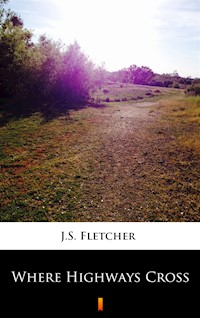 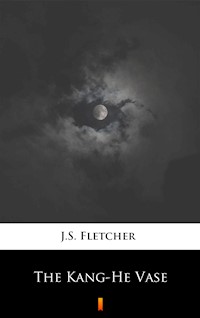 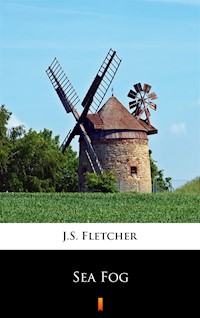 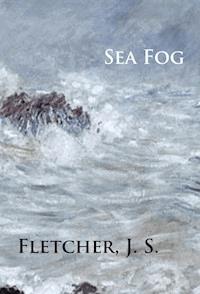 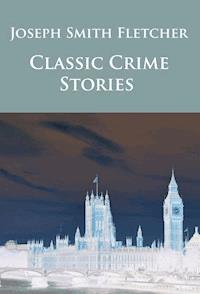 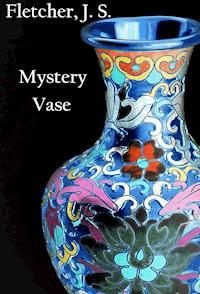 I. ACCORDING TO THE PROSECUTION (Statement of Charles Henderson, Superintendent of Police, Ullathwaite)

IV. THE TRUTH, THE WHOLE TRUTH . . (Statement of Richard Radford)

ACCORDING TO THE PROSECUTION (Statement of Charles Henderson, Superintendent of Police, Ullathwaite)

At the request of Mr Philip Wynyard Wrenne, chairman of the West Riding magistrates at Ullathwaite, and as Superintendent of the West Riding Constabulary in that district, I proceed to write out, to the best of my ability, all that I know as regards the arrest and trial of Richard Radford, charged with the murder of Roger Maidment at Hagsdene Wood, on the outskirts of Ullathwaite, on the night of October 17, 1899. I shall endeavour to suppress any personal opinion of my own as regards this matter and shall confine myself to the bare facts of the case as they were presented to me in my official capacity. And here I had better explain a certain point in order to make things clear. Ullathwaite, as a borough, has its own borough police and magistrates; they deal with crimes and offences occurring within the borough. Hagsdene Wood, however, is outside the borough boundary; hence the Maidment affair came within the jurisdiction of the county police and justices and became my duty to investigate.

Ullathwaite is a small market-town in the purely agricultural part of the West Riding of Yorkshire. Its population in 1891 was a little over 4000. Except on market, fair, and auction days it is a slow-going, sleepy place. Being so small everybody–of any consequence–is well known; I mean, everybody is, so to speak, known to everybody else. Society follows the usual lines of English division. In and round about the town there is a small percentage of the upper class. There is a larger one of the middle class, subdivided into the various sections of professional folk, clergy, doctors, lawyers, bankers, better-class tradesmen and people engaged in commerce; beneath these comes the always more numerous class of workers in one or other line of labour. It is safe to repeat, however–and it is pertinent to what I shall have to say in this statement–that in Ullathwaite, whatever his rank or class, almost every man is well known to the rest of his fellow-townsmen. Those familiar with English country-town life will know what I mean when I say that the local newspaper, the Ullathwaite Advertiser, prints nothing but purely local news, and that its editor would regard the production of a monster gooseberry or abnormal vegetable-marrow by John Smith, market gardener, as being of vastly more importance to his readers than an eruption of Vesuvius or a revolution in Brazil.

Being an unmarried man, I live in lodgings, instead of having a house of my own. I lodge with Mrs Marriner, at Oak Cottage, a little way outside the town, on its western border and beyond the borough boundary. I have there three excellent rooms: two sitting-rooms, one of which I use as an office, and a bedroom which has a private bathroom attached to it. About half-past seven o’clock on the morning of October 18, 1899, I was in this bathroom when Mrs Marriner’s servant-maid, Esther Thorp, came knocking at the door, calling my name.

“Mr Henderson, Mr Henderson!’ she cried. “There’s a man downstairs, sir, says he must see you at once!’

“I think it’s Mr Wrenne’s gamekeeper, sir,’ she answered. “But I don’t know his name. He says he must see you immediate!’

“Tell him I’ll be there in five minutes,’ I said.

I got out of my bath, had a rub down, and got into some clothes and a dressing-gown. I knew Mr Wrenne’s gamekeeper well enough, a man named Sevidge, and I guessed that if, or as, he wanted me there had been some scrap between him and poachers during the night. But when I went downstairs and saw him standing in Mrs Marriner’s kitchen I knew that there was something more serious than that.

He glanced round to make sure that we were alone. Then he came close.

“It’s murder, Mr Henderson!’ he said in a low voice. “Do you know that young fellow Maidment–Roger Maidment?’

“He’s lying there in Hagsdene Wood–dead,’ he went on. “I found him just now, as I was on my way to Wrenne Park. Been lying there all night from the look of him–clothes wet through, and so on.’

“What makes you think it’s murder?’ I asked.

“Ah!’ he answered. “No doubt of it. There’s a wound on his left temple–but you’ll see for yourself. And–his pockets are all turned inside out. Murdered–and robbed!’

“Anybody else know?’ I inquired.

“Not that I’m aware of,’ he replied. “I found him by accident–and came straight back to you.’

“Very well,’ I said. “Now do something for me, Sevidge. The nearest of my men is Walshaw–’

“Run down to him, then,’ I continued. “Tell him to get two or three other men and to see Dr Simpson, and bring them all as quickly as possible to Hagsdene Wood. Then come back here and I’ll go along with you.’

He was an obliging fellow, Sevidge, and he hastened away there and then, while I hurried upstairs to finish dressing. While I dressed, I reflected on what I knew of Roger Maidment. He was a young fellow of, perhaps, five-and-twenty years of age, who, having been a clerk in an accountant’s office, had recently set up for himself as a collector of rents, and, I believe, had got quite a nice little business together. I happened to know, too, that he collected the rents of some property that lay on the farther side of Hagsdene Wood; probably he had been returning with the money in his pocket when, as Sevidge seemed to suggest, he had been waylaid, murdered, and robbed.

Sevidge was back within half an hour; as soon as I had swallowed a cup of tea and a mouthful of bread I set out with him. Hagsdene Wood was half a mile away. It was a bit of old woodland, thick with ancient oak and beech, which lay between the outskirts of the town and Wrenne Park–a gloomy and lonely place, intersected by two or three paths which formed short cuts from the neighbouring roads and lanes. And it was within a few yards of one of these paths that I found Maidment’s dead body: it had evidently been dragged from the path to where it lay. One glance at the dead man’s face and head showed me what had happened. He had been struck a terrible blow on the left temple–a blow sufficient to cause death, and probably repeated. Another glance confirmed what Sevidge had already told me–the dead man’s pockets had been turned out.

There was nothing to be done till my men and the doctor arrived, and as I was not very familiar with Hagsdene Wood I looked round to get my bearings. Through the trees, perhaps fifty or sixty yards away, at the edge of the wood, I saw the roof and chimneys of a house: it appeared to be the only house anywhere near where we stood.

“Whose house is that, Sevidge?’ I asked. “I suppose you know?’

I knew all about Hebb. He was managing clerk to Mr John Radford, a well-known solicitor of the town, and at that time Mayor of Ullathwaite.

“I’ll just step across and find out if they heard anything during the night,’ I said. “If Dr Simpson and the police come while I’m away, tell them I’ll be back in a few minutes. Touch nothing, Sevidge, till they come.’

“No intention, sir!’ he replied grimly. “Not to my taste.’

I went across the wood to Hebb’s house. It was a small place, an old-fashioned cottage really, standing in a pretty, tree-surrounded garden. I knocked at the front door, which faced the edge of the wood–knocked twice before I got any response. Then I heard a key turned, a bolt drawn; the door opened, and I found myself confronting Mrs Hebb. She was a very pretty, well-developed young woman of perhaps twenty-five years of age, the English type of fair hair and blue eyes; an attractive woman altogether. That I had disturbed her before she could complete her toilet was evident; her hair was loose about her shoulders, and she was still in a dressing-gown. Her eyes opened wide when she saw me–I was, of course, well known to her by sight, though I could not remember seeing her before.

“Good morning, Mrs Hebb,’ I said. “Sorry to disturb you. But–something’s happened just inside the wood there, and I wanted to ask you if you or your husband heard any sounds of a struggle or anything of that sort last evening, or during the night?’

Hebb suddenly appeared behind his wife–in his shirt and trousers. He too stared at the sight of me.

“Something wrong, Superintendent?’ he asked.

“There’s something very wrong,’ I replied. “I don’t want to alarm Mrs Hebb, though. I came to ask if you or she, or both, heard any sound–cries, anything of that sort–from this wood last evening, or during the night?’