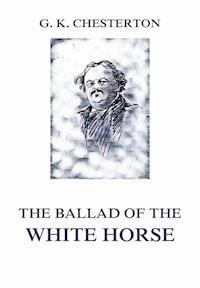 The Ballad of the White Horse ebook

Gilbert K. Chesterton has kept his finest energies for fashioning the verses and symbolism of this ballad-epic — the story of King Alfred and the Danes. The London Nation said of the book: "We are certainly inclined to prophesy that 'The Ballad of the White Horse' will live very much longer than any other of Mr. Chesterton's writings. It is the best and most important thing he has done." 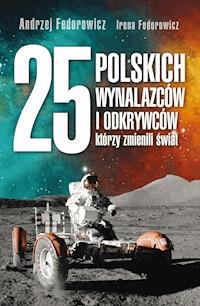 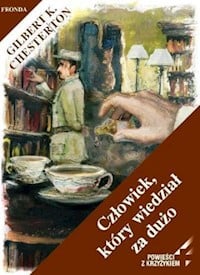 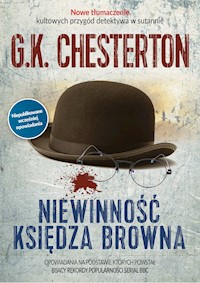 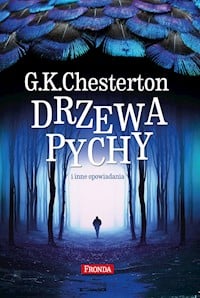 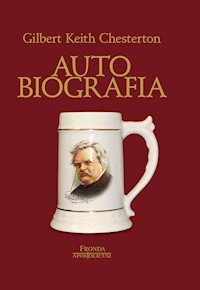 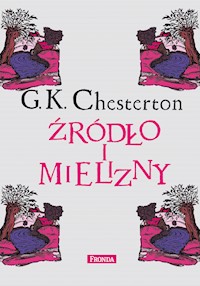 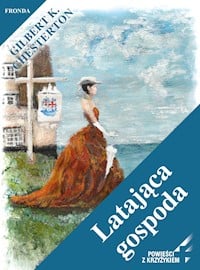 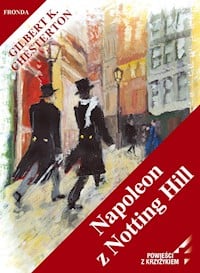 The Ballad of the White Horse

The Ballad of the White Horse, G. K. Chesteron

Book II: The Gathering of the Chiefs. 14

Book IV: The Woman in the Forest33

Book VI: Ethandune, the Slaying of the Chiefs. 51

Book VIII: The Scouring of the Horse. 71

This ballad needs no historical notes, for the simple reason that it does not profess to be historical. All of it that is not frankly fictitious, as in any prose romance about the past, is meant to emphasize tradition rather than history. King Alfred is not a legend in the sense that King Arthur may be a legend; that is, in the sense that he may possibly be a lie. But King Alfred is a legend in this broader and more human sense, that the legends are the most important things about him.

The cult of Alfred was a popular cult, from the darkness of the ninth century to the deepening twilight of the twentieth. It is wholly as a popular legend that I deal with him here. I write as one ignorant of everything, except that I have found the legend of a King of Wessex still alive in the land. I will give three curt cases of what I mean. A tradition connects the ultimate victory of Alfred with the valley in Berkshire called the Vale of the White Horse. I have seen doubts of the tradition, which may be valid doubts. I do not know when or where the story started; it is enough that it started somewhere and ended with me; for I only seek to write upon a hearsay, as the old balladists did. For the second case, there is a popular tale that Alfred played the harp and sang in the Danish camp; I select it because it is a popular tale, at whatever time it arose. For the third case, there is a popular tale that Alfred came in contact with a woman and cakes; I select it because it is a popular tale, because it is a vulgar one. It has been disputed by grave historians, who were, I think, a little too grave to be good judges of it. The two chief charges against the story are that it was first recorded long after Alfred¹s death, and that (as Mr. Oman urges) Alfred never really wandered all alone without any thanes or soldiers. Both these objections might possibly be met. It has taken us nearly as long to learn the whole truth about Byron, and perhaps longer to learn the whole truth about Pepys, than elapsed between Alfred and the first writing of such tales. And as for the other objection, do the historians really think that Alfred after Wilton, or Napoleon after Leipsic, never walked about in a wood by himself for the matter of an hour or two? Ten minutes might be made sufficient for the essence of the story. But I am not concerned to prove the truth of these popular traditions. It is enough for me to maintain two things: that they are popular traditions; and that without these popular traditions we should have bothered about Alfred about as much as we bother about Eadwig.

One other consideration needs a note. Alfred has come down to us in the best way (that is, by national legends) solely for the same reason as Arthur and Roland and the other giants of that darkness, because he fought for the Christian civilization against the heathen nihilism. But since this work was really done by generation after generation, by the Romans before they withdrew, and by the Britons while they remained, I have summarised this first crusade in a triple symbol, and given to a fictitious Roman, Celt, and Saxon, a part in the glory of Ethandune. I fancy that in fact Alfred¹s Wessex was of very mixed bloods; but in any case, it is the chief value of legend to mix up the centuries while preserving the sentiment; to see all ages in a sort of splendid foreshortening. That is the use of tradition: it telescopes history.

Of great limbs gone to chaos, A great face turned to night-- Why bend above a shapeless shroud Seeking in such archaic cloud Sight of strong lords and light? Where seven sunken Englands Lie buried one by one, Why should one idle spade, I wonder, Shake up the dust of thanes like thunder To smoke and choke the sun? In cloud of clay so cast to heaven What shape shall man discern? These lords may light the mystery Of mastery or victory, And these ride high in history, But these shall not return. Gored on the Norman gonfalon The Golden Dragon died: We shall not wake with ballad strings The good time of the smaller things, We shall not see the holy kings Ride down by Severn side. Stiff, strange, and quaintly coloured As the broidery of Bayeux The England of that dawn remains, And this of Alfred and the Danes Seems like the tales a whole tribe feigns Too English to be true. Of a good king on an island That ruled once on a time; And as he walked by an apple tree There came green devils out of the sea With sea-plants trailing heavily And tracks of opal slime. Yet Alfred is no fairy tale; His days as our days ran, He also looked forth for an hour On peopled plains and skies that lower, From those few windows in the tower That is the head of a man. But who shall look from Alfred's hood Or breathe his breath alive? His century like a small dark cloud Drifts far; it is an eyeless crowd, Where the tortured trumpets scream aloud And the dense arrows drive. Lady, by one light only We look from Alfred's eyes, We know he saw athwart the wreck The sign that hangs about your neck, Where One more than Melchizedek Is dead and never dies. Therefore I bring these rhymes to you Who brought the cross to me, Since on you flaming without flaw I saw the sign that Guthrum saw When he let break his ships of awe, And laid peace on the sea. Do you remember when we went Under a dragon moon, And `mid volcanic tints of night Walked where they fought the unknown fight And saw black trees on the battle-height, Black thorn on Ethandune? And I thought, "I will go with you, As man with God has gone, And wander with a wandering star, The wandering heart of things that are, The fiery cross of love and war That like yourself, goes on." O go you onward; where you are Shall honour and laughter be, Past purpled forest and pearled foam, God's winged pavilion free to roam, Your face, that is a wandering home, A flying home for me. Ride through the silent earthquake lands, Wide as a waste is wide, Across these days like deserts, when Pride and a little scratching pen Have dried and split the hearts of men, Heart of the heroes, ride. Up through an empty house of stars, Being what heart you are, Up the inhuman steeps of space As on a staircase go in grace, Carrying the firelight on your face Beyond the loneliest star. Take these; in memory of the hour We strayed a space from home And saw the smoke-hued hamlets, quaint With Westland king and Westland saint, And watched the western glory faint Along the road to Frome.

Book I: The Vision of the King

Were filled with faces that moved like foam, Like faces in a dream. And men rode out of the eastern lands, Broad river and burning plain; Trees that are Titan flowers to see, And tiger skies, striped horribly, With tints of tropic rain. Where Ind's enamelled peaks arise Around that inmost one, Where ancient eagles on its brink, Vast as archangels, gather and drink The sacrament of the sun. And men brake out of the northern lands, Enormous lands alone, Where a spell is laid upon life and lust And the rain is changed to a silver dust And the sea to a great green stone. And a Shape that moveth murkily In mirrors of ice and night, Hath blanched with fear all beasts and birds, As death and a shock of evil words Blast a man's hair with white. And the cry of the palms and the purple moons, Or the cry of the frost and foam, Swept ever around an inmost place, And the din of distant race on race Cried and replied round Rome. And there was death on the Emperor And night upon the Pope: And Alfred, hiding in deep grass, Hardened his heart with hope. A sea-folk blinder than the sea Broke all about his land, But Alfred up against them bare And gripped the ground and grasped the air, Staggered, and strove to stand. He bent them back with spear and spade, With desperate dyke and wall,