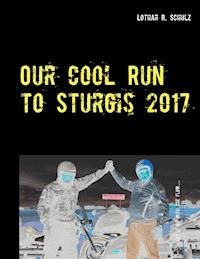 Our Cool Run to Sturgis 2017 ebook

Our Cool Run to Sturgis 2017 ebook

A special kind of travel journal... A German rides to the largest motorcycle party in the world with a 92ci (1500cc) Victory bike and some good American friends from St. Paul (Minnesota) to "STURGIS" (South Dakota). He lets the reader/viewer get a taste of his impressions of the landscapes, people, experiences, and the American way of living. It is a book of a road trip with many expressive images that speak for themselves ... Anyone who has not been there by now at least has the opportunity to get a taste of the great freedom, the "Big Event" - the "Sturgis Bike Week" - and also the diverse and breathtaking scenes of nature from the author´s perspective, such as the prairie, the Badlands, and the Black Hills. He or she should get a little taste of all this, and also a little appetite, ... Yes, he or she should long for a bit MORE ... Because at the right time, nothing is cooler than the inner attitude to life according to the Native American motto: Let it go with the flow ...! The cover photo shows the author (left) and his American buddy John (right) on the way to Sturgis on the outskirts of "White River", which they have taken shortly after a refueling stop. PS: In the book's appendix, many "links" have been added for people who also feel like experiencing the wild beauty of this unspoiled South Dakota country. In addition, a highly recommended American travel guide around the Bike Week in Sturgis is presented. 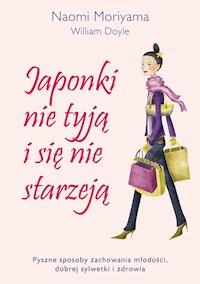 ...always believe in the natural power and wisdom of the American native people...

This book is dedicated to all those who actively or passively participated in its creation in any way!

And the following people I would thank by name:

This account of my journey is designed in the form of a diary, which should mainly tell the story though the many and sometimes striking images. Pretty much everything that seemed interesting in any way was recorded. Therefore, you should not be surprised if you see and read things here that also serve as memories for the author. But perhaps it just this characteristic that distinguishes this "work" from other books in a hopefully quite pleasant way ...!

This book should not only convey information about the actual experience; most importantly, it should also reflect some of what was perceived and experienced through subjective impressions in the most diverse situations. You, the reader, or should I say the viewer of the pictures, are invited to join me as intensively as possible in my itinerary. I hope you can absorb some of the magic and energy as we take our road trip across some of the highways through the US-Midwest, the American prairie, and to our ultimate destination – the world's largest motorcycle party, "STURGIS", in the State of South Dakota (SD) and surrounding area.

You are invited to get a little taste of the passion and enjoyment of this journey through this still rough and untamed country, and maybe also get an appetite for what maybe – if at all – possible to express with black letters on white paper.

The journey’s motto from the beginning was:

You are welcome to enjoy…!!!

Our journey began on July 26th, 2107, in Karlsruhe and ended on August 16th, 2017, at the same place. We flew with Lufthansa from Frankfurt/M via Chicago and then on to Minneapolis, Minnesota, and for a price of about 800 Euros, it proved to be quite affordable. (Flying the next day would have been about 500 Euros more due to the summer holiday season).

Upon arrival in Minneapolis, we were picked up by John Winker, who lives very close to St. Paul. The jet lag took over quite quickly, and so after a few welcoming beers at 2 o’clock in the morning (local time), we were really exhausted, and so we fell into bed with a smile as we drifted deep into the realm of dreams ...

John Winker‘s ‚68 Ford Falcon in front of his house in St. Paul.

…because we had arrived now, at the starting point of our trip, which was to lead us through the expanses of the American Midwest. In a part of the country where the clocks run differently, and the rhythm of life differs from ours in a subtle as well as decisive way.

You can get used to it quickly, very quickly ...

After about 5 hours of sleep, we are awakened by the sirens of a remote police car or ambulance. A sound reminding me of pleasant memories of exciting American films from my childhood and youth.

Yes, we are here now, in the land of unlimited possibilities.

By the way, John’s place in Juno Avenue is only about 4 miles from where the “colored” Philandro Castiles was "accidentally" killed in a vehicle check last year on July 6, 2016. He was shot 7 times by a police officer as he went to pull out his driver's license out of his back pocket. (The case went through the press). Incidentally, Philandro was stopped only because of a defective brake light on his car. The policeman was acquitted in spite of the quite clear situation and citizen protests. The only consequence was that he was removed from the police force as ...

US – also a land of "impossible" opportunities ...

SO IF GUNS KILL PEOPLE,

But we are in “luck”, since none of us are "colored" and we have made sure that all of the taillights are working on the bikes, so we do not have to be concerned ...

Because … shit happens every day … and everywhere!

THE BIKE: The Victory (V92C, BJ 1999, ID No. 379) is a convincingly powerful 1500cc engine with 58hp and has just over 14,000 miles on the odometer. It is one of the first machines of this brand, and spent many as an exhibit in the showroom of a retailer in Minnesota. John purchased it last October for this trip, and got it for about $4500. The sound of its engine roars and bubbles with its open tailpipes, penetrating hard, similar to a Harley, but somehow biting and therefore very impressive!

For my first trip with this bike, we took the adjacent freeway and I was without a helmet, which by the way, is not compulsory here. We went to a motorcycle dealer where I got one though. So now with my helmet, I am comfortable, used to cruising as in good old Germany ...

... because in my adolescent age of 50 years, one should be somewhat reasonable, although perhaps only in the approach ... and I do not want to do what is done here by most with such incredible care freeness (about 90% of bikers ride here without a helmet!).

After that stop, we wanted to visit a friendly Indian dealer, a half-Indian, but he was in Las Vegas on business ...

We drove there in John's "new" black 1968 Ford Falcon, which he recently purchased for $1500 and has already restored at least so it is ready to drive. The old-timer squeaks and rattles from front to back, the suspension vibrates like a rolling ship in the high seas when accelerating and braking, but it's just great fun to roll over the highways while the car radio plays cool sounds of current underground music I do not know from home, so ...

It's a relaxed and fun activity on this first day.

It’s rumored that John’s great-grandmother on the maternal side was likely an Indian (Sioux or Cheyenne), and maybe that is one of the reasons why everything is down to earth and very familiar and friendly.

Another small highlight for me was the revolver John had inherited from his father. It's a magnum 44 "Dirty Harry". With this weapon, you could kill a grizzly bear with only one shot. You should note though that firing should only be done two-handed and with a firm grip, as the kick is absolutely brutal! Even some experienced shooters want to leave this weapon alone...