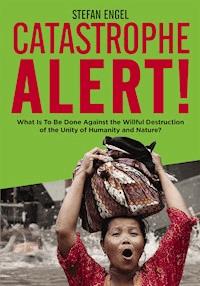 CATASTROPHE ALERT! What Is To Be Done Against the Willful Destruction of the Unity of Humanity and Nature? ebook

An ever increasing number of local and regional ecological catastrophes plague humanity. They are symptoms of an environmental crisis which is in the process of transforming at an accelerated pace into a global environmental catastrophe. As their chief causes are to be found in the capitalist profit system, the environmental question today calls for a society-changing struggle. This is why we need a new environmental movement which draws a clear dividing line to imperialist environmentalism and organizes its ranks. Militantly, purposefully and on a global scale it must confront the willful destruction of the natural foundations of life by those in power. The book's polemics are intentional. Taking an unequivocal position it intervenes in the debate over the strategy how to resolve the environmental issue. 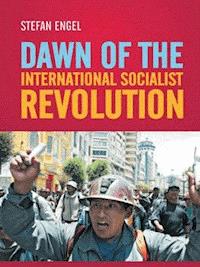 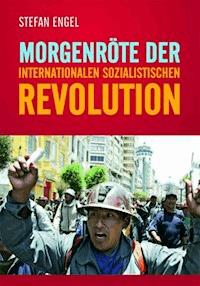 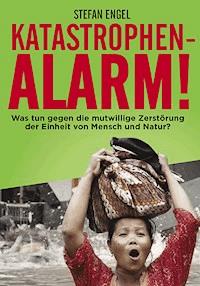 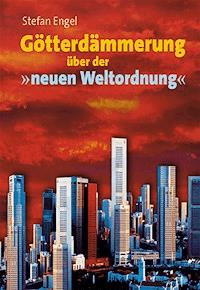 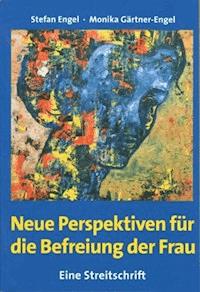 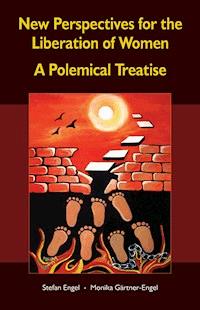 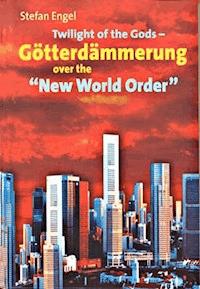 Catastrophe Alert! What Is to Be Done Against the Willful Destruction of the Unity of Humanity and Nature?

Catastrophe Alert!What Is to Be Done Against the Willful Destructionof the Unity of Humanity and Nature?

What Is to Be Done Against theWillful Destruction of the Unityof Humanity and Nature?

Class Struggleand the Struggle for theUnity of Humanity and Nature

Catastrophe Alert!What Is to Be Done Against theWillful Destructionof the Unity of Humanity and Nature?

I. On the Fundamental Unity of Humanity and Nature

2. The Biosphere – Foundation of Human Life

3. Philosophical Struggle over the Fundamental Unity of Humanity and Nature

4. Marx’s and Engels’ Fundamental Critique of the Gotha Program

5. Generally Low Regard for the Environmental Issue in the Working-Class Movement

1. Undermining of the Natural Foundations of Life and Ruining of Labor Power

2. The Environmental Crisis as Accompanying Manifestation of Imperialism

3. The Environmental Crisis as Law-Governed Manifestation

A. Main Features of the Transformation into a Global Environmental Catastrophe

A. 1. Destruction of the Ozone Layer

A. 2. Accelerated Destruction of Forests

B. 5. Imminent Danger of Collapse of the World’s Ocean Systems

B. 6. Destruction of Regional Ecosystems and Extinction of Species

B. 7. Ruthless Overexploitation of Natural Materials

B. 8. Waste Proliferation, Poisoning and Pollution

B. 9. Irresponsible Use of Nuclear Energy

C. 10. Destructive Mining Methods in the Production of Raw Materials

C. 12. Overexploitation of Labor Power and Destruction of the Natural Foundations of Life

IV. Class Struggle and Struggle to Save the Natural Environment

3. International, Anti-Imperialist Character of the Struggle to Save the Natural Environment

4. A New Quality of the Environmental Movement

5. Environmental Policies in Socialism and Reversal in Bureaucratic Capitalism

6. The Solution of the Environmental Question in Socialism/Communism

The environmental question undoubtedly has arrived in the public consciousness. The world over, concern for the state of the natural environment is growing. No serious politician, media professional, entrepreneur or trade-unionist can afford to ignore this question anymore. Too many local and regional ecological disasters meanwhile plague humanity.

The impression is created in the public eye that the problem of the environment is in good hands with the ruling powers and their governments. But in reality, since the environmental crisis arose in the early 1970s they have been neither willing nor able to undertake any effective action against it. Instead, humanity is drifting at an unabated – and even accelerated – pace towards a global environmental catastrophe which has the potential for destroying the foundations of all human existence. The responsibility for this development lies mainly with the international supermonopolies, which today control the entirety of world production and world trade as well as politics, economics and science in all countries.

A new environmental consciousness has awakened. But its level far from suffices to comprehend the threat to the existence of humankind in all its consequences. Public opinion one-sidedly focuses attention on individual factors of the environmental crisis – for example the threatening climate catastrophe. At the same time, other problems no less dramatic, such as the growing ozone hole and the destruction of the oceans’ ecosystems or the forests, are put out of mind or played down. Above all, the interconnections and interactions are largely ignored.

Is it at all conceivable that convincing arguments alone can get those in charge of the capitalist profit economy to stop this development? Is it conceivable that the ruling international monopolies suddenly will give up their dictatorship or their exorbitant profits just to save the environment?

This is not going to happen! Fully aware of the deadly risks they take the Earth to the brink of an environmental catastrophe! The circumstances of capitalist competition today demand of the international monopolies, under penalty of their ruin, that they carry the overexploitation of humans and nature to extremes.

The so-called environmental issue has long since become a highly political issue. What is the justification for a social order whose entire existence is based on a foundation which threatens humans and nature?

Instead of doing anything of significance to counter this threat, those in power have instituted a whole system of imperialist and petty-bourgeois environmentalism in order to manipulate the whole of humanity. With appeasement, lies, cover-ups and specious solutions they attempt to prevent active resistance by the masses or undermine it.

This book leaves no room for doubt that humanity must not leave the environmental issue up to the ruling social system. If it does, it will sink into capitalist barbarism!

On the basis of diverse concrete studies the book comes to the conclusion that humanity meanwhile finds itself in the middle of a progressing transition to a global environmental catastrophe. Resolving the environmental issue today calls for a society-changing struggle. Only an international socialist revolution can solve the social and ecological question. Only in a socialist society without exploitation of man by man do humans and nature form a fruitful unity. Only in a classless communist society will the “humanization of nature” and the “naturalization of humans” come to their relative completion, as Karl Marx formulated.

To accomplish this great goal, the environmental movement and the working-class movement must change. The revolutionaries all over the world must change, too; they must enlarge their political strategy and tactics and raise them to a higher level to reflect the new facts.

This will not be possible without serious discussions, without critical and self-critical assessment, and without advances in knowledge on the issue itself. This book is intended to provide help for this and contribute to the discussion. It is explicitly a polemic which intervenes in the strategy debate on the solution of the environmental question and takes an unequivocal position. It is a book that seeks to destroy illusions, but above all a book that wants to mobilize people and creatively outline the vision of a future society in which the environmental question indeed can been solved.

The book upholds a high scientific standard and is based on thorough investigation, on facts gained from bourgeois science, in order to critically wrest from them the essential findings and reveal the dialectical connections existing in the universal interaction between humans and nature.

The guiding principles of this book are the dialectical-materialist method and the theory of the fundamental unity of humanity and nature, developed 170 years ago by Karl Marx and Frederick Engels. With the emergence of reformism in the working-class movement at the end of the nineteenth century, these fundamentals were rejected, disregarded, even systematically cast aside. This negatively influences the working-class and people’s movements to this day.

Along with the acknowledgment of the brilliant discoveries of Marx and Engels regarding the dialectics of humanity and nature, a hallmark of this book is the militant debate with modern anticommunism on the issue of the environment. Also, various forms of resignation, minimization, simplification or panic, which can be encountered in the environmental movement, are subjected to a philosophical critique.

Last, but not least, the book is a result of critical and self-critical discussions and cooperation with activists of the environmental movement and with revolutionaries from all over the world.

The title of the book edition – Catastrophe Alert!What Is to Be Done Against the Willful Destruction of the Unity of Humanity and Nature? – is intended to create awareness of the seriousness of the problems as well as of the urgent need for solving them.

This book is not the first occasion on which the Marxist-Leninist Party of Germany has concerned itself with the environmental issue. It carries on the Revolutionärer Weg series, which has dealt with the environmental crisis fundamentally and systematically from the standpoint of Marxism-Leninism since 1984. But it raises knowledge to a new level, reflecting the developments which meanwhile have materialized. Above all, the book is intended to help put the environmental issue firmly back on the agenda in the international revolutionary and working-class movement.

I. On the Fundamental Unity of Humanity and Nature

In everyday use the term “nature” usually is restricted to individual phenomena in the human environment: the landscape, flora and fauna, or the weather. From the point of view of dialectical materialism, however, the concept of “nature” encompasses the entire universal reality.

Nature consists of an infinite multitude of forms of material motion and constantly changing material states of matter in motion. The best known forms of motion are change of place, friction, heat, light, electricity, magnetism, radioactive radiation, chemical reactions, biochemical metabolism, photosynthesis, etc. As to the material states we can distinguish between gases, solids and liquids or between organic and inorganic matter. These elements of nature mutually determine one another and simultaneously are in continual conflict with one another.

All the different forms of existence of matter are nothing but different natural processes. According to current knowledge these forms range from continuous matter through tiny subatomic particles in the microcosm to gigantic clusters of galaxies and even bigger superstructures in the macrocosm.

With the help of spectrum analysis it could be proved that galaxies and cosmic nebulae, stars and planets like our Earth consist of identical components: the atoms of the chemical elements and subatomic particles. All manifestations and stages of development of matter make up a system of universal coming into being and passing away.

Dialectical materialism takes as starting point that all nature is material – that is to say, exists objectively, independent of the consciousness and will of humans. The motion of matter is governed by dialectical laws of motion. The dialectics of nature can be understood to subsume material motion in its most general form.

At every stage of development of matter, qualitatively new forms and also new laws of motion arise, which humans can investigate, cognize and use. The progress of human knowledge becomes manifest in the degree to which humanity understands the dialectics of nature, as well as in its ability to consciously apply the dialectical method to nature, society, and human thinking, feeling and acting.

Bourgeois cosmology denies the infinity of matter. It considers only matter’s concrete forms and treats them as absolute. It has always searched tirelessly, but in vain, for a beginning and end of the universe. According to the prevailing doctrine, the “expansion” of the cosmos is supposed to have begun about 13 to 20 billion years ago out of “nothing,” with a “big bang.” Marxist-Leninists criticized this “creation story” of bourgeois cosmology from the very beginning; meanwhile it is a subject of very great controversy even among bourgeois scientists.

The concrete natural phenomena are finite, while the universal motion of matter is infinite. The infiniteness of matter in motion is what constitutes its universal in the macrocosm and the microcosm.