In the center of attention, as you can already guess from the very name, three sisters who dream, love and of course talk a lot about life. All of them are waiting for happiness and hope for a happy future. Chekhov was able to very well reveal the images of the sisters. Before us are three heroines with different characters, different habits, but at the same time, they received one upbringing and were very educated. The action takes place in a provincial town. With all her thoughts, the heroines rush to Moscow. It is there that they think to find their happiness and fulfill all their dreams. 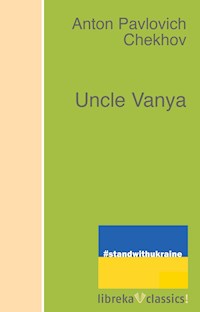 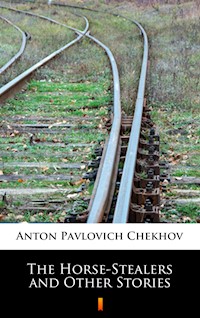 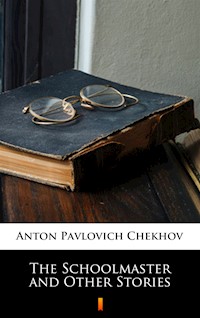 The action takes place in a provincial town.

[Ages are stated in brackets.]

[In PROSOROV’S house. A sitting-room with pillars; behind is seen a large dining-room. It is midday, the sun is shining brightly outside. In the dining-room the table is being laid for lunch.]

[OLGA, in the regulation blue dress of a teacher at a girl’s high school, is walking about correcting exercise books; MASHA, in a black dress, with a hat on her knees, sits and reads a book; IRINA, in white, stands about, with a thoughtful expression.]

OLGA. It’s just a year since father died last May the fifth, on your name-day, Irina. It was very cold then, and snowing. I thought I would never survive it, and you were in a dead faint. And now a year has gone by and we are already thinking about it without pain, and you are wearing a white dress and your face is happy. [Clock strikes twelve] And the clock struck just the same way then. [Pause] I remember that there was music at the funeral, and they fired a volley in the cemetery. He was a general in command of a brigade but there were few people present. Of course, it was raining then, raining hard, and snowing.

IRINA. Why think about it!

[BARON TUZENBACH, CHEBUTIKIN and SOLENI appear by the table in the dining-room, behind the pillars.]

OLGA. It’s so warm to-day that we can keep the windows open, though the birches are not yet in flower. Father was put in command of a brigade, and he rode out of Moscow with us eleven years ago. I remember perfectly that it was early in May and that everything in Moscow was flowering then. It was warm too, everything was bathed in sunshine. Eleven years have gone, and I remember everything as if we rode out only yesterday. Oh, God! When I awoke this morning and saw all the light and the spring, joy entered my heart, and I longed passionately to go home.

CHEBUTIKIN. Will you take a bet on it?

[MASHA, lost in a reverie over her book, whistles softly.]

OLGA. Don’t whistle, Masha. How can you! [Pause] I’m always having headaches from having to go to the High School every day and then teach till evening. Strange thoughts come to me, as if I were already an old woman. And really, during these four years that I have been working here, I have been feeling as if every day my strength and youth have been squeezed out of me, drop by drop. And only one desire grows and gains in strength...

IRINA. To go away to Moscow. To sell the house, drop everything here, and go to Moscow...

OLGA. Yes! To Moscow, and as soon as possible.

IRINA. I expect Andrey will become a professor, but still, he won’t want to live here. Only poor Masha must go on living here.

OLGA. Masha can come to Moscow every year, for the whole summer.

IRINA. Everything will be arranged, please God. [Looks out of the window] It’s nice out to-day. I don’t know why I’m so happy: I remembered this morning that it was my name-day, and I suddenly felt glad and remembered my childhood, when mother was still with us. What beautiful thoughts I had, what thoughts!

OLGA. You’re all radiance to-day, I’ve never seen you look so lovely. And Masha is pretty, too. Andrey wouldn’t be bad-looking, if he wasn’t so stout; it does spoil his appearance. But I’ve grown old and very thin, I suppose it’s because I get angry with the girls at school. To-day I’m free. I’m at home. I haven’t got a headache, and I feel younger than I was yesterday. I’m only twenty-eight... All’s well, God is everywhere, but it seems to me that if only I were married and could stay at home all day, it would be even better. [Pause] I should love my husband.

TUZENBACH. [To SOLENI] I’m tired of listening to the rot you talk. [Entering the sitting-room] I forgot to say that Vershinin, our new lieutenant-colonel of artillery, is coming to see us to-day. [Sits down to the piano.]

IRINA. Is he old?

TUZENBACH. Oh, no. Forty or forty-five, at the very outside. [Plays softly] He seems rather a good sort. He’s certainly no fool, only he likes to hear himself speak.

IRINA. Is he interesting?

TUZENBACH. Oh, he’s all right, but there’s his wife, his mother-in-law, and two daughters. This is his second wife. He pays calls and tells everybody that he’s got a wife and two daughters. He’ll tell you so here. The wife isn’t all there, she does her hair like a flapper and gushes extremely. She talks philosophy and tries to commit suicide every now and again, apparently in order to annoy her husband. I should have left her long ago, but he bears up patiently, and just grumbles.

SOLENI. [Enters with CHEBUTIKIN from the dining-room] With one hand I can only lift fifty-four pounds, but with both hands I can lift 180, or even 200 pounds. From this I conclude that two men are not twice as strong as one, but three times, perhaps even more...

CHEBUTIKIN. [Reads a newspaper as he walks] If your hair is coming out... take an ounce of naphthaline and hail a bottle of spirit... dissolve and use daily... [Makes a note in his pocket diary] When found make a note of! Not that I want it though... [Crosses it out] It doesn’t matter.

CHEBUTIKIN. What does my own little girl want?

IRINA. When I woke up to-day and got up and dressed myself, I suddenly began to feel as if everything in this life was open to me, and that I knew how I must live. Dear Ivan Romanovitch, I know everything. A man must work, toil in the sweat of his brow, whoever he may be, for that is the meaning and object of his life, his happiness, his enthusiasm. How fine it is to be a workman who gets up at daybreak and breaks stones in the street, or a shepherd, or a schoolmaster, who teaches children, or an engine-driver on the railway... My God, let alone a man, it’s better to be an ox, or just a horse, so long as it can work, than a young woman who wakes up at twelve o’clock, has her coffee in bed, and then spends two hours dressing... Oh it’s awful! Sometimes when it’s hot, your thirst can be just as tiresome as my need for work. And if I don’t get up early in future and work, Ivan Romanovitch, then you may refuse me your friendship.

OLGA. Father used to make us get up at seven. Now Irina wakes at seven and lies and meditates about something till nine at least. And she looks so serious! [Laughs.]

IRINA. You’re so used to seeing me as a little girl that it seems queer to you when my face is serious. I’m twenty!

TUZENBACH. How well I can understand that craving for work, oh God! I’ve never worked once in my life. I was born in Petersburg, a chilly, lazy place, in a family which never knew what work or worry meant. I remember that when I used to come home from my regiment, a footman used to have to pull off my boots while I fidgeted and my mother looked on in adoration and wondered why other people didn’t see me in the same light. They shielded me from work; but only just in time! A new age is dawning, the people are marching on us all, a powerful, health-giving storm is gathering, it is drawing near, soon it will be upon us and it will drive away laziness, indifference, the prejudice against labour, and rotten dullness from our society. I shall work, and in twenty-five or thirty years, every man will have to work. Every one!

SOLENI. In twenty-five years’ time, we shall all be dead, thank the Lord. In two or three years’ time apoplexy will carry you off, or else I’ll blow your brains out, my pet. [Takes a scent-bottle out of his pocket and sprinkles his chest and hands.]

CHEBUTIKIN. [Laughs] It’s quite true, I never have worked. After I came down from the university I never stirred a finger or opened a book, I just read the papers... [Takes another newspaper out of his pocket] Here we are... I’ve learnt from the papers that there used to be one, Dobrolubov [Note: Dobroluboy (1836-81), in spite of the shortness of his career, established himself as one of the classic literary critics of Russia], for instance, but what he wrote–I don’t know... God only knows... [Somebody is heard tapping on the floor from below] There... They’re calling me downstairs, somebody’s come to see me. I’ll be back in a minute... won’t be long... [Exit hurriedly, scratching his beard.]

IRINA. He’s up to something.

TUZENBACH. Yes, he looked so pleased as he went out that I’m pretty certain he’ll bring you a present in a moment.

[Gets up and sings softly.]

OLGA. You’re not very bright to-day, Masha. [MASHA sings, putting on her hat] Where are you off to?