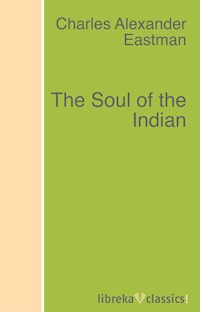 The Soul of the Indian ebook

The Soul of the Indian by Charles Alexander Eastman libreka classics – These are classics of literary history, reissued and made available to a wide audience. Immerse yourself in well-known and popular titles! 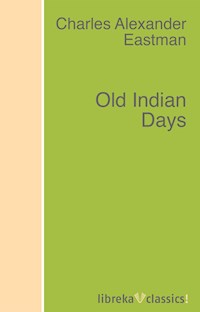 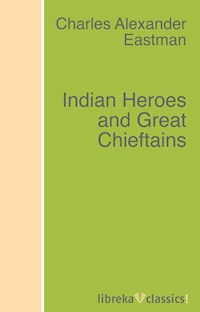 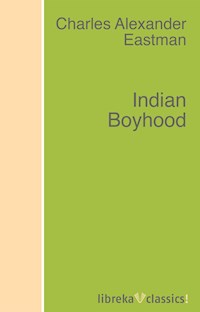 Titel: The Soul of the Indian

THE SOUL OF THE INDIAN

"We also have a religion which was given to our forefathers, and has been handed down to us their children. It teaches us to be thankful, to be united, and to love one another! We never quarrel about religion."

Thus spoke the great Seneca orator, Red Jacket, in his superb reply to Missionary Cram more than a century ago, and I have often heard the same thought expressed by my countrymen.

I have attempted to paint the religious life of the typical American Indian as it was before he knew the white man. I have long wished to do this, because I cannot find that it has ever been seriously, adequately, and sincerely done. The religion of the Indian is the last thing about him that the man of another race will ever understand.

First, the Indian does not speak of these deep matters so long as he believes in them, and when he has ceased to believe he speaks inaccurately and slightingly.

Second, even if he can be induced to speak, the racial and religious prejudice of the other stands in the way of his sympathetic comprehension.

Third, practically all existing studies on this subject have been made during the transition period, when the original beliefs and philosophy of the native American were already undergoing rapid disintegration.

There are to be found here and there superficial accounts of strange customs and ceremonies, of which the symbolism or inner meaning was largely hidden from the observer; and there has been a great deal of material collected in recent years which is without value because it is modern and hybrid, inextricably mixed with Biblical legend and Caucasian philosophy. Some of it has even been invented for commercial purposes. Give a reservation Indian a present, and he will possibly provide you with sacred songs, a mythology, and folk-lore to order!

My little book does not pretend to be a scientific treatise. It is as true as I can make it to my childhood teaching and ancestral ideals, but from the human, not the ethnological standpoint. I have not cared to pile up more dry bones, but to clothe them with flesh and blood. So much as has been written by strangers of our ancient faith and worship treats it chiefly as matter of curiosity. I should like to emphasize its universal quality, its personal appeal!

The first missionaries, good men imbued with the narrowness of their age, branded us as pagans and devil-worshipers, and demanded of us that we abjure our false gods before bowing the knee at their sacred altar. They even told us that we were eternally lost, unless we adopted a tangible symbol and professed a particular form of their hydra-headed faith.

We of the twentieth century know better! We know that all religious aspiration, all sincere worship, can have but one source and one goal. We know that the God of the lettered and the unlettered, of the Greek and the barbarian, is after all the same God; and, like Peter, we perceive that He is no respecter of persons, but that in every nation he that feareth Him and worketh righteousness is acceptable to Him.

I. THE GREAT MYSTERY

IV. BARBARISM AND THE MORAL CODE

VI. ON THE BORDER-LAND OF SPIRITS

I. THE GREAT MYSTERY

The original attitude of the American Indian toward the Eternal, the "Great Mystery" that surrounds and embraces us, was as simple as it was exalted. To him it was the supreme conception, bringing with it the fullest measure of joy and satisfaction possible in this life.

The worship of the "Great Mystery" was silent, solitary, free from all self-seeking. It was silent, because all speech is of necessity feeble and imperfect; therefore the souls of my ancestors ascended to God in wordless adoration. It was solitary, because they believed that He is nearer to us in solitude, and there were no priests authorized to come between a man and his Maker. None might exhort or confess or in any way meddle with the religious experience of another. Among us all men were created sons of God and stood erect, as conscious of their divinity. Our faith might not be formulated in creeds, nor forced upon any who were unwilling to receive it; hence there was no preaching, proselyting, nor persecution, neither were there any scoffers or atheists.

There were no temples or shrines among us save those of nature. Being a natural man, the Indian was intensely poetical. He would deem it sacrilege to build a house for Him who may be met face to face in the mysterious, shadowy aisles of the primeval forest, or on the sunlit bosom of virgin prairies, upon dizzy spires and pinnacles of naked rock, and yonder in the jeweled vault of the night sky! He who enrobes Himself in filmy veils of cloud, there on the rim of the visible world where our Great-Grandfather Sun kindles his evening camp-fire, He who rides upon the rigorous wind of the north, or breathes forth His spirit upon aromatic southern airs, whose war-canoe is launched upon majestic rivers and inland seas—He needs no lesser cathedral!

That solitary communion with the Unseen which was the highest expression of our religious life is partly described in the word bambeday, literally "mysterious feeling," which has been variously translated "fasting" and "dreaming." It may better be interpreted as "consciousness of the divine."

The first bambeday, or religious retreat, marked an epoch in the life of the youth, which may be compared to that of confirmation or conversion in Christian experience. Having first prepared himself by means of the purifying vapor-bath, and cast off as far as possible all human or fleshly influences, the young man sought out the noblest height, the most commanding summit in all the surrounding region. Knowing that God sets no value upon material things, he took with him no offerings or sacrifices other than symbolic objects, such as paints and tobacco. Wishing to appear before Him in all humility, he wore no clothing save his moccasins and breech-clout. At the solemn hour of sunrise or sunset he took up his position, overlooking the glories of earth and facing the "Great Mystery," and there he remained, naked, erect, silent, and motionless, exposed to the elements and forces of His arming, for a night and a day to two days and nights, but rarely longer. Sometimes he would chant a hymn without words, or offer the ceremonial "filled pipe." In this holy trance or ecstasy the Indian mystic found his highest happiness and the motive power of his existence.

When he returned to the camp, he must remain at a distance until he had again entered the vapor-bath and prepared himself for intercourse with his fellows. Of the vision or sign vouchsafed to him he did not speak, unless it had included some commission which must be publicly fulfilled. Sometimes an old man, standing upon the brink of eternity, might reveal to a chosen few the oracle of his long-past youth.

The native American has been generally despised by his white conquerors for his poverty and simplicity. They forget, perhaps, that his religion forbade the accumulation of wealth and the enjoyment of luxury. To him, as to other single-minded men in every age and race, from Diogenes to the brothers of Saint Francis, from the Montanists to the Shakers, the love of possessions has appeared a snare, and the burdens of a complex society a source of needless peril and temptation. Furthermore, it was the rule of his life to share the fruits of his skill and success with his less fortunate brothers. Thus he kept his spirit free from the clog of pride, cupidity, or envy, and carried out, as he believed, the divine decree—a matter profoundly important to him.