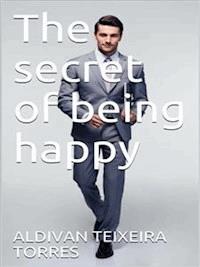 The Secret Of Being Happy ebook

”The Secret Of Being Happy” brings the main lines concerning fifty-four professions. In them, the reader will come across the pros and cons of each professional axis facilitating understanding through examples. More than a manual, he is a very useful professional identification guide especially for students, scholars in general or those who want to try to change their profile by looking for a new job market option. I wish everyone a good read! 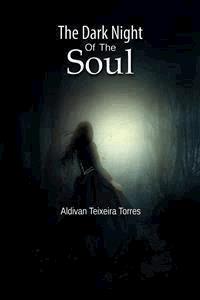 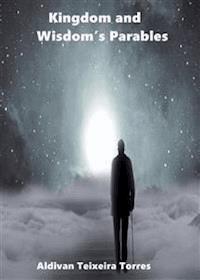 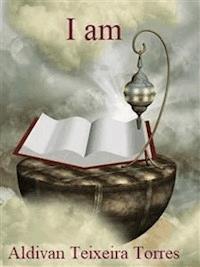 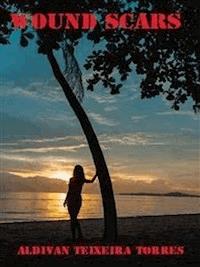 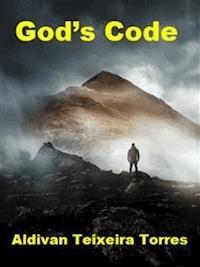 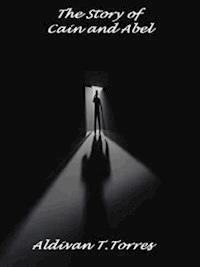 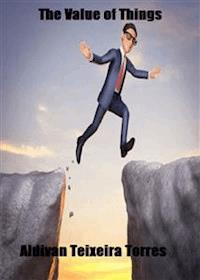 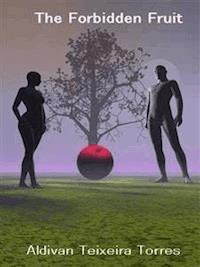 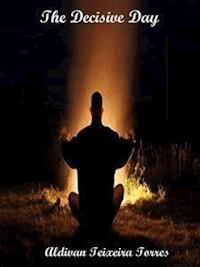 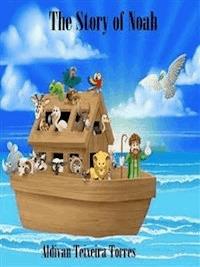 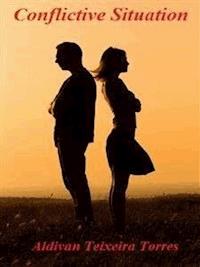 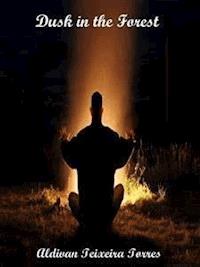 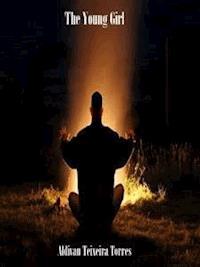 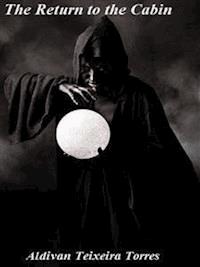 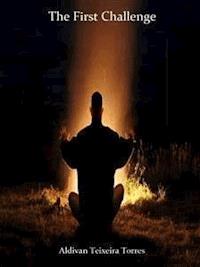 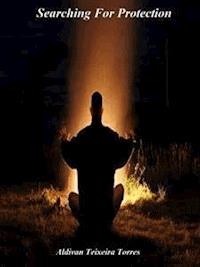 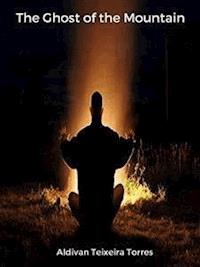 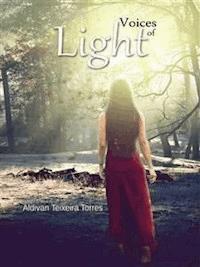 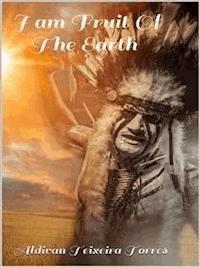 "The secret of being

The secret of being happy

All the rights reserved

This book, including all its parts, is protected by copyright and don’t can to be reproduced without Autor’s permission, resold or transferred.

Short Biography: Aldivan Teixeira Torres, born in Arcoverde-PE-Brazil, develops the series of novels "the seer", poetry, books of the genre self-help, religious, the field of wisdom, among others. To date it has published titles in Portuguese, Spanish, English, French and Italian. From an early age, he has always been a lover of the art of writing and has consolidated a professional career since the second semester of 2013. He hopes to contribute to the Pernambuco and Brazilian culture, arousing the pleasure of reading in those who do not have the habit. Your mission is to win the heart of each of your readers. Besides literature, his main tastes are music, travel, friends, family and the very pleasure of living. "For literature, equality, fraternity, justice, dignity and honor of the human being always" is his motto.

The case of Richard Koll and Selena Beck

A life marked by fantastic turns

A profession that gives priority to elites

Have attitude to change

An example of heroism

An angel on earth

The pleasure allied to the profession

A master of world architecture

A singer who marked the season

The precursor of Brazilian design

In the computer age

The father of modern chemistry

The value of cooperation

A joke to others

A little bit of the little dreamer of the cave

The patron of Brazilian education

I dedicate this book to all the workers who jointly collaborate for the development of the country. Big or small, they play an important role.

Thank you for another achievement to God in the first place, my family, my co-workers, my friends, acquaintances, admirers of my work and those who encourage national literature. Let's make this country a place of full culture.

"Work is love made visible. And if you cannot work with love, but only with disgust, it is better to leave work, sit at the door of the temple and take alms to those who work with joy." (Khalil Gibran)

The secret of being happy brings some of the most important professions of the current scenario in relation to the labor market. More than a guide for students and scholars in general, it is an essential text in the search for your professional identity. I wish you all a good reading.

Henry Rafaz has always been a young man integrated into the social, technological and financial world. A middle class native, he saw the opportunity to specialize in a college. He chose Administration with the certainty of the world. Since he lived in São Paulo, the opportunities in the labor market would not be lacking.

During the graduation period, he sought more information about his area. According to the research, the administrator was responsible for managing the material resources, financial or human resources of the company. The field of activity of this professional is in public or private organizations acting in virtually all departments. The essential prerequisite is knowing how to drive the business goals, which involves planning, executing, correcting, controlling and analyzing results. With the knowledge gained in college and his own experience, he would know exactly how to act in situations of risk or bonanza. Thank God, he had made the right choice.

This four-year period in which he improved his professional side was also rich on the personal side: He had a good relationship, he expanded contacts, he had good and bad aggregating experiences, learned a little more of life and religion, strolled and reflected. What remains of all this has been the certainty that life is a great challenge and that the way of dealing with it completely changes its meaning. Hence the sense of having the administration as a profession. At the end of this time, he finished his university studies, got married and started planning the next steps of his life.

Life for two is one of the biggest challenges a couple can have. Henry and Marcela were experiencing this phase after two years of dating and engagement. The two met in the college cafeteria and it was love at first sight. Who took the initiative was her to approach, to introduce themselves and to ask for information about the city. Marcela was a native of Porto Seguro-Bahia and moved to São Paulo because of family problems. Her pale skin, her pale face, her sculpted body, and her large eyes were something that immediately caught the attention of the young administrator. Showing himself kind and solicitous, he gave warm tips and advice on the city and the people in general. How sympathetic to her, she provided him at the end of the conversation with his personal phone number and his social networks. From this day on, the meetings began, exchanged the first kisses and hugs, officialized the courtship and later, the engagement. Now they were married having to reconcile their personal interests which was not easy. Luckily, they were already stabilized. They were the modern type of couple in which both worked and cared for the household chores. By common agreement, they had plans to grow further.

Their next step was to plan to have children. As it was their will, they had three babies. Unable to take care of them directly for professional reasons, they hired a trustworthy nanny named Rebecca who was Marcela's cousin. At the same time, they continued to specialize in their respective professions: Administration and Linguistics. Everything in their lives was well except for contact with their children. But it was a necessary choice for their own good. This is a common reality in families set in the big city.

The children grew up, the couples were getting high positions in their areas which was a source of pride for the whole family. They had stumbled but they managed to get up again.

Some time later, they retired and formed their children living in full happiness. It is clear that whoever prepares and is a good professional will always have his place in the job market even though we are experiencing a catastrophic crisis. Experts are unanimous in saying that what is missing is qualification for the Brazilian worker. Fortunately, it is not the case of this couple presented who knew how to overcome difficulties, find solutions, plan every stage of their life. Despite having unforeseen events, the important thing is to have a starting point and not despair. If you are the idealizing type, the management course is perfect for your dreams.

The case of Richard Koll and Selena Beck

Richard and Selena were born and raised in the same region of downtown Toronto-Canada. Since they were small, they have always maintained contact because the families have a close relationship of friendship. The boy used to be the stereotype of the spoiled, irresponsible, liberal young man. His tender way of being caught the girl's attention. Besides that, he was handsome, handsome and handsome. It certainly was a challenge for any girl who cared about her honor. Is it possible to conquer such an untamed heart? This was the object of that passionate girl.

Due to their closeness, many opportunities appeared for her to declare her love, but her desire always ran up against her timidity and the possible reaction of her parents. She was almost certain that her relationship would not be accepted because of the boy's unpretentious way of being and the fact that he belonged to an aristocratic, principled family. In this way, the days went by and the situation between the days remained the same: A beautiful friendship.

At one point, there was a radical change in Richard's life: He took his wits and went to the family business to go and live inside the province on his parents' ranch. With that decision, the contact with the family of the girl was scarce. Full of nostalgia, the young woman took advantage and invented any excuse to visit her beloved secret.

In the day and time combined, the meeting happened and they talked a lot. The young man spoke about his future plans and even commented on the dream of arranging a marriage. It was there that she took advantage and revealed her desire to know him better. To his surprise, he returned, giving her a kiss and a hug. Thus, began the official courtship between the two for the general happiness of all.

Together, they built a clean, discreet, promising and loving relationship. Following his dream, Rich joined the faculty of agribusiness and agriculture. This had everything to do with his current function at the farm that was to manage the administrative, financial, economic and social aspects related to agricultural and livestock production activities. In four years, he completed his training and was already able to officially assume these responsibilities. Of breaking, he engaged and soon afterwards got married. His moody neighbor was really his soul mate. About this he was sure. Their plans involved having children, acquiring business and home ownership, traveling extensively, and growing old together. Surely, they deserved to be happy forever.

A life marked by fantastic turns