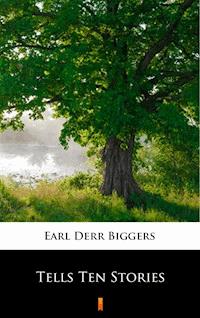 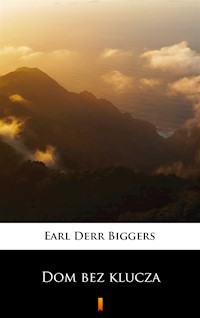 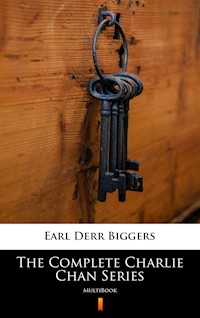 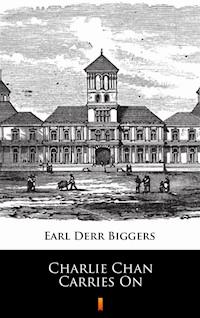 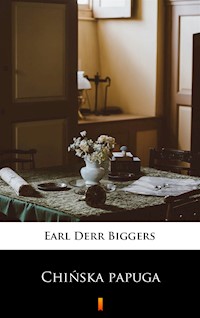 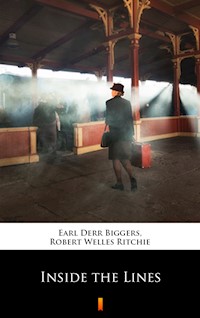 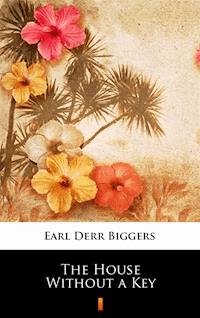 The House Without a Key
Earl Derr Biggers 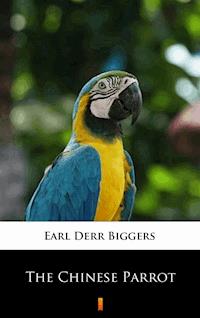 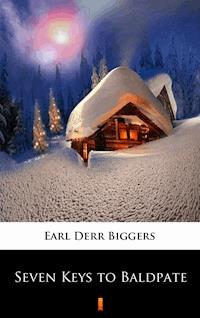 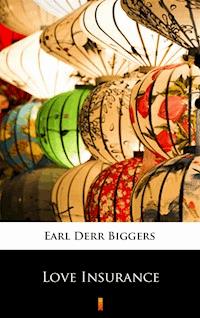 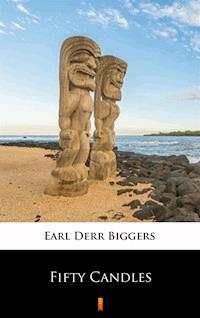 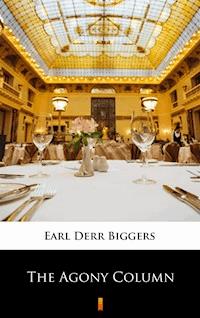 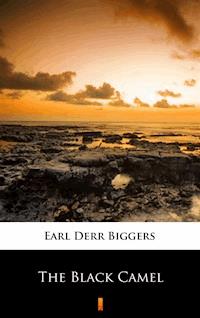 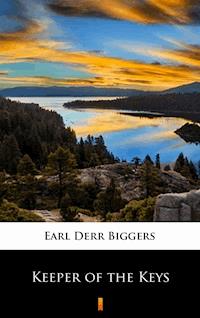 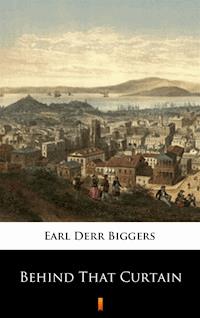 Behind That Curtain
Earl Derr Biggers 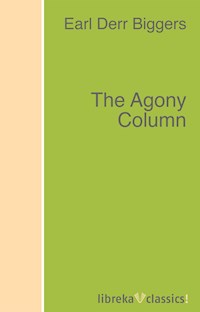 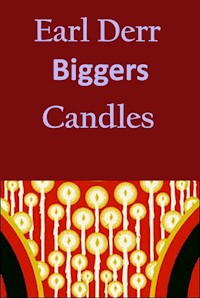 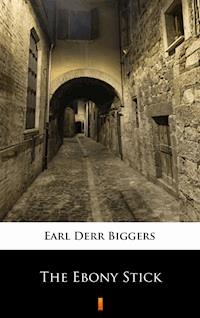 MOONLIGHT AT THE CROSSROADS

THE HEART OF THE LOAF

THE GIRL WHO PAID DIVIDENDS

A LETTER TO AUSTRALIA

NINA AND THE BLEMISH

MOONLIGHT AT THE CROSSROADS

“YOU lie, Hilary,” said the woman in the deck chair. She looked very lovely but a bit weary in the light of the dying sun. Behind a jeweled hand, she stifled a little yawn. “You know you lie.”

“My dear Isabelle, isn’t that rather unfair?” The tall, distinguished-looking man stood with his back to the rail, his hands thrust deep into the pockets of a tweed coat. His thin, handsome face was calm; though he stared down at the pale-gold hair, the violet eyes of a famous beauty, he appeared unmoved.

A famous beauty, yes, he was thinking, but a beauty past her noontime. Too bad that even the loveliest flowers must fade.

“Unfair? I think not,” the woman answered. “You were always a liar–I see that now. That wonderful time at Mentone?”

The man shrugged. “Why go back to Mentone?”

“Why not? I believed you then, because I wanted to believe. But now I know–when you said there was no other

“Isabelle!” He knelt by her chair, but she looked away, down the deck, at a middle-aged man who stood by the rail, idly swinging a monocle over the side and staring off to where the sun dipped down into a sea as crimson as his own complexion. “Isabelle, if we must go back to Mentone, let’s go back to the happiness of those weeks–the perfume of the roses, the pale moon in the star-decked sky, those warm nights on the terrace.”

“Sir James!” called the woman. The man down the deck galvanized into life. “Sir James enters on the word ‘terrace’” she explained.

“Ah–er–ah–yes–pardon me,” remarked Sir James, arriving promptly. “I was admiring the sunset.”

He stuck the monocle in his eye and was suddenly an actor. “Er–er–ter-race.” He clattered his feet on the spotless deck. “I come in. My line, old chap. Here you are, like two love birds, and so and so and so, ending–”

“Just a moment.” The tall man had risen quickly to his feet. “I–I don’t understand. According to my part”–he took a rumpled roll of manuscript from his pocket–“I have a scene here–a rather good scene–”

The woman sighed wearily. “That stupid fool of a Nixon–he gave you the original part. The scene you speak of was never played in the London production. Mr. Thatcher can tell you.” She glanced at Sir James. “He was with me in London.”

The tall man smiled. “I see,” he said. “A corking good scene for Hilary, I thought it. He recalls to her all that they meant to each other at Mentone; for a brief moment he has almost won her again. She is very nearly in his arms.”

“My one chance in the piece,” persisted the tall man.

The woman’s eyes narrowed, her mouth hardened. “The scene is out,” she said. “You understand that, Mr. Wayne?”

Her eyes flashed. “Just what do you mean by that?”

“You are the star,” he replied. He paused. “Your word is law.” He took out a pencil and scribbled something on the script. “There, the scene is out. And doubtless it won’t matter particularly–in Australia.”

Two young people came suddenly upon them–a slender girl with sleek, bobbed, coal-black hair, an English boy with rosy cheeks and frank gray eyes. They stopped. “Rehearsal?” cried the boy. “I say, did you want us?”

“No,” said the star. The couple moved on; the girl called back over her shoulder, “Isn’t it a glorious evening?”

The three by the rail looked after them. “All their evenings are glorious,” Wayne remarked gently. “Their days too. They’re going to be married in Sydney, they tell me. And young Mixell was about at the end of his rope when this engagement offered. You see, Miss Clay, what happiness your tour is bringing to others.”

The woman shrugged. “Happiness, you say? I wonder. It happens that I was married once, myself. Happiness, perhaps, for a little time.” It was characteristic of her that though she was speaking now of her own experience, what she said still had the ring of lines from a play.

“Ah–er–yes,” said Wayne. “But to continue–let me get this right. Isabelle, if we must go back to Mentone–and so and so–warm nights on the terrace–”

Mr. Thatcher restored his monocle. “Here you are, like two love birds. Frightfully silly line, that. I always hated it. I don’t suppose I could say– “

The ship’s clock spoke sharply, four times. Passengers were appearing on deck with that air of bright expectancy those on shipboard wear as the dinner hour approaches.

“Six o’clock,” remarked Sibyl Clay. “We may as well drop it. I must dress, even for one of these beastly dinners.” Her face lighted suddenly with a charming smile. Swinging about, Wayne saw the cause. A good-looking, tanned man of thirty-five or so was drawing near. “Come here, Mr. Maynard,” continued the famous star. “I am very, very angry with you. You have neglected me all day.”

The newcomer obeyed. He was flattered, as any man would have been. “I was punishing myself,” he told her, “for my sins.”

“What tiny, unimportant sins they must be,” said Sibyl Clay.

“On the contrary,” he answered, “I have to-day endured the ultimate in torture. I’m sure you gentlemen agree?”

“Rather nice evening,” Maynard remarked. “A sample of our Hawaiian climate. I hope you’re going to like Honolulu. It’s my home town, you know.”

“I shall love it,” the actress promised.

The lovely lips pouted. “Hardly at all. So stupidly arranged–my tour. I should like to have played in Honolulu, but we spent nearly a week in Los Angeles, and now we must hurry on to Australia at once. They’re so eager for me over there. Isn’t it sweet of them?”

Maynard seemed disappointed. “Then it’s only between boats?” he inquired.

“Yes,” Wayne told him. “We land at ten Tuesday morning, I believe. The boat from Vancouver comes in at two and sails for Sydney at ten that night. We shall have only twelve hours in your Honolulu, Mr. Maynard.”

Maynard shook his head regretfully. “Not enough,” he said. “Twenty-four hours–and none of you would ever leave us. But twelve–why, you’ll have hardly a taste of our moonlight!”

“Sit down–do,” urged Sibyl Clay, “and tell me about your moonlight, Mr. Maynard.”

The tanned young man dropped quickly into the chair at her side. She looked up at the two members of her company.

“Our rehearsal will be resumed to-morrow morning in the lounge. We’ll take this piece from the beginning.”

Wayne bowed. “By the way,” he said, holding out his part, “it seems rather useless my learning lines that are no longer in the piece.”

“See Nixon,” advised the woman sharply. “He will give you the part as Bentley played it in London.” Her eyes went back to Dan Maynard’s face, their expression altered magically.

“I’ve heard so much of your Hawaiian moonlight ” she began.

Norman Wayne and Thatcher strolled off to a distant part of the deck. Wayne’s mouth was set in rather grim lines.

Thatcher nodded. “Of course,” he replied. “A selfish little beast, this Clay woman. I’ve played with her–I know. But one doesn’t rise to the heights without a bit of trampling, old chap.”

“Rather surprising–her mention of her marriage. He wasn’t a bad sort–her husband, I mean. She killed his spirit, squandered his money, tossed him aside like a flattened orange. Oh, she’s been on the make, my lad. You’ll have very little opportunity I was surprised when you took the engagement, a bully good actor like you.”

“Oh, one wants a change. I’ve always hankered to take a look about, down yonder. The South Seas–they fascinate me. Travel and see the world, I thought. I presume your reasons were quite different. You’ve been in Australia before, you said.”

“Started there,” nodded Thatcher. “No, I’m not precisely going for the ride. But engagements are none too plentiful at home, you know.”

“We’ve all learned that,” admitted Wayne. “Rather rough time for the artist. Ah, yes, whether our sweet star fancies the role or not, she’s a great philanthropist. A year in repertoire in Australia–it’s a life-saver for some of us. For instance–”

He nodded toward a little old lady who approached at a rapid gait. “And how’s our Nellie to-night?” he inquired as she came up.

A beautiful smile appeared on the lined old face. “Keen as mustard,” said Nellie Fortesque. “Working again. Bless you, I thought my run had ended for ever. Working, and the weather’s perfect, and my tired heart has stopped jumping about. I don’t think I’ve ever been so happy.”

“Wayne here,” remarked Thatcher, “has just discovered that his best scene is out of our opening piece.”

The old lady tapped Wayne on the shoulder.

“Don’t you care,” she comforted. “Don’t you worry. You’ll play second fiddle, my boy, and a very soft music at that. We all will. But what of it? We’re working. And if our star is a little touchy, can you blame her? Australia for a year–it makes us happy, but it makes her sad. She’s passed the hilltop; she’s coasting down. Poor child! I was on that hilltop once myself. But I mustn’t stop here chatting. I’m walking two miles before dinner.”

She went on down the deck, and Wayne smiled after her. “It’s added ten years to her life, this engagement,” he said. “It’s rescued Harry Buckstone at the very door of the almshouse. It’s given young Mixell and that girl their chance to marry. It’s showing me the world. Odd turn, isn’t it, that so notably selfish a woman should be the instrument of so much happiness? … Well, I must go below.”

As he passed Sibyl Clay’s deck chair he saw that she was leaning very close to Dan Maynard’s broad shoulder and talking in a low voice. Wayne smiled. The great star was playing Juliet again–Juliet, so young, so fair, so innocent.