Keen to learn but short on time? Get to grips with the life and career of Franklin D. Roosevelt in next to no time with this concise guide.

50MINUTES.com provides a clear and engaging analysis of the life and political career of Franklin D. Roosevelt, the 32nd president of the United States. When Roosevelt was first elected in 1932, the USA was in the midst of the Great Depression, a major economic crisis. Thanks to a series of progressive, interventionist measures known collectively as the New Deal, the new president was able to set the economy on the path to recovery and drastically reduce unemployment. He also steered his country through the Second World War and played a crucial role in the establishment of the postwar world order, notably through his contribution to the creation of the United Nations.

In just 50 minutes you will:
• Find out about Roosevelt’s political career, from his days as governor of the state of New York to his four terms as president
• Understand the main programmes of the New Deal and their impact on the American economy
• Learn about Roosevelt’s leadership during the Second World War and find out how he contributed to the peace process 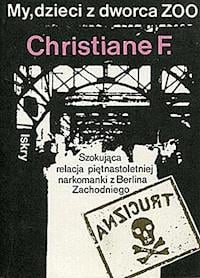 Franklin D. Roosevelt is the only president of the USA to have been elected for four consecutive terms, and now ranks alongside George Washington (1732-1799) and Abraham Lincoln (1809-1865) as one of the country’s most famous and revered presidents.

He was born in 1882, was a member of the Democratic Party, and played a crucial role on the national and international stage in the 1930s and 1940s. He began his political career as governor of the state of New York, but his reputation rests on his actions as president. He was first elected three years after the 1929 Wall Street Crash, which plunged the USA into the Great Depression, and implemented the New Deal, an interventionist programme which revived the country’s economy. He is also remembered for bringing the USA’s isolationist policy to an end following the Japanese attack on the Pearl Harbor naval base in December 1941. After bringing his country into the war, Roosevelt, as commander-in-chief of the US army, played a central role in the Allied victory. At the end of the war he attended the Yalta Conference (February 1945) and laid the foundations for the United Nations.

After he contracted polio in the 1920s, Roosevelt’s lower limbs were left paralysed. He retired from the presidency in March 1945 due to his declining health, and died of a massive brain haemorrhage at his home in Georgia on 12 April. His death sent shockwaves across the US and around the world. As stipulated in the United States Constitution, it was left to his vice-president, Harry S. Truman (1884-1972), to serve the remaining three years of his term and put an end to the war.

Franklin Delano Roosevelt was born on 30 January 1882 to a wealthy aristocratic family. His father, James Roosevelt (1928-1900), was descended from Dutch immigrants who arrived in America in the 17th century, while his mother, Sara Ann Delano (1854-1941), whose family had also immigrated during that era, had Franco-Luxembourgish roots. Thanks to his mother’s business interests, in particular in the opium trade with China, the future president inherited a vast fortune.

The young Franklin spend his childhood in the countryside at Hyde Park, around 60 miles from New York City, and abroad, particularly in Europe, where he learnt French and German. After being home-schooled as a child, from the age of 14 he attended the prestigious Groton School in Massachusetts, which emphasised the values of Christian duty, charity and patriotism. He enrolled at Harvard in 1889 to study for his BA, then continued his studies at Columbia University Law School, but lacked interest and soon dropped out.

Photograph of Roosevelt at Groton School at the age of 18.

Roosevelt’s career began in 1907 when, having passed the bar exam in New York, he started working for a prestigious law firm on Wall Street to contribute towards his family’s expenses. However, he had little enthusiasm for his work.

Roosevelt had briefly met his distant cousin Eleanor Roosevelt (1884-1962) as a child, but met her again at a society event in New York in 1902. They saw each other on a number of occasions that year. Eleanor was the niece of Theodore Roosevelt and, like her uncle, was descended from the branch of the family that came from Oyster Bay, while Franklin belonged to the other branch, which originated from Hyde Park. Their shared ancestor was Nicholas Roosevelt (1658-1742), the son of the first Roosevelt to arrive in the New World.

Eleanor was orphaned before the age of 10 and educated at a prestigious English boarding school. While there, she developed a passion for current events, learnt French and travelled around the continent. She met Franklin shortly after her return to the USA. They were married on 17 March 1905, with Theodore Roosevelt as one of their wedding guests, and went on to have six children together, one of whom died in infancy.

His career turned in a new direction in 1910, when the Democratic Party, which saw him as the ideal candidate due to his prestigious family name and immense fortune, approached him about entering politics. After a somewhat unconventional campaign, he was elected senator for the state of New York in 1911. During his term, he fought against corruption within the Democratic Party and attracted the attention of Woodrow Wilson (1856-1924), the recently elected Democratic president.

From the navy to the vice-presidential candidacy

In March 1912, Roosevelt stepped down as senator to follow Wilson to Washington D.C., where he became assistant secretary of the navy (1913-1921). He was passionate about everything related to navigation and threw himself into his new role, taking an interest in both national and international issues, although he did not share the pacifistic views of Wilson’s government when the First World War broke out in 1914. As part of this role, he was sent to the front to inspect the US naval forces, where he met Winston Churchill (1874-1965), who at that time was Minister of Munitions.

Photograph of Roosevelt taken in 1913 while he was assistant secretary of the US navy.

In 1920, after overseeing the dismantling of the naval bases in Europe, Roosevelt was nominated as the Democratic vice-presidential candidate, with the party hoping to capitalise on the reputation he had acquired during the war. However, the Republican Warren G. Harding (1865-1923), who campaigned on the theme of a return to normalcy, soundly defeated the Democratic candidate James Cox (1870-1957).

Difficult years and election as governor of New York

After the Democrats’ defeat, Roosevelt went back to his law career as the head of a New York law firm. In 1921, while he was staying with his family at his property in Campobello (Canada), he contracted an illness that left his lower body permanently paralysed. He was subsequently diagnosed with poliomyelitis.